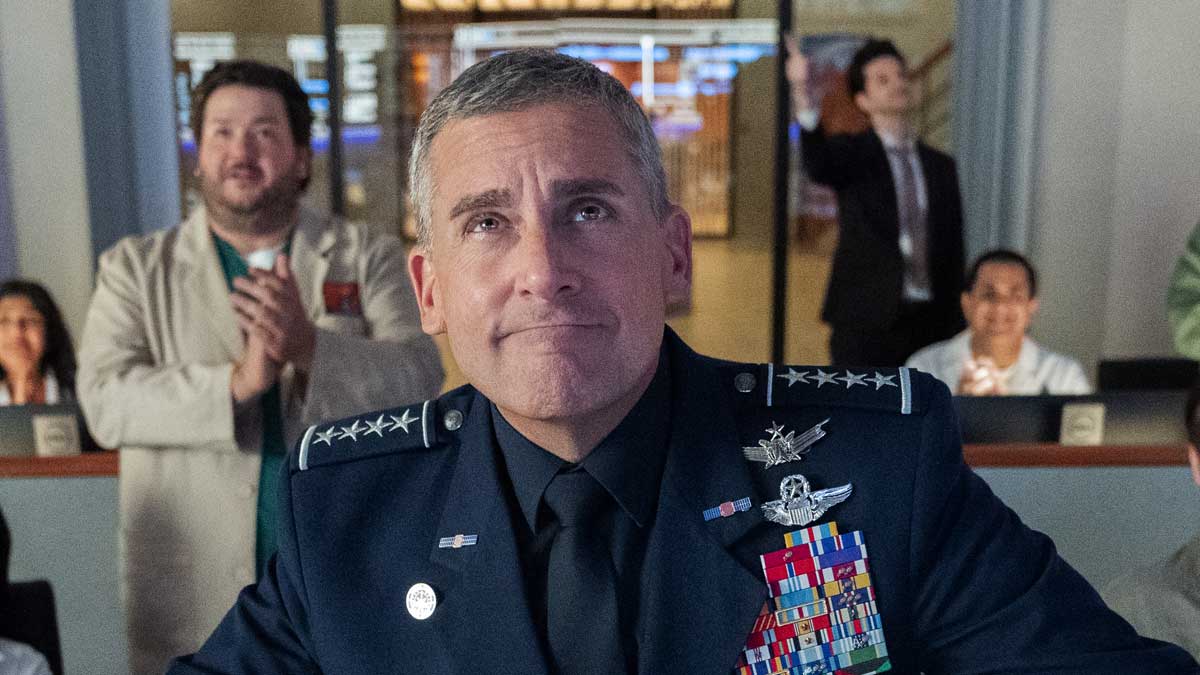 One thing we all need right now is new content. We are all trying to preoccupy ourselves with all sorts of media, be that new video games, movies released early out of theaters, or Netflix documentary series about crazy cat people, but what we all crave is new content. Netflix has you covered on that front; they are always cranking out new shows and movies, some we had no idea were even in production, let alone being released. Well, here are some new Netflix original shows for 2020 that you can put on your calendar this year, and out your mind at ease.

The Eddy – Release Date: May 8

I know exactly what you are thinking: when are we going to get a musical miniseries about the struggles of running a jazz club in Paris? Well, you are in luck, because here it is. Part musical, part family drama, part thriller, this eight episode miniseries will either have you snapping your fingers or crying along with the characters. Probably.

The show is produced and partly directed by Damien Chazelle, director of La La Land and Whiplash, and starring André Holland of Moonlight and Castle Rock fame. Since it is set in France, and as such, the show will feature dialogue in English, French, and Arabic. If you need a little music in your life, this is the show for you.

Check out a trailer for the show here.

A highly anticipated workplace comedy from the kings of workplace comedy, Parks and Rec creator Greg Daniels and The Office star Steve Carell, it’s likely that this show will be funny. The series centers on the scientists and military personnel tasked with establishing the United States Space Force.

Starring Carell, John Malkovich (Red, Being John Malkovich), Ben Schwartz (Parks and Rec, Ducktales), and Lisa Kudrow (Friends), the show has a lot of comedy promise. With ten episodes coming in May, hopefully it will live up to its lofty expectations.

The Haunting of Bly House is based on the 1989 horror novella The Turn of the Screw by Henry James, in which a governess caring for two children at a remote manor begins to think the place is haunted. Coming from the same development team as The Haunting of Hill House, the cast will also remain largely the same, but drops Timothy Hutton and adds iZombie and Gears 5 actor Rahul Kohli.

The show finished filming on February 21, 2020, and will release sometime later this year.

Believe it or not, there are 13 films in the Ju-On series, from the first Ju-On film in 2000 to the 2020 American reboot of the series, The Grudge. The image of a pale woman with long black hair is both iconic and terrifying, and here is the scariest part: it’s based on a true story.

Ju-On: Origins has a landing page on Netflix that reads “The J-Horror classic franchise Ju-On was actually based on real events that occurred over four decades – and the truth is even more terrifying.”

There isn’t a lot of information yet other than that quote, but it is assumed to be either a documentary about the origin story, or a dramatization. Either way, it is set to come out this summer worldwide.

Adding to Netflix’s fantasy line-up, Cursed is a re-telling of the Arthurian legend, but from the perspective of a woman named Nimune, who is destined to become the Lady of the Lake. A young Arthur will be in there, and Merlin too, in order to give a new perspective on a really, really old tale.

Cursed is based on an illustrated novel written by Tom Wheeler (Puss in Boots, The Cape) and illustrated by prolific graphic novelist Frank Miller, know for Sin City and The Dark Knight Returns. The show is set to star Katherine Langford, who recently starred in 13 Reasons Why and Knives Out.

Netflix’s anime line-up is still expanding, with a Pokemon series on the way, Castlevania season 4 being greenlit, and now, a Pacific Rim anime. The show has already been picked up for two seasons, and will center around a pair of siblings who find an abandoned Jaeger and trying to find their parents.

The show is being helmed by writers Craig Kyle and Greg Johnson, both of whom have been writing for Marvel for many years. The cast has yet to be announced, and the show’s first season is slated for release later this year. The giant mech vs. giant alien will hopefully reach its full potential in anime.

Kaos is going to be a lot of things at once. It’s a darkly comic contemporary reimagining of Greek and Roman mythology on par with the scale of Game of Thrones, and the look of the 1996 Romeo and Juliet. If you like one or more of those things, then you’ve definitely got something to look forward to.

That description, coming from creator and writer Chris Covell (End of the F***ing World), is all we know about the show at the moment. Netflix has yet to release the cast or official plot details, but the show’s landing page on Netflix has it slated for a 2020 release, so we must stay hopeful.