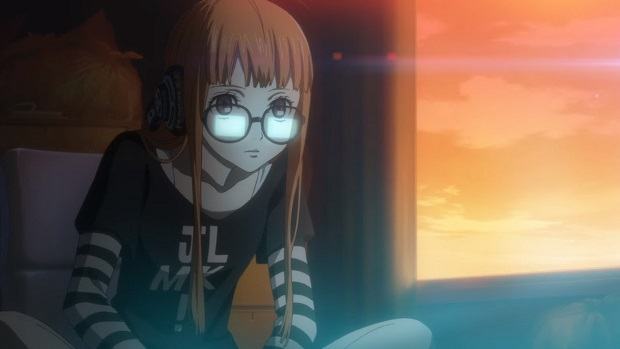 Persona 5 Royal is finally out today, and it adds a lot — and I mean a lot — of new story content. As if the 100 hour playtime of the original game wasn’t enough already, Atlus thought adding even more new stuff on top of that would be a great idea. I’ve played and beaten Persona 5 Royal. I’ve seen the new stuff. It’s quite good, but not as impressive as a certain dungeon from the vanilla game: the Pyramid of Wrath.

Warning: Spoilers ahead for the Pyramid of Wrath dungeon and Futaba Sakura’s character arc in Persona 5.

By far the biggest issue with Persona 5 was the weak main cast. As I outlined in my review of the original game, they all just felt like reskinned and less interesting versions of characters we’d already seen in past games in the series. There are a couple of standouts, but far and away the best and most well-written character in this game is Futaba Sakura.

The reason for that is simple: she’s the only character in the game (for base Persona 5, at least) who gets an entire dungeon dedicated to her and her inner self. The theme of Persona 5 centers around stealing the hearts of bad guys and criminals, and because of that, the dungeons are designed around the psyches of these villains that we’re only going to see for a short while before they disappear for the rest of the game.

That, in and of itself, is already an issue with the very foundation of Persona 5 because the game spends so much time focusing on these minor villains, all without pushing the main plot forward until a little more than halfway through its runtime, and without giving real development to the main characters.

Futaba is the sole exception to this rule, as the Pyramid of Wrath marks the first time in the game where the Phantom Thieves go on a mission, not to steal the heart of a bad guy, but to change the heart and cognition of a deeply damaged and traumatized girl. Because of this, the entire dungeon centers around Futaba’s past trauma and her troubled relationship with her mother.

The Pyramid of Wrath feels like a full, proper character arc for Futaba –something that not many of the other characters get, save for Morgana, and perhaps Makoto. All throughout your romp through this somber dungeon, you learn about Futaba’s worries, her insecurities, and the tragic way she deals with her mom’s passing at the end of it all.

That’s why when you finally manage to push her out of her shell and get her to confront the true reality of what happened, it’s incredibly cathartic and satisfying. Futaba is finally able to accept that she wasn’t the cause of her mom’s death at all, and it feels good to be able to watch her entire journey towards acceptance.

Truly, the Pyramid of Wrath feels like it would fit so well in Persona 4, a game that was all about facing yourself and conquering your own doubts and fears. The reason why Persona 4 is still so beloved and arguably the most popular game in the series is because of its characters; these guys all had their own dungeons and story arcs, and each of them go on a journey of redemption before finally being at peace with themselves.

Getting to witness those journeys for each and every character in Persona 4 is what makes them so relatable, and it’s why Persona 4 will continue to reign as the pinnacle of the series. Granted, Persona 5 Royal does attempt to give its main cast some added depth with the new story content, but frankly, it’s too little too late, and it’s just difficult to flesh them out more with the way the game is structured.

Futaba and the Pyramid of Wrath continue to be the shining light of the Persona 5 experience, and it’s still a damn shame that the game couldn’t quite do justice to the rest of the main cast.