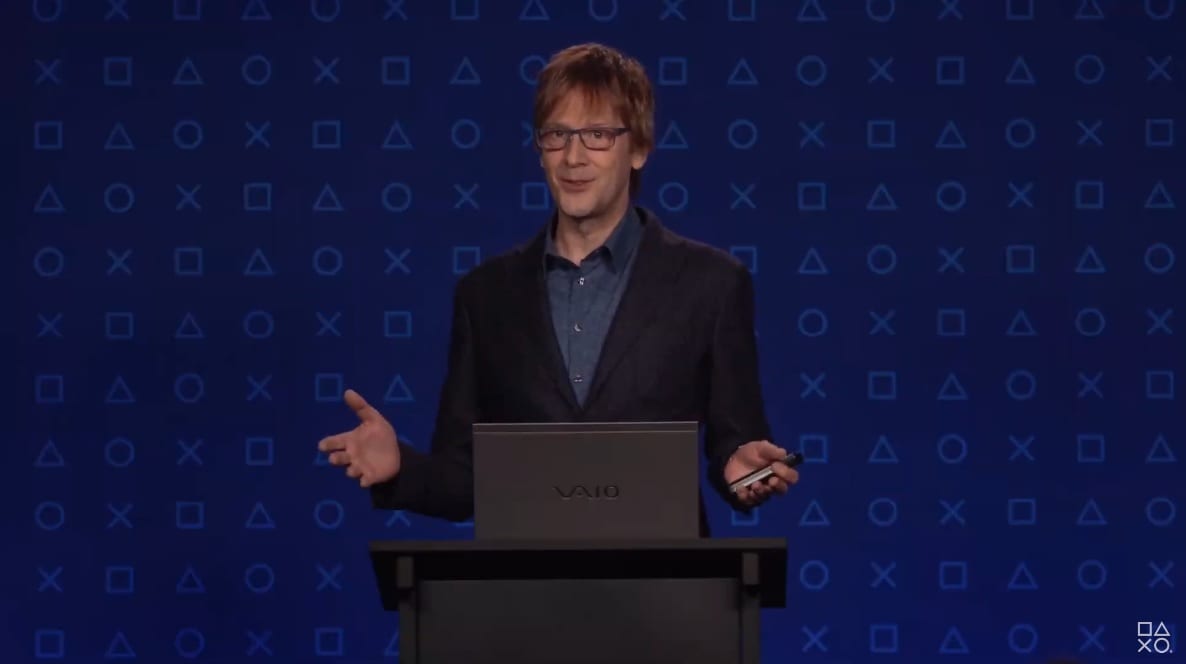 Sony likely had its fanbase dancing around the room yesterday when it announced plans to deliver a presentation detailing its upcoming PS5 console. At last, they surely thought, this was the watershed moment that would finally spotlight a console that has been puzzlingly shrouded in secrecy only six months before its presumed launch date.

However, while certainly informative, the presentation we got wasn’t quite the coming-out party many would have been hoping for.

There was no music, no exciting montage, no flashy graphics or talking heads delivering excited forecasts on the console’s potential as Microsoft has (painfully) subjected us to in recent years. There wasn’t even a single image of the PS5. Instead, today’s presentation was quite literally a recording of Mark Cerny standing in front of a green screen delivering a seminar to an empty room.

Void of any pomp and flair whatsoever, it was an hour-long lecture on the design imperatives that inspired Sony’s approach to PS5 architecture which was quite obviously designed for a GDC conference that never happened. Just as advertized, it really was a deep, deep dive into the hardware’s conceptualization — fascinating to techies, I’m sure, but likely gobbledygook to most onlookers.

The point, of course, is that while Microsoft charges forward with an exciting promotion of its Xbox Series X console, Sony insists on continuing this conservative dolling out of the nuances and minutia that inspired PS5’s design.

In essence, Cerny’s words today were really just a continuation of those he’d delivered previously behind-closed-doors to Wired last year. Most of it was retreading the same ground only more thoroughly, even using the same Spider-Man loading SSD loading time example among others.

The only difference was that this time is we did at least get some hard facts on specifications, which at least gives us our first opportunity to play top trumps between the PS5 to Microsoft’s Xbox Series X and compare the two head-to-head.

What separates the two as of right now, however, is the industry mindshare — something that Sony has long held complete control of but may be in danger of ceding slightly in its shyness to reveal PS5 explicitly. And that’s the bottom line here: Microsoft is “winning” this early portion of the next-generation console war by default. Sony just isn’t ready to show up properly.

It’s frustrating but actually not all that surprising. For starters, the writing was on the wall that today’s presentation was had been earmarked for GDC. It was always likely to be another long-winded, tech-heavy presentation originally targeted at industry analysts, developers, and media. In other words, totally unsuitable as a catalyst for stimulating a bit of much-needed hype. The mistake was, perhaps, in the messaging.

Indeed, the sudden promise of PS5 information in yesterday’s announcement is sure to have conjured much grander ideas of a retort to Microsoft’s recent Series X presentation. It was clearly never designed to be, though, and maybe in hindsight, Sony should have either adjusted its original plans or been even more categorical on exactly what we were in for today.

Regardless, and more pertinently, it’s likely that economic uncertainty as a result of the coronavirus pandemic is fueling Sony’s conservatism. As the situation has become more serious, the instability of the market simply doesn’t guarantee numbers as once did. If things get really bad, it could even throw a 2020 launch into question.

We’ve heard Sony talking candidly in recent times about its regrets in announcing games too early, so it would make sense to approach the next console generation with the same caution. That means playing a waiting game that Sony will feel market dominance this generation has afforded it.

For now, it seems the Japanese giant is intent on waiting for its studios to return to normal working conditions and for the market to sort itself out. No amount of noise from Microsoft looks set to force its hand — except, perhaps, a firm price and release date.

Unfortunately, that means we’re likely some time away from the sort of hype-inducing PS5 reveal event fans are clamoring for. Amid this strange and potentially hazardous year to launch the new generation of consoles, Sony’s hardware is set to remain a tantalizing secret a while longer.