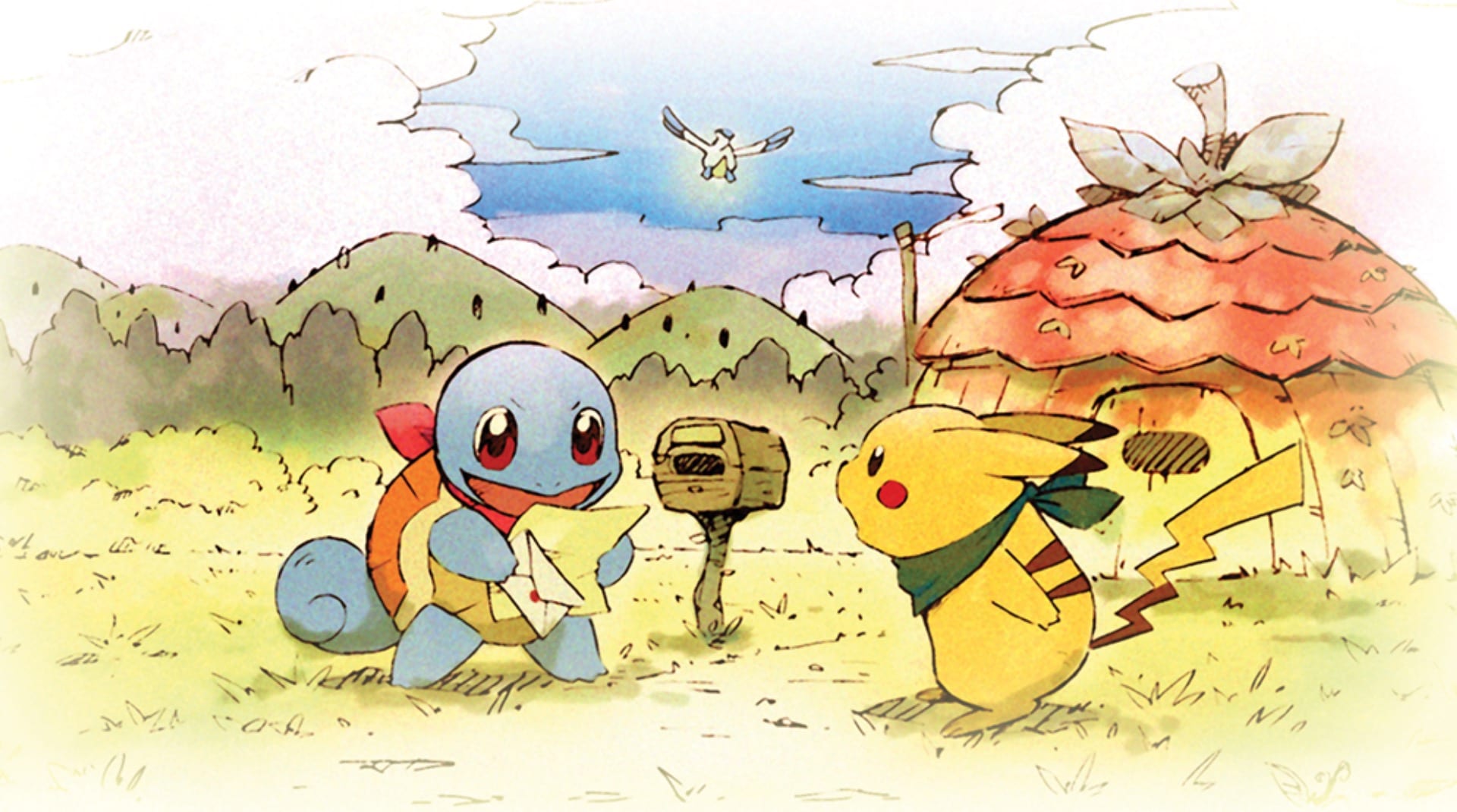 The story starts off with you having to take a short personality test to determine which Pokemon you get “turned” into and then you proceed to choose your partner Pokemon of a different typing.

You see, the plot revolves around you being mysteriously turned into a Pokemon one day and then finding yourself in a version of a Pokemon world where rescue teams are formed. Once a group of pocket monsters decides that they want to be heroes and help other Pokemon out, they can create an official rescue team with special badges and everything.

Pokemon will post quests on the help board in town and some Pokemon will even go up to you personally to request your assistance to go down in some dark and dangerous dungeon to rescue a measly little Caterpie or something.

After you arrive in town, mysterious calamities end up happening around the world and it’s up to you to find out just what the heck is going on with the help of your sidekick Pokemon that stands by your side for the entirety of the game.

One of the best things that I can say about Pokemon Mystery Dungeon: Rescue Team DX is that the story and writing is actually quite compelling for a Pokemon game. While some of the lines are a bit too on the nose and cliched, it’s probably one of the best stories in a Pokemon game with a big mystery that might surprise you towards the end of the game.

I do enjoy the characters and the interactions with one another but the biggest chunk of the game is the actual dungeon-crawling, which is where the game falls flat for me.

Every time you enter a dungeon, you either have to get to the bottom/top floor to defeat a boss, rescue a Pokemon, or find a specific item –it all depends on the quest that you pick up from the board or where you are in the story.

You can control yourself and any other Pokemon in your party, which is typically just you and your partner and like typical Pokemon fashion, each ‘mon has four different moves to attack enemies with around the dungeon floors.

Like the mainline games, you can choose to change these moves out by finding/purchasing TM’s (Technical Machines) and you can power them up by using them repeatedly.

The dungeons are procedurally generated and your main goal is to find the staircase while also defeating enemies, picking up items, and finding lost Pokemon. The movement is tile-based and every time you move, the enemy gets to move so you can strategize to make sure that your Pokemon don’t faint. This isn’t really an issue because you’re likely to never die in Pokemon Mystery Dungeon: Rescue Team DX because it’s quite easy.

As long as you have the logical move typings and pick the a solid starter and partner team (such as Pikachu and Charmander) the difficulty is practically nonexistent for most of the game, especially if you prepare yourself for the longer dungeons that are about 20-30 floors deep.

Most of the late boss fights can be extremely challenging though which can be jarring. They present a challenge that I appreciated but the random difficulty spikes might frustrate some players and take them by surprise.

I enjoyed my time in the first few dungeons but as I mentioned earlier, I’ve played this game before and this “remaster” doesn’t do much to give people a reason to jump in again, even after over ten years.

The storybook art style is cute when you first look at the images and key art that Nintendo has released but eventually all of the dungeons start to blend together, the Pokemon animations are bland, and the entire game looks like it belongs on the 3DS –it definitely does feel like it’s using the full power of the Switch.

The presentation was disappointing to a long-time Pokemon fan and I just wished that more love was put into this retelling of a cult spin-off series. The changes added are very minimal to the point that it doesn’t even affect the game until you get to the post-game such as the inclusion of Mega Evolutions.

Pokemon Mystery Dungeon: Rescue Team DX feels more like a Sunday afternoon chore that your parents are forcing you to partake in than an enjoyable, robust, and entertaining Pokemon experience.

That said, if you’re someone who has not played a Mystery Dungeon game before and are looking for a chill and passive dungeon-crawler to sit back and relax while listening to a podcast or watching a television show, this will work wonders for you. Just don’t expect a deep Pokemon RPG with meaningful progression or impressive visuals. 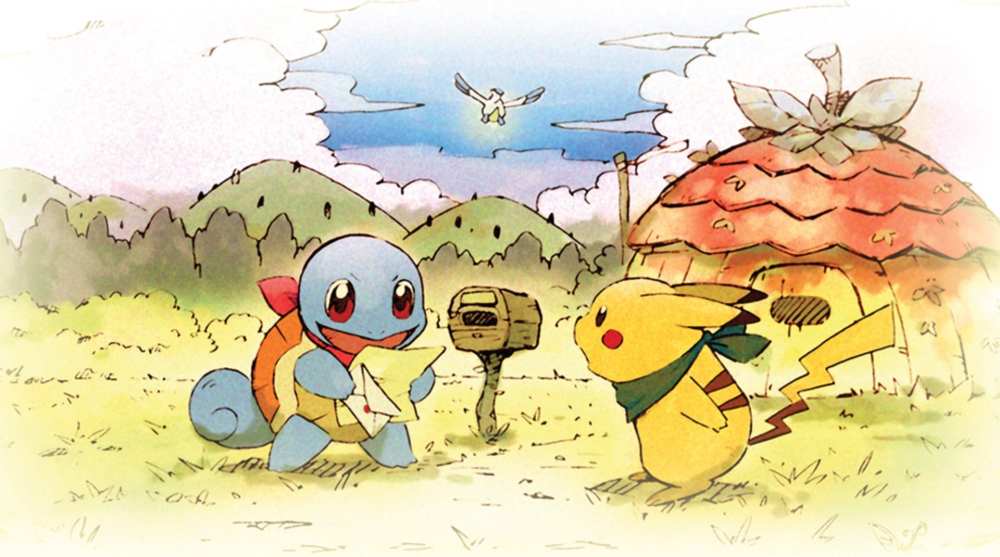