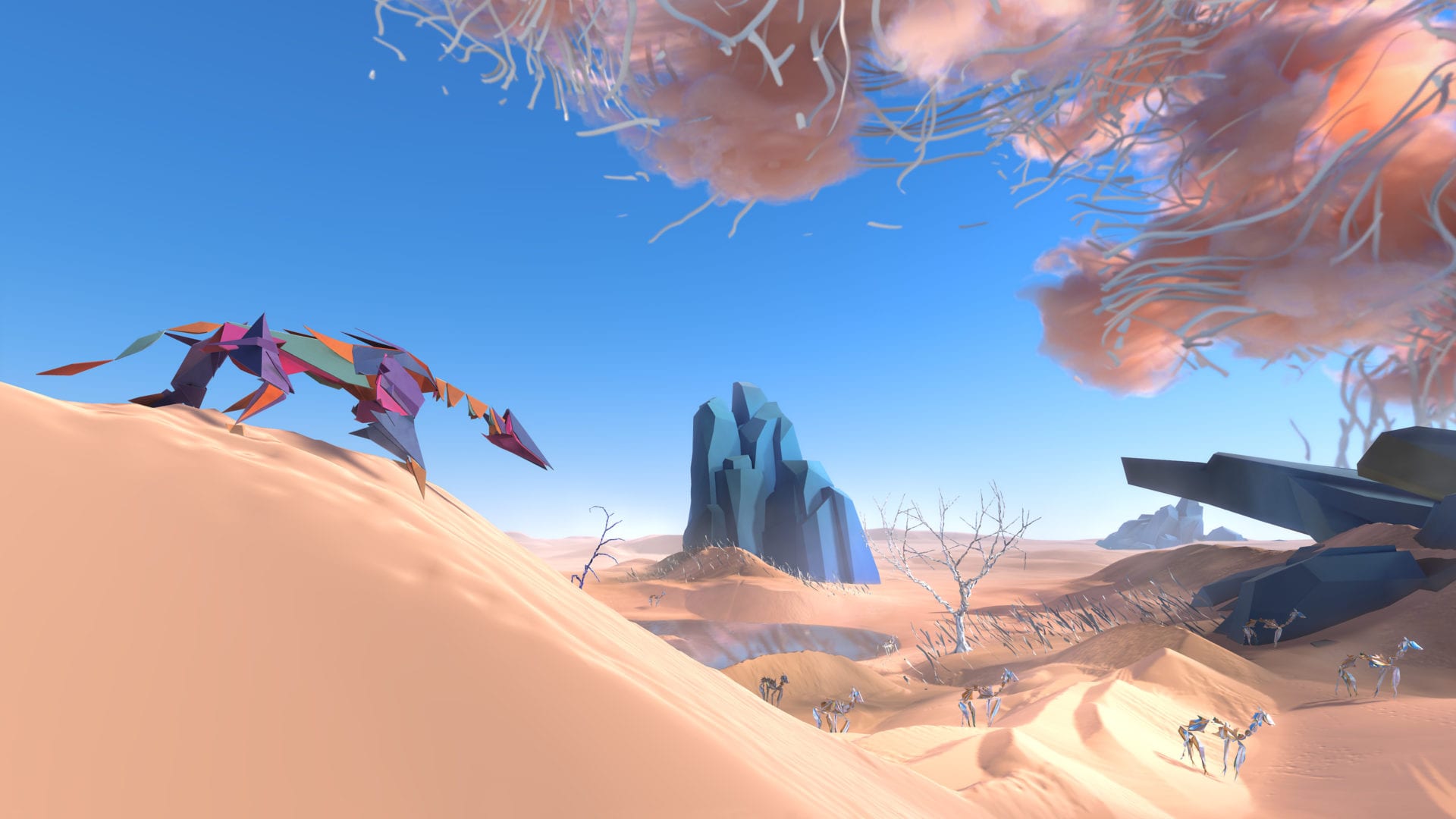 Paper Beast looks to bring players an interesting spin on the simulation genre, and its latest trailer shows off just how beautiful and serene the gameplay can be along with the reveal of its release date.

Streamed via the official PlayStation YouTube account on Mar. 9, the trailer highlights the game’s premise. Players are in control of a world wherein the animals, fauna and such are all made of paper, yet act as they normally would in the real world. Predators chase herbivores, animals nibble at paper plants, and insects flit to and fro across the landscape.

Speaking of which: Players have free reign over the landscape and what it’s comprised of. They can build up massive peaks and valleys, fill the world with great swaths of sand or water, and otherwise build the perfect habitat for their paper-craft creatures, helping them to eke out the best existence possible.

This is all impressive enough, but one element that sets Paper Beast further apart is that this all occurs in VR. Every action players take, and every creature they interact with, will feel like it’s occurring directly in front of them.

Plus, the feeling of literally reaching into the game to interact with elements of the world only adds to the sense of being an omniscient force watching over the world.

It all caps off with the reveal that the game will release on Mar. 24 exclusively for PlayStation VR.

It’s an interesting concept to say the least, and fans of simulation games or artistically-minded titles will want to view the full trailer down below.

Paper Beast is far from the only VR title to be on its way to players this month. For more on upcoming VR titles, check out our list covering all of the best VR games coming out in the month of March.