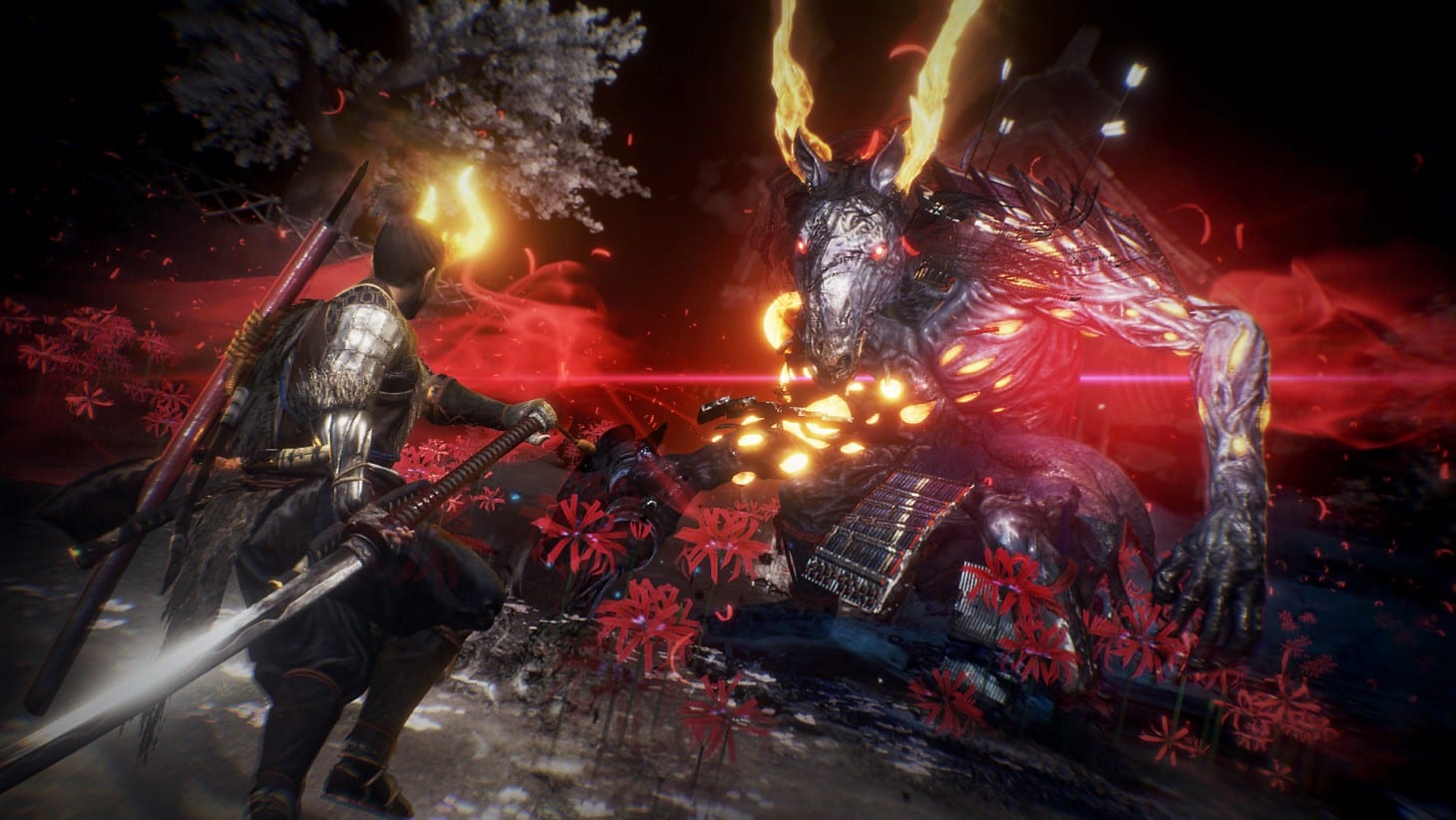 The original Nioh was released back in 2017 to widespread success and critical acclaim, so it’s no surprise that a sequel would get green-lit so quickly. Nioh 2 brings back that fun combat system from the original game, and adds even more to its foundation. Here’s how the Yokai weapons and Sentience system works in Nioh 2.

New to Nioh 2 is the introduction of Yokai weapons, which are basically weapons with the Imbue Corruption ability, and give you the chance to hear a demon’s thoughts as you achieve Sentience with the weapon and increase your familiarity rating with it.

The Corruption ability allows you to inflict Corruption damage on your enemies, which helps to wear down their Ki even faster. The more you attack and deal damage with a Yokai weapon, the faster the Sentience bar will build up, indicated by a small white bar below the weapon icon in the right corner of the screen while in combat.

Once the bar fills all the way up, the weapon will enter an awakened state, where you’ll then be able to deal even more damage with it. When this happens, the bar turns purple and will slowly deplete, similar to how the Living Weapon mechanic works for your character.

In addition to that, when you achieve Sentience with the weapon, you get to hear the Yokai’s thoughts; this isn’t essential to your gameplay or the main story, but it does give you a little nugget of lore and world-building. There are a total of five unlockable thoughts with each Yokai weapon, and you can unlock them by increasing your familiarity rating with them.

How to Get Yokai Weapons

There’s no hard and fast way of actually getting Yokai weapons in Nioh 2 aside from just acquiring them through random drops from enemies and item pickups from chests. Yokai enemies have a tendency to drop them more often, and you can also get them as mission rewards as you play.

As always, making use of your Soul Cores and Kodama Blessings to increase your Yokai and equipment drop rate will help you get them more often in the game.

That’s all you need to know about how the Sentience system and Yokai weapons work in Nioh 2. Be sure to search for Twinfinite or check our guide wiki for more tips and information on the game.