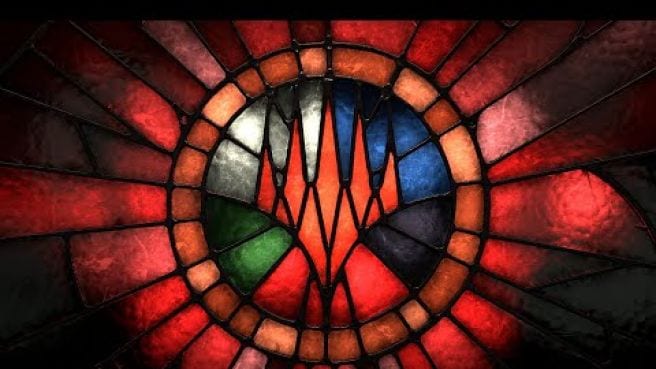 Last year, when Magic: Legends was announced at The Game Awards, I was excited to see how Cryptic Studios would adapt the widely popular collectible card game into a larger-scale RPG.

At PAX East 2020, I got to play two different demos that showcased how they are bringing the world and lore of MTG to life. Magic: Legends doesn’t abandon its card game roots for the sake of gameplay. Instead, it blends deck-building with an isometric action-RPG, similar to games like Diablo.

It is centered around the different Planeswalkers of the MTG universe. For those unfamiliar, Planeswalkers are extremely powerful and iconic characters that can change the tide of battle almost instantly. So, a game designed around bringing them to life and fleshing them out was extremely appealing to me. Beyond my personal attraction to that concept and even if you aren’t a fan of the card game, during my hands-on I experienced a lot of positives both in combat and storytelling that should appeal to any RPG fan.

The first demo started with a choice between two different Planeswalker classes, The Mind Mage or The Geomancer. I chose The Mind Mage, which is centered around controlling enemies and using them to your advantage.

Before loading into the mission I was shown the deck building menus. Each spell you’ll cast in Magic: Legends is tied to a different card. After each mission, you’ll receive new cards that you can then choose to add to your deck if you like.

Magic: The Gathering uses five distinct colors to represent different types of playstyles, with each color corresponding to a different theme. For instance, blue (which is what I primarily use) is about manipulation, whereas white focuses on heavy protection spells.

Since the demo was using pre-built decks I wasn’t able to mix and match different combinations of cards, but I was told that any class in Magic: Legends can use any color card in the game or even combine multiple colors.

Spells are not the only tools at your disposal either. Each class has a main attack and two tactical abilities that are on cooldown. These help flesh out the arsenal and allow for decks to be built around specific Planeswalkers.

Finally, I loaded into the mission and I got to see how all of these systems work in tandem. The face buttons on the controller are used to cast your spells, which are randomly drawn from the deck.

It took some getting used to, but eventually, I learned that it isn’t about building a deck with the most powerful cards, but it’s about creating a deck that has the most synergy between any assortment of cards you could draw.

Once I spent some more time with the system it felt completely fluid. Mixing my tactical abilities and spells allowed for some unique combinations that were both flashy and powerful.

For instance, I had a card that spawned illusory mages to fight alongside me, which on its own was pretty powerful. I then realized I had a card that doubled the number of minions under my control and suddenly I was storming down the map with a huge army of mages by my side.

Lead Designer, Adam Hetenyi, told me their main focus was giving players the power fantasy that the card game evokes. First and foremost, they wanted to craft an experience with the emphasis on fun.

Casting spells is the main crux of the combat system, but being mindful of how much mana you have is where some of the balance comes in. Running out of mana can be a death sentence in a big fight, luckily your mana will recharge slowly over time.

It was here that I learned of a system in Magic: Legends that allows you to put your mana in overdrive. After killing enough enemies, your mana bar will start to glow. You can then activate this mode, which recharges your mana at an exponential rate.

I saved this for the boss fight at the end of the demo, which allowed me to constantly cast every spell I had to swiftly melt the boss’ health down to zero.

This all ties back to the idea of Magic: Legends evoking the power fantasy the developers wanted. Casting a cascade of minions and powerful ice spells felt like something out of a fantasy novel.

After finishing up the first demo I loaded into the next which showcased the new class they were showing: The Beastcaller. The Beastcaller class focuses, well you guessed it, on summoning large beasts.

The Beastcaller is armed with a large axe and a cavalry of powerful monsters like giant spiders, rhinos, and a few mythical creatures. The Beastcaller was a blast to play as.

There is no limit to how many beasts you can have summoned at one time, which can make the screen feel a little crowded at times, but watching my hordes of beasts decimate anything in my wake was incredibly satisfying.

After the demo was over, I asked if you would be able to craft cards like in Magic Arena or if cards were only a reward from completing missions.

Adam Hetenyi told me that there is nothing in place currently to allow card crafting and that you’ll need to earn all of your cards through missions.

I am excited to check out more of Magic: Legends after this brief slice of the game. If you’re a fan of Magic: The Gathering or action RPGs in general, keep this on your radar.

Magic: Legends will be going into closed beta on PC later this year and will be released in 2021 for PC, Xbox One, and PlayStation 4.