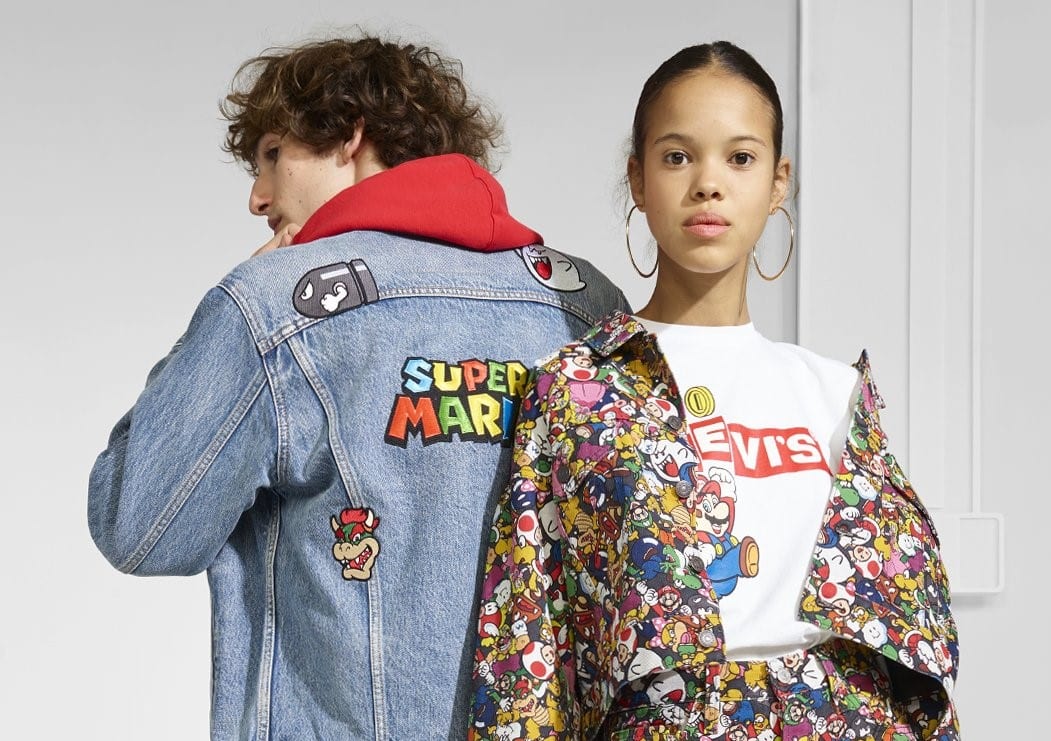 In honor of MAR10 Day, Levi’s has revealed that they’re collaborating with Nintendo to create the Super Mario denim clothing line, which will feature Mario running and jumping all over their pants, jackets, and more.

Levi’s teased their collaboration with Nintendo on Twitter over a week ago, leaving fans wondering just how the Mario clothing line will look. Today, the denim company sprang out of the green pipe with a sneak preview of all the Mario threads that’ll be sold at a mall near them.

In true Mario fashion, Levi’s designed the overalls with Gold Coins seemingly jingling out of its back pocket. The model wearing the overalls also has a hoodie featuring Mario and all his friends and enemies from all over the Mushroom Kingdon, including Luigi, Princess Peach, Yoshi, Toad, Bowser, Boo and many others.

The second picture has one model wearing a white T-shirt with Mario bashing the Levi’s logo for coins from beneath, along with colorful matching shorts and jacket, while the other model is wearing the character jeans and a jacket with the Super Mario logo patched on the back along with Bowser, Bullet Bill and Boo. He’s also wearing a red jacket under those denim threads, but whether that’s separate from the jean jacket or stuck with it to render Mario’s outfit into biker garb remains to be seen.

Pricing for each article of Mario wear hasn’t been revealed, as the collection is not available for pre-order on the Levi’s website.

Levi’s Mario denim collection will be coming out of the green pipes inside every Levi’s retailer store on April 1.