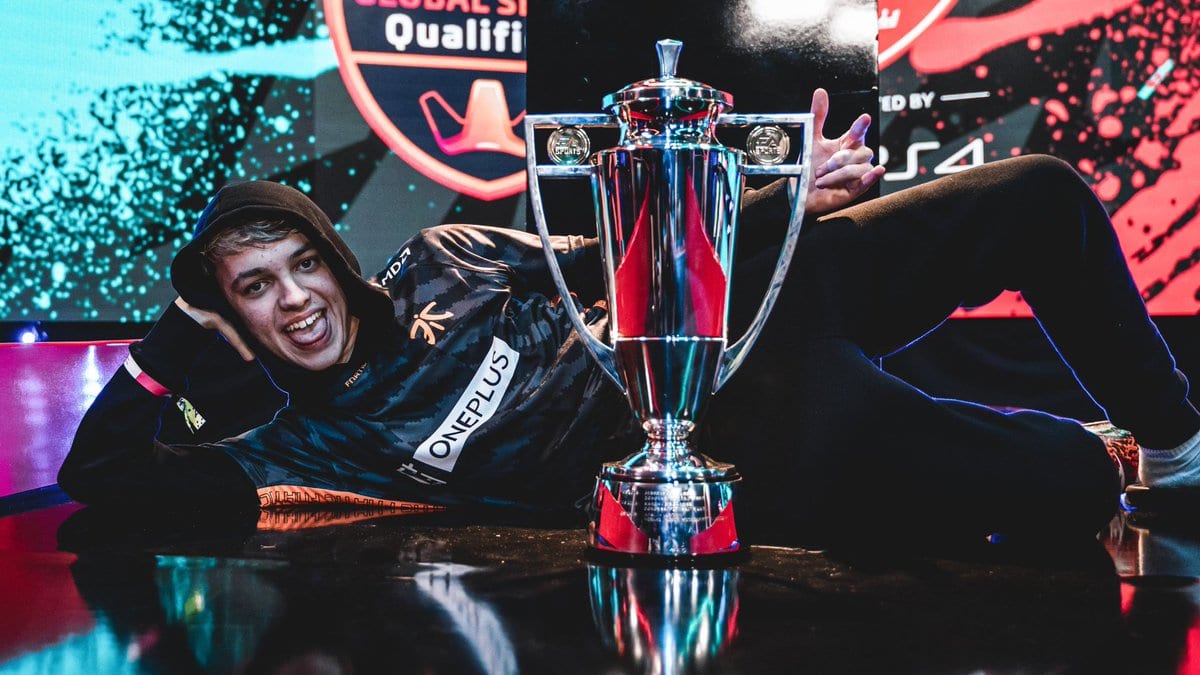 EA Sports and FIFA 20 haven’t had a good week. Not only has the game been suffering from server issues since Friday, but the esport qualifiers (FUT 20 Champions Cup) have continued their trend of being pretty embarrassing.

Some qualifying matches for the FUT 20 Champions Cup were taking place throughout the world this weekend, with the aim of them being to see who takes part in the finals later in the year. However, as is becoming the norm for official FIFA events, not everything went smoothly.

First – and I’m not making this up – some players had to play Rock, Paper, Scissors instead of FIFA because they weren’t able to match up properly due to connection issues.

Pro player, Shaun Galea, tweeted about the incident, saying, “I cannot believe it!! We literally had to play a rock paper scissors [match] because we couldn’t find each other to invite in an EA licensed qualifier. WTF. I am done.”

Other players had connection issues, causing them to default from the qualifiers, with Dutch pro M10 Levy trying to connect for three hours before it was decided that he had to concede to FaZe Tass.

For hours, it was almost assumed that the Rock, Paper, Scissors incident was a joke, until it was clarified by EA via their Competitive FIFA Twitter account. You can see their full statement below.

In short, after a prolonged period of being unable to connect to each other, the two players decided to play a game of Rock, Paper, Scissors so that a winner was decided and a situation where both got a loss was avoided, as the rules would dictate.

But why is this situation allowed to be reached? If two players can’t connect, for reasons that are out of their control, why should either of them be given the loss. Couldn’t something be done to postpone the match, or a more reasonable way of deciding on the winner figured out?

I understand that wins can’t be given when players can’t connect, as it would promote disconnect manipulation, but Rock, Paper Scissors cannot be the answer. It undermines the quality of the player and the integrity of the competition.

Connection problems aren’t new in FIFA either. At this point, we have to just to wait and hope that they’ll be improved in the future, but EA’s reluctance to be open about them is concerning.

Following this weekend’s issues, it was difficult to get answer as to why it was happening and what was being done to fix the issues.

Communication about the issues was so lacklustre that Virgin Media had to reach out to EA via Twitter to get in contact with them about the problems, after it was reported that Virgin Media customers were the ones suffering most from the connection problems.

Surely that’s not the way two companies should be coordinating this kind of troubleshooting.

Issues with FIFA 20 have manifested themselves at esports events more than just this weekend too, and not just in the form of disconnects.

Below is just one of many examples of players disconnecting during a stream of the FIFA Esports World Cup. These kind of disconnects are something that most players will have suffered from over the years, but for it to happen at an official event is embarassing.

Elsewhere, gameplay issues have caused havoc and been dealt with poorly. Also happening this weekend, Giuseppe Guastella, who plays FIFA 20 for LA Galaxy, tweeted a video of his penalty not counting after it hit the post and went in but wasn’t registered in game.

Although he’d clearly scored, a in-game bug caused it to not register, and, according to Guastella, the admins running the qualifiers said that it wasn’t a goal because that’s what the game said and they couldn’t overrule it.

This kind of thing happening while you’re playing at home is bad enough, but how can this be allowed to happen in a professional event where players’ livelihoods are relying on it. A FIFA 20 bug caused Guastella to lose his place in the tournament, and that’s simply not fair.

Those issues, combined with how FIFA 20 has to be played to be successful – using overload ball side, one depth, drop back, and bringing players back on defense – make professional competitions boring.

While official livestream numbers suggest that viewing figures are healthy, I don’t think everyone is there to see the action. If you check the chat during a match, many of the message are !drops or ! then the name of a player, in an attempt to boost their chances of winning the Ultimate team drops.

As for myself, I’ve left the stream on my laptop while I do something else in the hope that I get one of the drops too, and I’m confident I’m not the only one. Why should FIFA fans take the esport streams seriously if EA Sports aren’t going to?

The pro players themselves struggle with FIFA 20 too. Just a couple of weeks ago, Tekkz, who’s won the FUT Champions Cup five times and is generally regarded as the best player in the world, said the following in a interview at a FIFA 20 esports event:

The game is so unrewarded that anyone can win. Guys who aren’t good can win on FIFA 20, and no-one enjoys playing it, but you know, we’re here and I’m in the semi-final.

When the best FIFA 20 player in the world is saying that, it’s clear that the esports scene is not in good shape.

How can you blame them too with how official competitions are run. For example, Swedish pro, Boras Legend revealed that he’s had to spend thousands of dollars to be in a good enough position to compete in events.

When FIFA 20 launched, he tweeted: “I have loaded up with 204,000 FIFA points (1700$). This contribution will put me in an early advantage vs some players and reduce the disadvantage vs heavy spenders. I wish it wasn’t like this, just wanted to be transparent.”

Pro FIFA players have to spend that much to just have a fighting chance of doing well in esport competitions.

For most, that’s simply not worth it. In the FIFA 20 FUT Champions Cup, the prize pool is $200,000, but only the top 16 will win more than $1000. Anyone who finishes lower would theoretically make a loss on their investment to take part.

EA Sports has been boasting about a $3 million prize pool for the whole season of the eWorld Cup but when you consider that last year’s Fortnite World Cup boasted a $30 million prize pool on its own, FIFA 20’s esport offering feels lackluster for such a massive franchise.

FIFA 20 has plenty of issues, any fan will tell you that. As EA continue to ignore them and alienate their pros, it’s only going to get worse and the esports scene is going to become harder and harder to take seriously.