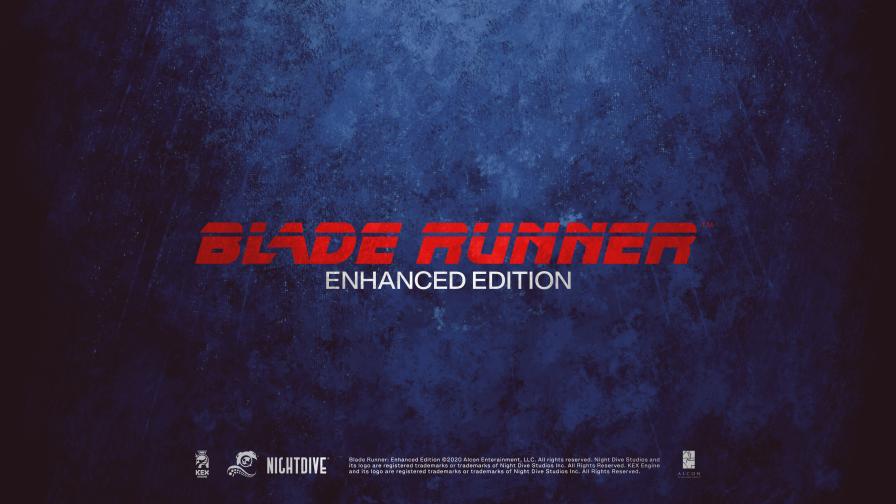 Blade Runner, the classic 1997 point and click adventure game based on the popular film license, is being remastered by developer Nightdive Studios and publisher Alcon Entertainment for PS4, Xbox One, Nintendo Switch, and PC via Steam.

Originally developed by Westwood Studios, Blade Runner was considered an innovative title in its day, acclaimed for its painstaking recreation of the sci-fi cinematic masterpiece. Its aesthetic was particular notable for well conveying the same atmospheric tone of Ridley Scott’s 1982 film, using what was at the time groundbreaking graphics, as well as a brilliant original musical score, and a canonical branching narrative.

Nightdive, the team handling the remaster, will be drawing on a plethora of experience remastering classic games, including System Shock: Enhanced Edition, Turok, Turok 2: Seeds of Evil, Blood, and Forsaken Remastered. Nightdive has also sourced the original foreign-language translations, so fans can enjoy the game in German, French, Italian, and Chinese just as Westwood intended.

“Blade Runner is still a jaw-dropping achievement on every level, so while we’re using KEX to upgrade the graphics and respectfully elevate the gaming experience in a way you’ve never seen before, we’re still preserving Westwood’s vision and gameplay in all its glory. While you can enjoy the benefits of playing the game on modern hardware, the game should look and feel not as it was, but as glorious as you remember it being.”

Co-producer Joe LeFavi brokered the partnership between Nightdive and Alcon Entertainment, who is himself a big fan of the Blade Runner franchise having previously produced The Art and Soul of Blade Runner 2049, Alcon’s top-selling art book for their Academy Award-winning film sequel in 2017.

There’s no firm release date as yet for Blade Runner, but the game is expected across all platforms in 2020. Stay tuned for more.

News of Blade Runner’s remaster is yet another example of the cyberpunk genre’s resurgence in recent years, presumably as a result of interest in CD Projekt Red’s upcoming open-world RPG, Cyberpunk 2077, which is fast approaching after having recently been submitted for ratings.