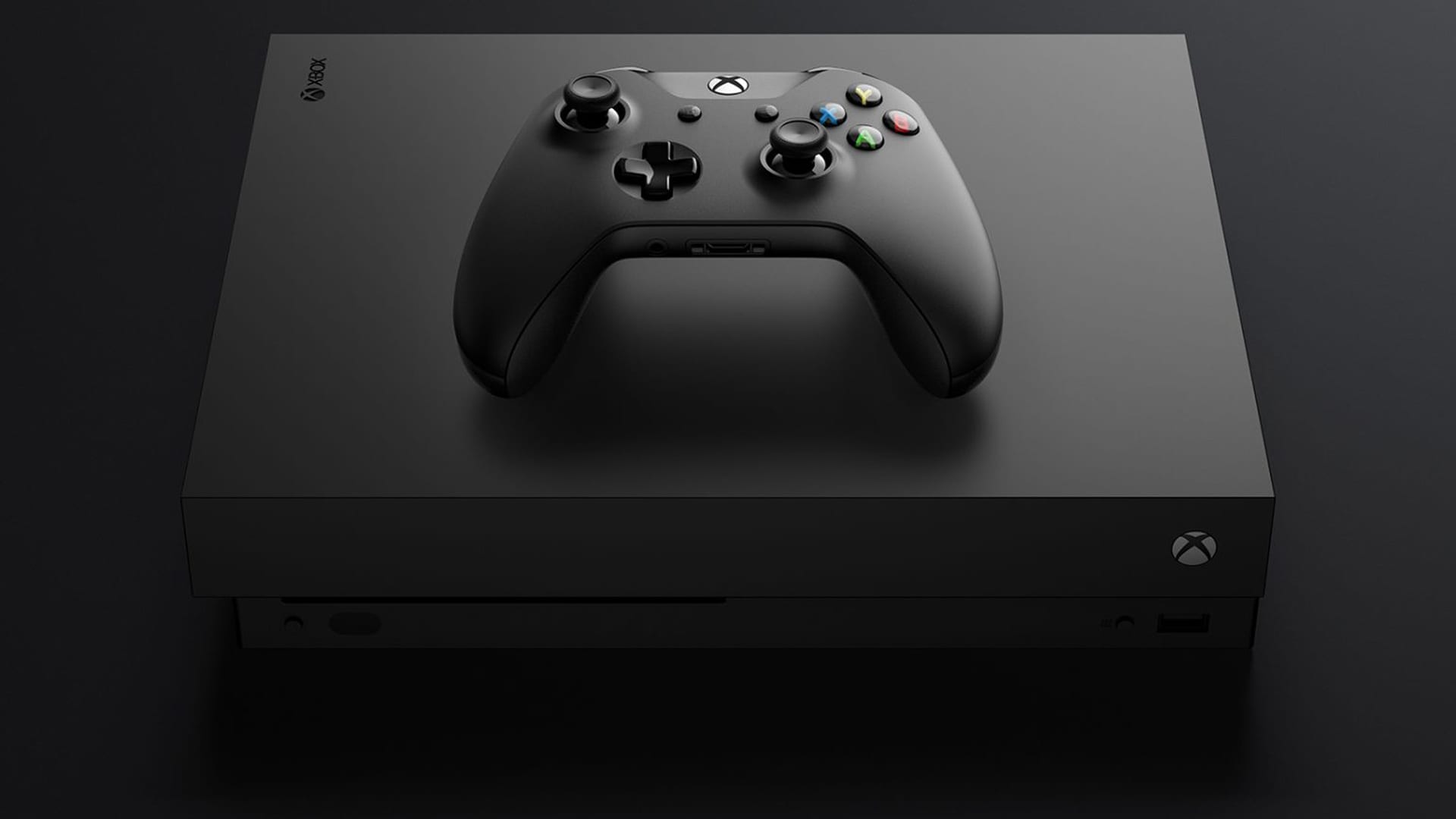 Puzzle games are one of the most universally accepted forms of gaming there is. A wide variety of ages can delve into the brain-teasing wonders that many games of the genre provide. With millions of players flocking to the Nintendo handheld systems for the immensely popular Brain Training series, it’s clear it’s popularity has a lasting effect that’s here to stay.

With the new Xbox hitting shelves later this year, there’s never been a better time to look back at some of the best the genre has to offer on the system –especially with the extended asset of Xbox Game Pass.

From addictive and inventive challenges for your brain to tackle, to mysterious experiences layered in tantalising puzzles to stimulate the senses; here are 10 games that will truly push your brain to its limits with a vigorous mental workout.

Starting off with perhaps the most unique entry is The Witness –a first-person exploration game, set on an island enriched with a wealthy amount of puzzles to throw yourself into.

The premise is simple: figure out how to draw a line from one point to another. Sounds easy, right? Well, there’s more than what first appears on the surface of The Witness; peel away its many levels and you’ll be greeted with something much greater.

The art of what makes The Witness so fantastic is how it slowly unravels and teaches the player a language. It all starts off fairly mundane, but it stretches its idea to unimaginable possibilities that it becomes a work of pure genius. Alongside that, the world is a gorgeous oasis that’s simply begging to be explored, and is filled with a plethora of secrets that will keep players engaged in it’s landscape for a long time.

When Portal came out, it took the world by storm. A simple premise elevated by its supreme execution. When the sequel came out, it delivered the expectations of the original and exceeded them in new and brilliant new ways. The first Q.U.B.E was a successful puzzle game, encapsulated in the same feeling of the original Portal. Much like Portal 2, it also enhanced itself in many new ways.

Equipped with a glove, you have the power to control many cubes of different colors, depending on what color your glove is. As you progress through the story, you unlock more colors and as a result, the challenges increase in incredible new ways. Q.U.B.E 2 possess a non-linearity to its design so that many sections can be completed entirely differently to how other players may have passed.

Accompanying this is a stronger narrative than the first game and beautiful art direction that truly defines it as a unique experience. It’s clearly defined by Portal in its design, but by the end of the adventure, manages to encompass a personality of its own.

Ever visited an art gallery, looked at a painting and wondered “what’s this all about?” Well each puzzle in Gorogoa starts with that feeling, but then allows you to manipulated and integrate numerous elements of the painting to advance. It’s a constant wonderful sense of realization as you slowly understand the message each picture is trying to convey.

Simply put, Gorogoa is all about making connections. No, not in a Death Stranding way –actual physical connections to create a natural flow in each picture. Presented on a grid, the player is allowed to move tiles around, zoom in and scroll across each section to attempt to assemble a full image. None of this is spoon-fed to the player, but instead visual movements on the tiles indicate whether the process is working or not.

It’s very reminiscent of The Witness in its disregard to teach the player. No hand-holding is found and no tutorials to push them through. But instead, what remains is a perfect sense of experimentation that slowly unravels the games rules and creating a sense of momentum in the players ability to decipher each image. Simply put, it’s fantastic.

The first instalment in the Peggle series was a successful hit on the Xbox 360. Many parties consisted of players pitting themselves against each other to emerge victorious. The Xbox One is a home to the sequel and provides an extremely addictive gameplay loop for players to dive into.

The object is to fire a ball into a series of blue and orange pegs –the aim being to clear the board of all the orange ones. What makes this so unique is the colorful cast of characters who possess their own special abilities, adding a fantastical personality into the mix. Want to play as a hyperactive unicorn? You can, and that’s only the beginning of the weird and wonderful cast that inhabits the screen.

Each character has an ability which is triggered by specific green pegs. Once hit, the next turn allows you to inhibit that ability to attempt to gain an advantage. Whether this be precision targeting or causing a massive boulder to come crashing down on all the pegs, it’s all down to the character you choose. Playing in multiplayer is a perfect embodiment of what makes the Peggle series so addictive.

Some say Mario Kart is the breaker of friendships. Sit down and play Peggle for a few hours and see how that goes.

Everybody loves a match-3 game, right? Connecting three of a specific colour to blast away a board of tiles is surprisingly satisfying. Tumblestone takes that formula, shakes it up and pours it out for us to divulge into.

What makes Tumblestone so compelling is the sheer speed each level encourages you to pursue. It’s frantic, chaotic and superb in its execution. Hosting a plethora of modes that push your skill even further, Tumblestone is an not only an exercise of the brain, but all the dexterity of your thumbs.

The colorful world is bright and bold and enriches that sense of ‘pick up and play’. On the surface, Tumblestone is easy to come to grips with, but the further you delve into its gameplay, the more it pushes the player in fast-paced new ways. It truly is a perfect representation of the ‘one more go’ mentality and an great choice for any puzzle lovers out there.

Three is often considered a magic number, and that is definitely the case for the game, Threes. A game with an extremely simple premise, but constantly challenging you to perform better and beat your own high score.

It displays the basic principle of using a board of tiles with varying numbers to create multiples of three. The player wins once all tiles have been removed from the board. There’s no compulsion to speed up and Threes allows you to play the game on your own terms.

It’s basic, but dangerously addictive and the perfect time killer for whenever you have a spare few minutes.

Imagine if you went to a buffet that made you hungrier the more you ate –that’s Donut County. It’s an insatiable hunger that cannot be fulfilled, but it’s extremely fun to try to.

You play as a hole in the ground (yep, you read that right), and you’re tasked to eradicate each level of all buildings and items till the land is barren. You start off small, but the more you eat, the bigger you get, meaning larger objects can be consumed. It’s as stupid as it sounds, but a perfectly matched story ups the ante on the craziness scale.

It could be an idea that’s execution falls flat fairly quickly, but a hilarious story and a gameplay mechanic that builds upon itself as you progress. Donut County is a unique puzzle game and one that demands your attention.

Aside from Human Fall Flat being a representation of how I’m stumbling through life, it’s also a incredibly fun physics-based puzzle game. Even more so with a friend or partner who will be more than happy to accompany you as you stumble through the games various stages.

Much like games such as Octodad, Human Fall Flat is intentionally hard to handle and that lends to hilarity of the venture. Each level is littered with obstacles and interactivity that it’s a pure playground of discovery as you make you way to the end.

The open-ended nature makes the experimentation much more rewarding, especially with a co-op partner in tow. Simple actions such as climbing and jumping are made treacherous with the physics engine. It’s hilarious, challenging and rewarding for the creativity it allows you.

Snake Pass takes the art style of classic Rare games such as Banjo-Kazooie and uses it to create its own puzzle platformer. Playing as Noodle, you’re tasked to make your way through the games vibrant worlds; all while collecting coins and a trove of other collectibles.

Where does the puzzle aspect come in? Well, Noodles is a snake, and the environment needs to be navigated in such a way that utilises a snakes movement. Want to reach a higher platform? Then wrapping Noodles around a pillar or tree will enable you to slither your way higher. Like the best puzzle games, it allows for varying options in how to pursue each level, instead of just one solid solution.

As previously mentioned, it embodies an art style reminiscent of classic platformers by developer, Rare. Larger-than-life caricatures of animals roam the world and Noodles himself embodies a loveable persona. The colorful aesthetic boosts a great puzzle game into a must play, simply due to its charming, delightful sights.

If Snake Pass was the most colorful game on this list, then Inside is the anti-Snake Pass. It’s dark, mysterious and foreboding. But it’s one of the best puzzle platformers on the Xbox One, with an incredible narrative carrying it.

Saying much of the game’s plot will remove the incredible sense of mystery it poses to you as you slowly push through. But know that it’s an incredible achievement that uses its short run time to ensure it’s constantly conveying a story. Relying on imagery alone, it allows players to interpret the events as they see fit. It’s a perfect example of ‘show, don’t tell’ when it comes to portraying it story, not relying on heavy exposition dumps.

The gameplay itself is also brilliant and provides some really challenging sections to make the player think of the best possible solution. It even uses the narrative to incorporate new puzzles and ideas. Simply put, Inside is not only one of the best puzzle games on Xbox One, but one of the best games on the system, period.