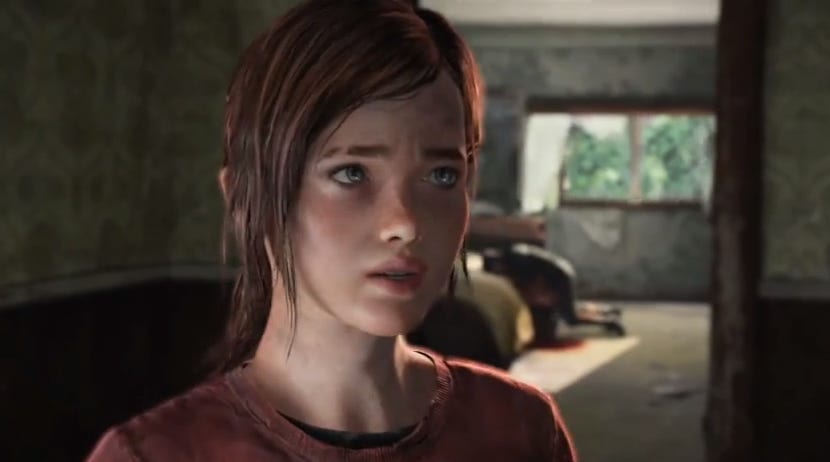 Yesterday, HBO announced that a Last of Us TV show was entering production. Being written by Naughty Dog’s Neil Druckmann and Chernobyl creator Craig Mazin, it is to follow the story of Joel and Ellie in the first game.

Of course, deciding on who is to play the two famous characters is going to be tricky. We’ve come up with 10 actors who we think would be great as Ellie. And, before you say it, yes, Ellen Page is too obvious.

Logan is a movie that comes up in conversation all the time when talking about a potential Last of Us movie or TV show. Not only could Hugh Jackman be a good choice for Joel, but the movie shares a lot of similarities with the story of Naughty Dog’s game.

With a gruff older man leading a daughter figure through the wilderness, trying to survive and fend off things trying to attack them, the parallels are clear.

Also, Dafne Keen would be a great choice to play Ellie. Not only is she the right age and looks pretty similar, but Logan showed that she has the acting ability to play a character as complex as Ellie.

Laura, her character in Logan, is young and needs to be protected, but she’s also a killing machine. Ellie might not be quite so brutal, but she’s strong and able to look after herself, which Keen has more than proved she’s capable of portraying.

Dever is my personal number one choice for playing Ellie. She might be older than Ellie, but she doesn’t look far off. It’s her recent performances that have me excited though.

First of all, she has the range for playing someone like Ellie. Booksmart, in which Dever played Amy, showed that she has the comedy chops to pull off the sarcastic and witty comments that Ellie often made in the game.

Elsewhere, the fantastic Unbelievable show cemented her place as one of the rising stars of Hollywood (even being nominated as such at this year’s Baftas).

In the Netflix show she’s vulnerable and scared throughout, just as Ellie often is in The Last of Us, and I think Dever would be the perfect choice for the HBO adaptation.

Also, she has ties to Naughty Dog, having played Nathan Drake’s daughter, Cassie, in Uncharted 4.

Yeah, yeah, we know that this is the obvious choice, and the one most people will probably be shouting for, but it makes sense doesn’t it?

Not only does Williams look the part, but anyone who’s seen Game of Thrones will know that she can play the troubled and hardened young girl better than anyone.

Arya Stark is one of the most badass and interesting characters in HBO’s mammoth series, and now that the show’s over, maybe the role of Ellie could be the perfect next step for Williams.

Thomasin McKenzie has generally played more reserved, softer spoken characters than Ellie, particularly in her recent roles, but I think she’d be perfect for the mix of confidence and vulnerability that personifies Ellie.

First off, Jojo Rabbit’s Elsa has the commanding side – even if that’s over young Nazi boys and not terrifying clickers – and her most impressive performance, in Leave No Trace, showed her dramatic acting ability.

Leave No Trace shares a few similarities with The Last of Us. Living out in the wilderness, McKenzie’s character has to learn how to survive while trying to deal with growing up and her troubled father. Also, at 19 years old, she’s around the right age to play Ellie.

Eliza Scanlan may not be the perfect match when it comes to Ellie’s look, but she’s one the most talented young actresses around and can’t be overlooked.

She’s fantastic as the naive and bubbly Beth in Little Women, but it’s her very different performance as Amma in the Amy Adams led Sharp Objects that shows her potential.

Throughout the series, she plays vulnerable, confident, and strong, manipulating her family all the while.

If the obvious differences between her and Ellie can be overlooked, she’d be an excellent choice.

Maybe a little less well known or recognized than other actors on this list, Izabela Vidovic has been a child star for a while.

She’s been in the likes of iZombie, About a Boy, and The Fosters for a few years, but it’s her recent movie roles that stand out. First, she played Jason Statham’s daughter in 2013’s Homefront, and she then played Via in Wonder, alongside fellow child star Jacob Tremblay.

At 18 years old, and looking the part for Ellie, she has to be in the running for the role.

Seen recently on TV and the big screen less often than five or ten years ago, Bailee Madison is someone you’ll recognize from the young pictures of her more than recent ones, and her name might not ring any bells.

Go back to 2010 until around 2013 and you’ll know a bunch of her performances. She plays one of Adam Sandler’s kids in the, in my opinion, underrated rom-com Just Go With It, and she is May in Bridge to Terabithia.

Now that she’s older, she has to be in the shout for the Ellie role, and she looks much more the part now too.

Elle Fanning is possibly the most experienced and well known young female actors around today. She still only in her very early twenties, having seemingly been around for a long time.

Her break out role, as Alice in Super 8, came nearly a decade ago, and she’s gone on to appear in the likes of Maleficent alongside Angelina Jolie, We Bought a Zoo, and the excellent new teen romance movie, All the Bright Places.

If HBO is looking for a recognizable face and name, as well as clear acting ability, even if she doesn’t 100% look the part, then Elle Fanning would be perfect.

Ellie is supposed to be 14 in The Last of Us. Generally, characters that age are played by actors that are few years older, but if HBO wanted to go slightly younger, Julia Butters would be the best choice.

She’s still to turn 11, but she’s already proven herself to be an incredibly talented actress. She’s had a recurring role in the likes of Transparent and American Housewife, but it’s her performance in Quentin Tarantino’s Once Upon a Time… in Hollywood, that’s seen her burst onto the scene.

If you haven’t seen it yourself, there are two scenes in particular in which she performs beyond her years, maybe even outshining her co-star Leonardo DiCaprio at times.

Mckenna Grace is probably the most recognizable child star in 2020. From playing young Margot Robbie in I, Tonya and Mary Adler in 2017’s Gifted, to the president’s daughter in Designated Survivor, her still blossoming career has been more varied than those of many actors that have been working for longer than she’s been alive.

She’s also an excellent actor, having a greater presence in scenes than young actors tend to.

She may not look much like Ellie, nor have the experience with the kind of show that The Last of Us will likely be, but at the age of 14 and with her acting ability, she’s difficult to overlook.

Who do you think should play Ellie in The Last of Us TV series? Let us know in the comments below and make sure to check out our other list on actors that should totally play Joel.