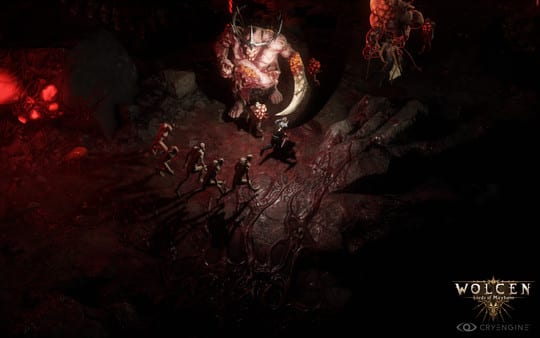 After four years in Early Access on Steam, Wolcen: Lords of Mayhem has finally launched fully. If you’ve been interested in the game since the Kickstarter campaign began, but don’t have a gaming PC, you might be wondering what other consoles it’s coming to. If you’re a dedicated PlayStation fan, here’s everything you need to know about whether Wolcen Lords of Mayhem is coming to PS4.

It’s a dynamic hack ’n’ slash game with a lot of similarities to the Diablo series. While those kind of action-RPGs tend to be PC focused, some have made their way to console in the past.

Is Wolcen Lords of Mayhem Coming to PS4? Answered

In short, the game’s developers have said that a console port in consideration, but there’s been no indication at all of when it would be revealed or released.

They have answered fan questions on Twitter twice. The first, which was all the way back in 2016 when the Kickstarter campaign first began, said that there isn’t an ETA on the console version and that they were focusing on the PC release.

Saying that there’s no ETA on it does indicate that Wolcen Lords of Mayhem will be coming to PS4, it’s just not known when.

They then tweeted a similar message back in September of last year. They said that they’d love to make a console version, but that the PC version was still their focus.

As soon as a PS4 version of Wolcen is revealed, we’ll be sure to update you here. I wouldn’t expect it to be any time soon though, especially with the Steam release only just happening.

That’s everything you need to know about whether Wolcen Lords of Mayhem is coming to PS4. For more tips and tricks on the game, be sure to search for Twinfinite.