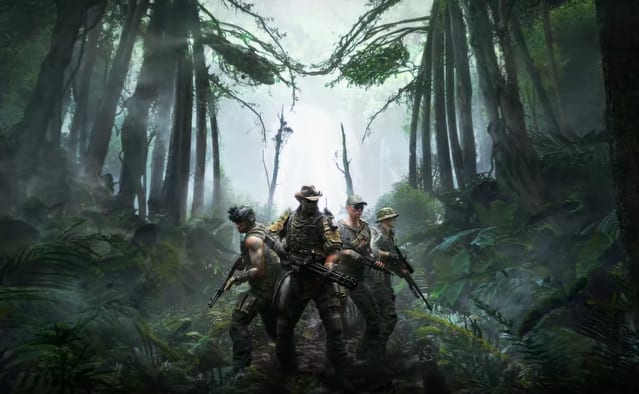 Predator: Hunting Grounds still has a little ways to go in terms of its development, but fans will now be able to check out its progress as soon as next month thanks to a freshly announced early access event.

In a post to the official PlayStation Blog made on Feb. 26, Predator: Hunting Grounds’ developer IllFonic revealed that the game would host a Trial Weekend at the end of next month.

“We spent the last part of 2019 taking a demo around to various gaming events around the world and allowing members of the public to try it for themselves,” IllFonic’s CEO Charles Brungardt wrote. “We received valuable feedback through that process and we believe everyone will be excited to see where the game is.”

The Trial will become available for download through both the PlayStation Store and the Epic Games Store at 3 p.m. JST in Japan, 4 p.m. GMT in Europe and 5 p.m. PST in North America on Mar. 27, and will be playable until an undisclosed time on Mar. 29.

During the Trial Weekend, players will be able to choose between playing as the titular Predator or one of four human characters. They’ll then compete against each other in asymmetrical multiplayer matches, with the humans boasting numbers against the Predator’s technological and environmental advantages.

The winner will be determined based on whether one team is completely wiped out, or if the human team manages to escape the Predator before they’re all killed.

IllFonic also released a new teaser trailer for Predator: Hunting Grounds in preparation for the event, which can be viewed down below.

Predator: Hunting Grounds is currently slated for release on Apr. 24, 2020 on PlayStation 4 and PC. For more on the game, check out the cinematic announcement trailer for the game from last year as well as a gameplay trailer shown off during Gamescom 2019.