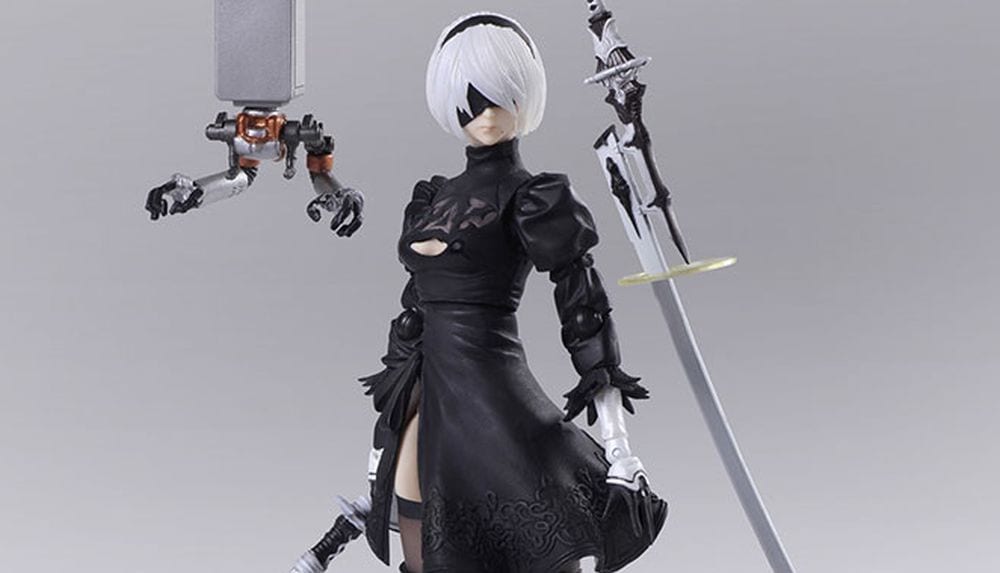 Square Enix just revealed a brand new version of one of the most popular action figures from its Bring Arts brand, 2B from NieR Automata.

Considering the popularity of the game and of 2B herself, this isn’t exactly a surprising move, and the figure has been made available for pre-order at Japanese retailers including Ami Ami.

She comes with the following parts:

One of the YoRHa androids created to battle the machine lifeforms that have invaded the planet on behalf of the surviving humans, YoRHa No. 2 Type B (a.k.a. 2B), has been turned into a figure with completely new molding by BRING ARTS.

While faithfully recreating the 3D model in the game, this time 2B’s silhouette is greatly different from the previous figures.

The paint glossiness is adjusted to produce a sense of quality, with the stitching decoration on her costume and her beautiful white hair with a sense of clear, the cool beauty 2B is brought to the real world.

About the accessories, 4 types of mountable weapons including Virtuous Contract, Virtuous Treaty, Cruel Arrogance, and Cruel Lament, 3 types of face parts, 7 types of hand parts, an articulated Pod, the Black Box, and a body part which can recreate self-destruction mode are included. You can have 2B to recreate various scenes in the game.

If you’re unfamiliar with NieR: Automata, it’s currently available for PS4, Xbox One, and PC, and you can read our review.