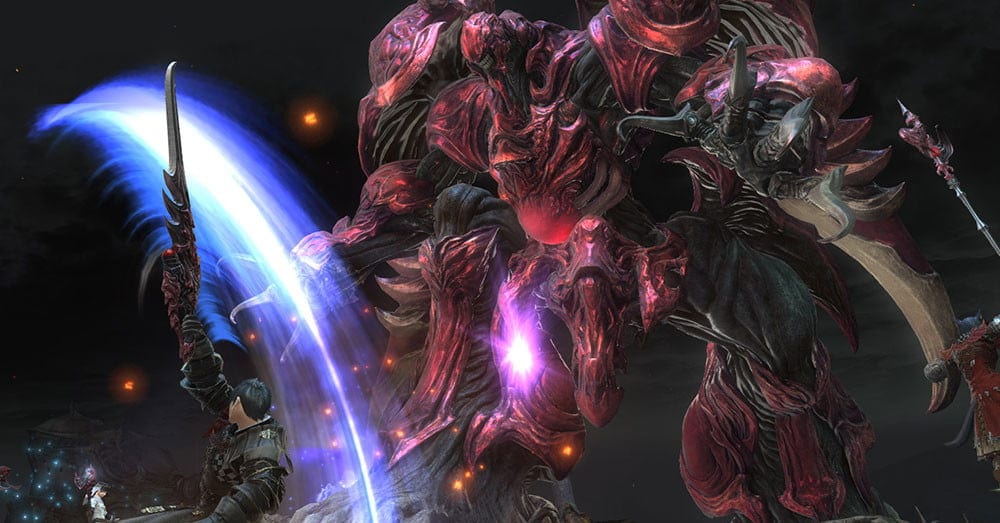 I spent pretty much the entirety of last week devouring every new bit of content that released for Final Fantasy XIV. Patch 5.2 was a seriously huge one, as it pushed the main story of FFXIV forward, while still feeding players with the new Eden raids, some NieR: Automata stuff, and a brand new Trial against the iconic Ruby Weapon from Final Fantasy VII.

Ruby Weapon was the final thing I tackled in patch 5.2, and it kickstarts a side plot that focuses on Gaius van Baelsar, the main antagonist of the Realm Reborn arc so many years ago. The setup is your typical fantasy fare: the evil Garleans are developing a new weapon –some type of new monstrosity– in their efforts to take over Eorzea, and it’s up to us to stop them.

The new Garlean weapon is quickly revealed to be Ruby Weapon, and it’s not long before Gaius enlists the help of the Warrior of Light to destroy it. Some stuff happens, there’s fighting, lots of explosions, the Ruby Weapon fight was cool, we killed the commander of the Weapon, we saved the world. It was nice. Until it wasn’t.

After the battle with Ruby Weapon, Gaius and the Warrior of Light encounter several Garlean soldiers, and we get a flashback to their past. As it turns out, these Garleans were all orphans that were taken in by Gaius when they were just kids. Gaius saw the potential in them, and knew that they would serve the Garlean Empire just fine. The orphans grew close to each other, forming an unbreakable bond that would carry them through their childhood days.

In the present day of the FFXIV main story, Gaius is now a changed man. He still loves Garlemald, but he recognizes that their methods of conquest and destruction are unsustainable, and ultimately detrimental to his own country. His kids, however, see him as a traitor. Immediately after, we learn that the pilot inside the Ruby Weapon –the person we just killed– was one of the orphans that Gaius had taken in.

Gaius’ kids are resolved to bring his original vision to life; they’re committed to Garlemald, even if it means killing Gaius himself.

It’s a very tragic turn of events, and the game makes sure to hammer home the point that the orphan we killed during the Ruby Weapon fight suffered till her very last breath. The game explicitly tells us that even as she lost her consciousness towards the end of the fight, she felt every bit of pain and agony from the blows we were dealing to Ruby Weapon. Basically, the game wanted us to know that she died an awful death, and it’s all out fault.

The quest line ends on an ominous note, as we learn that the orphans have a few more tricks up their sleeves, and it would appear as though they’re each going to take turns going up against us with the subsequent patches. It’s a very grim storyline which has me wondering if we’re actually going to have to end up killing all of Gaius’ precious children.

Look, killing someone’s family isn’t beneath me; in fact, I find it kinda humorous in a really morbid kind of way, but the way FFXIV seems to shoving it down players’ throats is a little unsettling to say the least. And I, for one, can’t wait to see how this orphan-killing side story goes. (Yes I know how morbid that sounds).