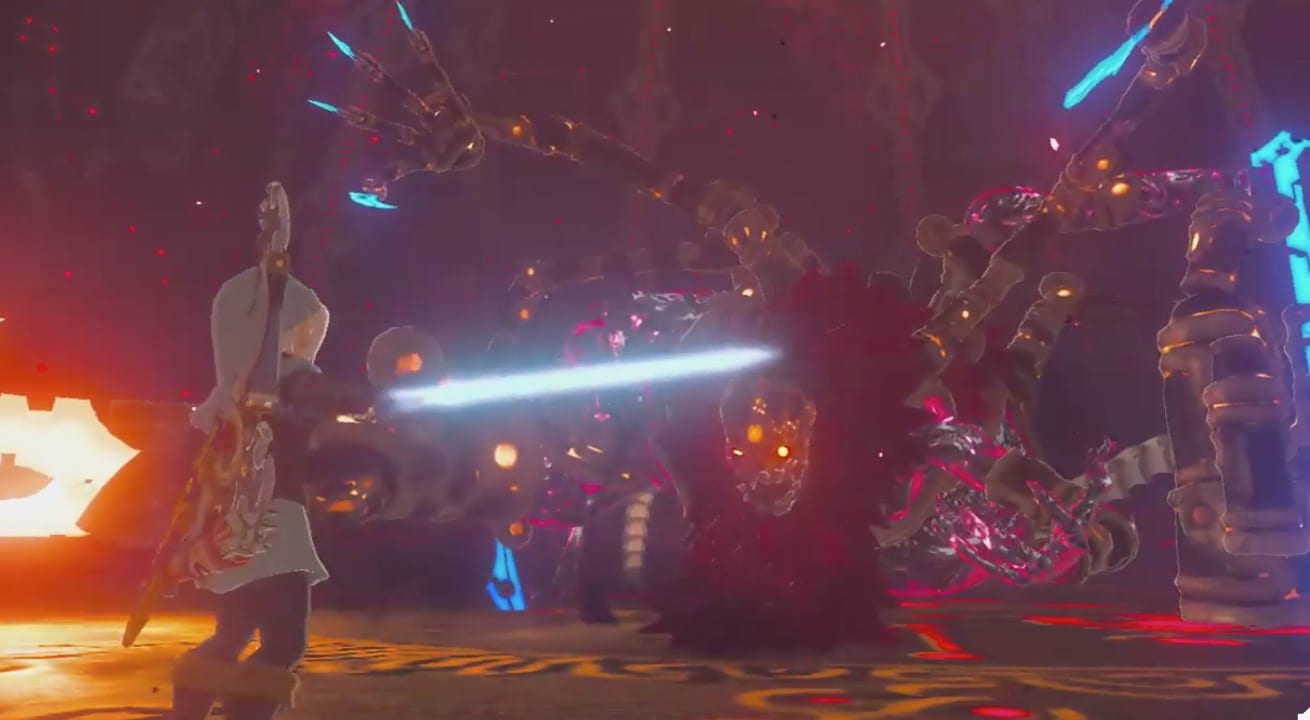 The Legend of Zelda: Breath of the Wild has some pretty crazy die-hard fans that manage to do some wild things in the game, like killing a Golden Lynel with a boomerang tornado or modding a Ring-Con controller to use in-game.

Earlier this week on Reddit, a user named Master_t0rch uploaded a video of them defeating Calamity Ganon in just 11 seconds.

The video starts off with them about to face Ganon but you can see that they’re wearing the Fierce Deity armor set from Majora’s Mask, which is obtained by scanning in the Young Link amiibo into the game.

Master_t0rch also has a triple attack-up buff, a savage Lynel Bow, and some handy dandy Ancient Arrows to deal some major damage to Calamity Ganon.

After using the stasis ability to slow down Ganon for a few seconds, Master_t0rch proceeds to use a skew bounce to get up high in the air and then goes to bullet-time mode to unleash a total of five arrows right into the boss’ sweet spot or shall I say, weak point.

When asked about the skew bounce method, Master_t0rch attempted to explain to people how it all exactly works:

I’ll try and explain it. So you wanna jump off of a slope and shield surf mid-air, like in the video, enter bullet time, turn 180 degrees and land facing the point you just jumped off of. This should cause you to fall off your shield. That’s how you set up a skew bounce. To do the actual jump, you wanna shield surf on the spot, but before your shield touches the ground quickly hold left on the d-pad to open up the shield menu. From there just de-equip your shield and you should launch into the air.

You can watch the master doing their finest work down below in the video: