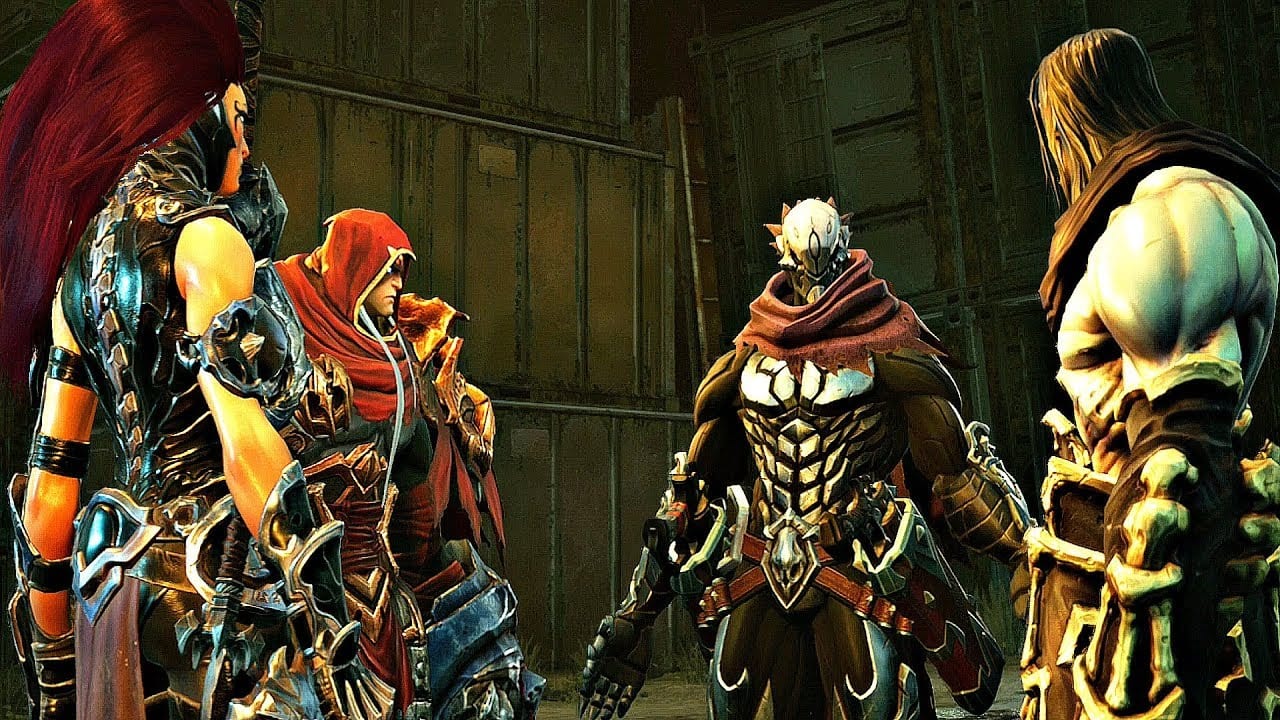 Much like the four horsemen of the apocalypse, there are four Darksiders game for gamers to sink their teeth into. War, Death, Fury and Strife each now have their own adventure that range from incredible, to poor recreations of other games.

It’s no point hiding the fact that the series is known for embracing such games as Zelda and Dark Souls, using what made them so great and molding them into new experiences of their own.

With Darksiders Genesis swinging its way onto consoles like Death’s trusty scythes, it’s time now to look back at the past 10 years to find which horseman comes out on top with the most definitive journey.

Perhaps the most mixed upon critics and gamers alike is Darksiders III – a Dark Souls inspired game which lost some of the magic that made the first two entries such cult hits.

You play as Fury and are tasked with tracking down the seven deadly sins that now reside in the remnants of a post-apocalyptic Earth. It’s a premise that should be exciting, exhilarating and constantly pushing the player forward on a wild hunt to to find each of the deadly sins.

What is left, however, is a pale imitation of the Dark Souls series. The idea is there, with each of the deadly sins serving as climactic boss battles, serving as gauntlets for you to push past. But instead it lacked the spark which ignited millions of players to fall in love with the genre in the first place.

The environments were bland and uninspired; the lack of puzzles and exploration was lost from the previous entries; and the combat lacked the finesse of not only the games it was imitating, but past Darksiders iterations as well.

Darksiders III was also riddled with a variety of technical issues such as graphical texture pop-in, freezes and crashes. While most of these have been patched, it still lacks the same vibrant world that the previous entries managed. It was also later patched to bring back the combat style from the previous games, losing the Souls inspired one on display here. If that’s not a sign this was a step in the wrong direction, I don’t know what is.

Darksiders III wasn’t a bad game per se, far from it in fact. It simply lacked the charm the series was known for in favor of experimenting with a new gameplay system. This would be fine for a spin-off entry, but for a mainline entry with a solid fan base, it was always going to be a recipe for disaster.

The latest installment embraces a Diablo-esque style, complete with an isometric camera view and frantic co-operative action. Darksiders Genesis puts you in the shoes of both War and Strife, who is a first time playable character in the series.

With a more linear level design and Diablo style approach, it could easily be mistaken that Darksiders Genesis is another misstep much like Darksiders III. On the contrary, it’s the complete opposite and embraces its roots while experimenting with its gameplay styles. This time around both War and Strife are sent to track down Lucifer and discover his plans to turn other demons to his dastardly cause. Taking place before the original trilogy, this is also a perfect entry point for newcomers.

It’s easy to dismiss Darksiders Genesis as another rip-off of a popular franchise, but this entry packs a lot of personality in a tighter and more concise package. Instead of an open world to explore, it’s been stripped back to a simple level system. But each level packs the style of the first two games complete with solid puzzles, cathartic combat and a lush and extravagant world to explore.

Having that perfect balance of old with the new paves a smoother way for fans rather than the complete switch Darksiders III made. It’s also lighter in tone than previous entries, with Strife providing much needed comic relief in a series that has been plagued with an unnecessary need to be overly serious.

The addition of co-op is also fantastic, with each player having a varied skill set as both War and Strife, War being the more muscular delivers hard hitting and satisfying blows the the hordes of demons that plague the world. Strife, however, is a lot more agile with fast speed to quickly maneuver the battlefield and turn the tide of combat.

Darksiders Genesis comes at a time when the future of the series was left uncertain by the poorly received and sold Darksiders III. It comes to show that the franchise still has enough horsepower to combat the apocalypse.

Starting back at the beginning is the original Darksiders, which was released all the way back in 2010. With little hype or fanfare, it became something of a cult hit, with enough word of mouth generating more sales and eventually a sequel.

Immediately off the bat, Darksiders introduced you to its world with a heavy amount of God of War inspire combat. It’s punchy, flashy and most importantly – gory. The opening hours of this game ease you into the onslaught of blood and guts you’ll be spilling over the course of your adventure.

Eventually it opens up to reveal that its more than a simple God of War clone, but a hybrid of said series with the DNA of Zelda rushing through its veins. It’s a world complete with dungeons, constant upgrades and visceral combat that beautifully marries the two games into one lovely blend.

Darksiders sees you in a conflict between heaven and hell with Earth caught in the crossfire. The adventure takes the Earth as we know it and twists it into something unrecognizable with fantastical beasts and mass destruction that’s completely wiped the land. Despite its dark nature, the world is a joy to explore and more upgrades allow you to advance to new areas or previously discovered ones now accessible with the given tools.

The dungeons themselves also hold their own and are strong enough to rival a large amount of the ones found in Zelda. Mixing in the puzzle elements that Zelda is known for with fast-paced combat is a perfect concoction for success. Though, the world does take the open-ended nature found in some of the games it’s based on and funnels you through a fairly linear experience. Still, it manages to make the world feel larger than it indeed is which is commendable.

Darksiders came at a time where very few games were rivaling the likes of God of War and Zelda, but managed to use those properties to blend itself an identity of its own. It remains a consistently fun ride, with fantastic dungeons, excellent combat and a wonderful sense of world building. It also paved the way for a superior sequel…

Using the very framework that Darksiders built, Darksiders II used those foundations to create something truly special. While Darksiders was a marriage of many other properties, it was Darksiders II that really used that winning formula to create not only the best in the franchise, but possibly one of the best action-adventure games of the last decade.

Set parallel to the events of the original Darksiders, here you play as Death who aims to clear the name of his brother from the events taking place on Earth. Here, Darksiders II provides further insight into its lore and makes the world that these characters originate from the centre piece of exploration.

It truly is a lush and vibrant world with such varied biomes and incredible world design. If one complaint from Darksiders was how similar the world remained beginning to end, then Darksiders II takes that complaint and crushes it with Death’s mighty grip. There’s more open-ended exploration, a grander scope and a truly impressive visual art style that still holds up a whole console generation later.

Loot was also a major drawing point for Darksiders, using the idea of Diablo’s loot system to constantly reward the player for exploiting each environment. Chests would provide new armor and weapons to upgrade your character and side quests would reward handsomely to give you the chance to purchase new abilities.

The dungeons were also the strongest they’ve ever been in the series, with lengthy ventures into Gothic ruins ending with spectacular boss battles that utilized all of Death’s devastating abilities. New items are also distilled to the player at a faster rate so that the pacing starts off strong and never lets go.

Darksiders II takes every component the series is loved for, puts it in a cooker and cranks the dial up to eleven. What you’re left with is the tastiest treat ever to come out of the franchise and a perfect serving of everything that makes Darksiders loved. It starts with one of the best boss battles in the series and fires off like a rocket from there. In a world where Breath of the Wild has pushed past Zelda’s conventions, Darksiders II embraces the past and uses that beloved gameplay loop to create something truly special.

What’s your favorite Darksiders entry? Will you be picking up Darksiders Genesis? Let us know in the comments below!