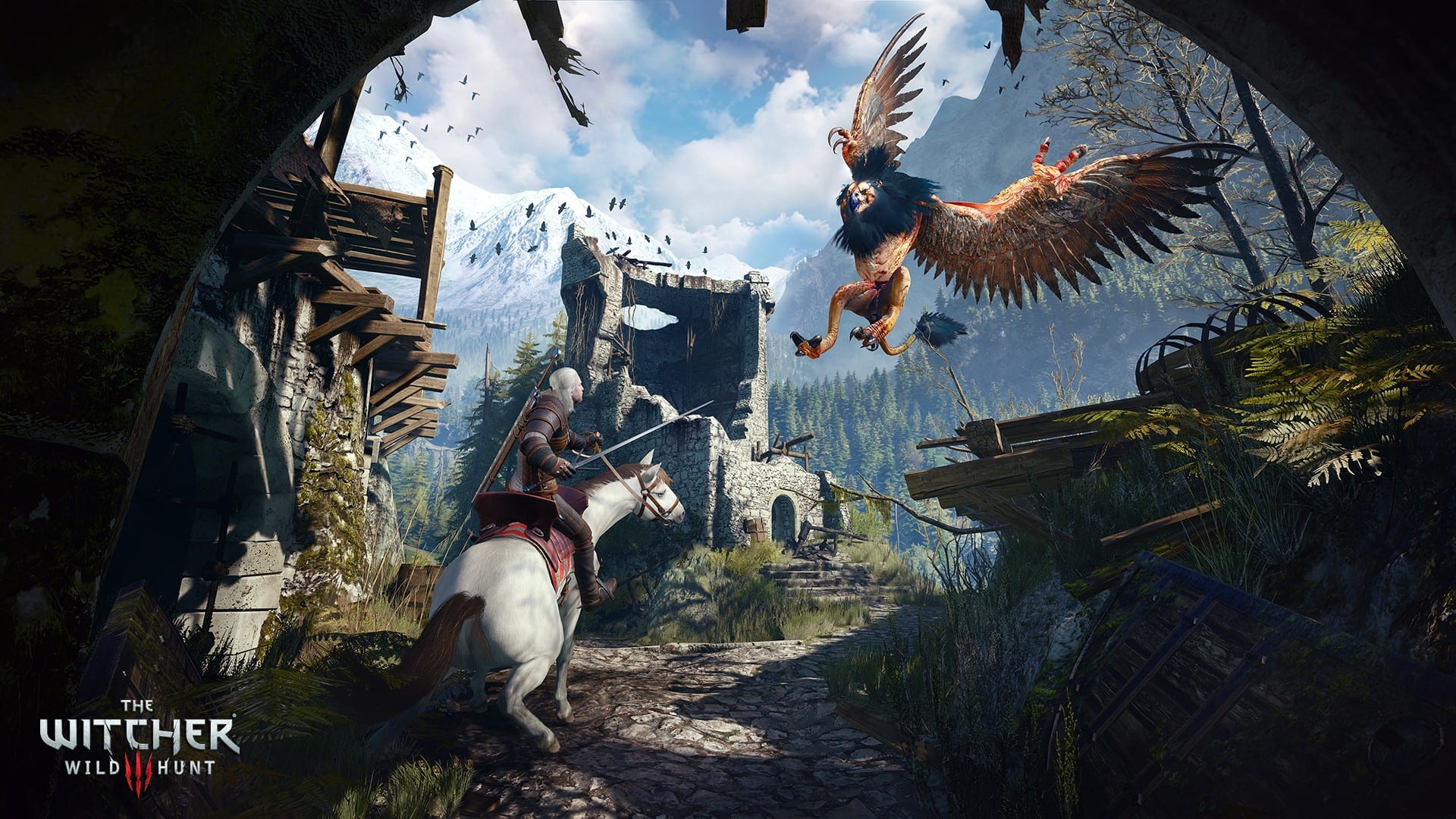 The Aerondight is The Witcher 3’s best silver sword, but it’s only available if you’ve either purchased the Blood and Wine DLC or have the GOTY edition that includes the expansion by default. Even once you’ve unlocked that content, there’s a fairly lengthy side-quest to knock off in order to acquire it. Here we’ll explain exactly how to get the Aerondight sword in The Witcher 3: Wild Hunt.

How to Get the Aerondight Sword in The Witcher 3: Wild Hunt

You may have actually stumbled across the Aerondight sword tantalizingly out of reach whilst exploring Toussaint. It’s protruding from an island in the middle a of a small lake west of Corvo Bianco, which is a cool nod to Arthurian legend.

In order to remove the sword from its rocky sheath, you’ll have to beat a side quest called There Can Only Be One. This can be undertaken by either inspecting a notice from one of the boards in Toussaint or by visiting the lake and speaking with the Hermit that lives there.

There Can Only Be One Quest Walkthrough

This quest requires Geralt to prove that he possesses the five chivalric virtues, which are etched into the stones laying about nearby the Hermit’s location by the lake: Honor, Compassion, Generosity, Wisdom, and Valor. Once you’ve done that, you’ll then have to beat the Hermit in combat.

We recommend that you begin this quest more or less as you arrive in Toussaint, since the decisions you make during other quests undertaken in the region will determine whether Geralt is deemed to possess said virtues.

There are actually multiple ways you can achieve each virtue; it isn’t tied to specific quests. We’ll list some quests below that match each one, so it will just be a case of making sure you tick off each one. You can find some of the quests by searching notice boards, others are part of the main quest line.

Till Death Do You Part: For this quest, after having solved the dispute between the two ghosts, when you return to the innkeeper select the option to explain that it was “actually, just a marital spat.”

Warble of a Smitten Knight: During this quest, you’ll have the opportunity to compete in a horse race. Do this and win, then agree to duel when you’re presented with the option. Win the duel.

Big Game Hunter: This quest is found on the notice board in front of the Cockatrice Inn. There are two important checkboxes to make sure you tick off: do not harm the panthers during the quest, and later, ask the guards “New life? Something wrong before?” when prompted. You will be given an invite to the exhibition, which you’ll need to attend.

Beast of Toussaint: Spare the life of the Shaelmaar.

Blood Run: When a child approaches you to deliver a letter, reward him with some money.

The Witcher as an Old Man: Purchase the painting of Geralt for 1000 crowns.

Father Knows Worst: This quest is found in a cave not far south of the Hermit’s lake. You’ll need to save the brother of the civilians that give you the quest, then choose the dialog options “No one dies. Not today” before leaving.

La Cage Au Fou: Lift the curse of the Wight during this primary quest. You’ll need to have a spoonless dinner in order to do so.

Warble of a Smitten Knight: Finish the tourney and win it when the opportunity presents itself (after the forest section).

Feet as Cold as Ice: This is a contract, not a quest. When you speak with the knight outside the cave, tell him to take the trophy rather than taking it for yourself.

Return to the Hermit’s lake once you have ticked off each virtue and prepare to do battle. He’s no pushover, packing a decent punch with his ranged magical attacks. After you’ve beaten the Hermit, the Aerondight will offer itself to you.

The Aerondight is a silver sword that offers a unique and powerful buff that rewards skilled swordsmanship.

For every blow you deal, the sword’s damage will buff by 10%. At full charge, it will have an increased critical strike percentage, too.

When you first receive the Aerondight, its level will match whatever Geralt’s is. However, it will also increase as Geralt levels.

Now you have The Witcher 3’s best sword, don’t forget to grab its best armor as well, such as the Cat School and Bear School Gear.

That’s everything you should need to know about how to get the Aerondight sword in The Witcher 3: Wild Hunt. For more useful tips and information on the game, you can check out our extensive guide wiki.

Comments
Continue Reading
Related Topics:Aerondight, there can only be one, witcher 3