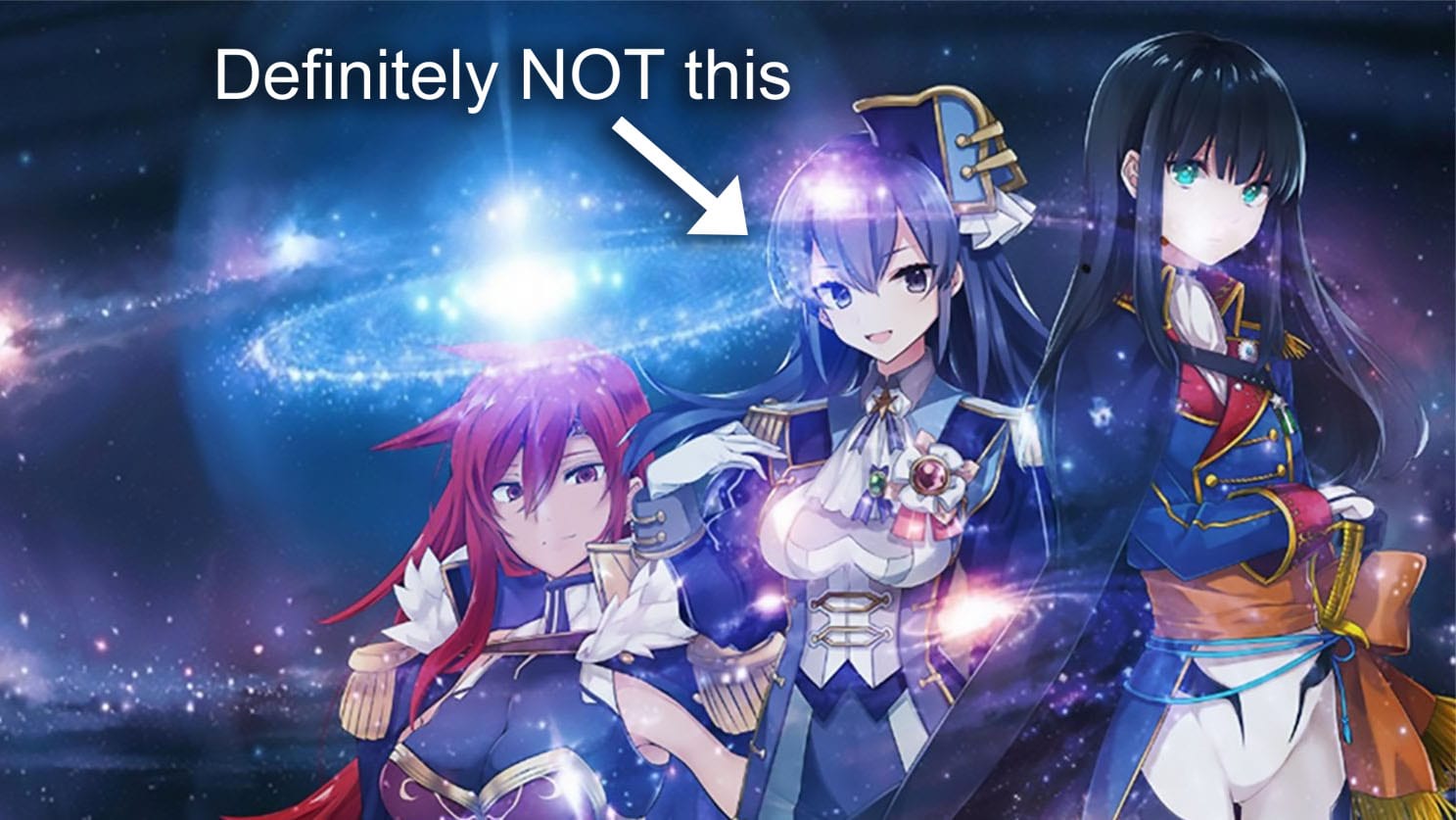 Kadokawa Games’ strategy simulation JRPG Project Stella is still quite mysterious, and not much of the game has been revealed just yet.

We know that it will focus on the “mecha + cute girls” combination, but we have seen only the mecha side for now (and not many of them).

Actually, I lied: you have seen just the mecha because I have seen the girls as well.

During an interview at Kadokawa Games’ headquarters in Tokyo, president and director Yoshimi Yasuda provided me with the first sneak peek of the character design drafts. Unfortunately, I cannot show you what I saw, but I can describe them.

The girls are indeed cute, but they also look definitely badass. Compared to the character design of Starly Girls: Episode Starsia and Hoshimusu AllStars (Which you can see above), the style is definitely more mature, with a higher degree of realism, especially in the clothing and equipment.

Don’t get me wrong, the artwork is still definitely anime-like, but to give you an idea, you could say that Starly Girls’ art is similar to that of an anime aimed to middle and high school audiences, while Project Stella’s art is more akin to an anime targeting high schoolers and up, all the way to university students and adults.

The designs are a bit more gritty and much sharper compared to the softer style of Starly Girls, and the equipment is more complex and a lot more detailed.

Ultimately, the protagonists of Project Stella are still definitely cute, but they also look really cool and interesting. I can’t wait to see them in motion.

Yasuda-san mentioned during the interview that while the artist (or artists) have been decided, it’s too early to announce their names. They are relatively new in the industry, which is quite impressive considering the quality of the art I have seen.

He also revealed that the designs will likely be publicly revealed at the same time as the official title of the game (“Project Stella” is still a working title) down the line.

If you want to read more about Project Stella, you can read our previous interview Yasuda-san himself and an earlier round of questions and answers, while you wait for the new one to be ready for publishing. It’ll come soon.

Project Stella is a strategy simulation JRPG based on the tried and true combination of cute girls and mecha, and we know it’s coming for consoles, but it doesn’t have specific platforms announced or a release window.