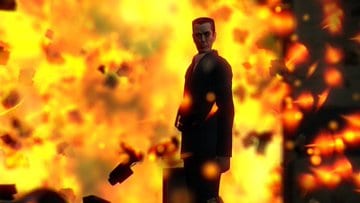 Hunt Down the Freeman, a controversial fan-made Half-Life spin-off that released back in 2018, is getting a VR sequel. The announcement was made by developer Royal Radius Entertainment earlier today, which also teased the first images of the game.

We are happy to announce Hunt Down the Freeman 2, our first title to support VR! We aren’t ready to share info about the story just yet but until then, here are some Teaser images. pic.twitter.com/A7gKviT35Z

The first game, which was developed under a license using the Source Engine and was sold for $25, upset many during its initial launch for a number of reasons. Most prominently, as it was believed to have used stolen assets from other Half-Life mods, an accusation the developer refuted when later interviewed by PC Gamer.

The fact that Hunt the Freeman wasn’t very good didn’t help its case, either. Inconsistent production value, uninspired level designs, and a host of technical issues aren’t features one would expect to mire a game with Gordon Freeman branded on its front cover.

That said, it did do one or two things rather well. While not all that cohesive, its story took Gordon Freeman’s character in an interesting direction with several accomplished cutscenes.

It remains to be seen whether the developer is capable of building on those small victories a second time around, and whether it’s able to produce a compelling VR gameplay experience — something that’s proven tricky for even the most accomplished teams.