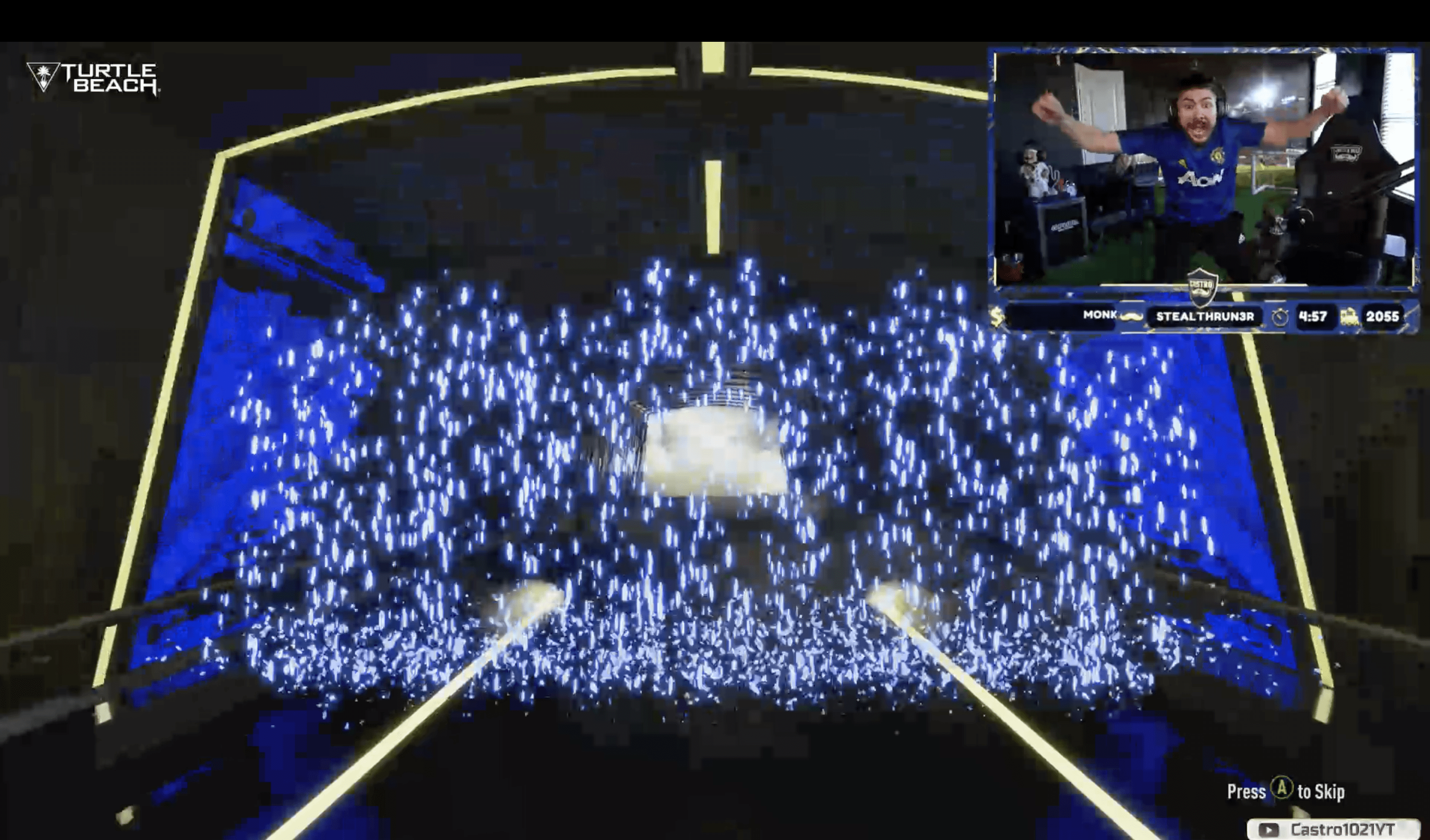 TOTY is out now in FIFA 20 and it’s one of the most exciting promos every year. This year though, it’s causing a fair amount of anger too.

FIFA 20’s pack animation is the best the series has seen, with there being countless ways to preempt what you’re getting in the pack. One of the biggest tells is the flares that drop down once the doors first open.

The color changes depending on the type of card you pack. White is for Icons, orange was for Scream cards, and there has been various blues over the last few months.

UCL walkouts and Team of the Year walkouts are both blue flares, but one set is just a blue version of base gold cards, while the other signifies the best cards in the game. One will likely earn you a few thousand coins, while the TOTY one could see you earning a few million.

It’s both funny and frustrating that you need a magnifying glass to tell the difference between the two card types as the pack animation starts. Take a long look at the image below and you’ll be able to see that the blues are ever so slightly different.

The blue on the right, which is the TOTY flare, is very slightly lighter than the UCL one on the right, but you can’t be expected to tell the difference when the animation is in full force and you’re hoping and hoping that you’ll pack one of the new elusive cards.

The vague difference has resulted in some hilarious situations where streamers are baited into thinking they’ve packed themselves a Team of the Year, when in reality they haven’t. It feels bad laughing, but it gets funnier with every clip that appears on Twitter.

It all started with Castro, probably the biggest FIFA streamer, who thought he’d packed Kylian Mbappe just minutes after Team of the Year had begun.

With a blue flair and the French flag, you can forgive him, but the sudden change from ecstasy to despair is delightful. Even Laporte (who he actually packed) and the PSG star he thought he’d packed found the funny side.

Then, Rob (HomelesPenguin on Twitch), who was the first to share the TOTY clip from Castro’s stream, had karma come back and bite him. This is my personal favorite reaction.

Not long after, another clip from ItsODJ appeared on Twitter.

Then, another of the biggest and best FIFA streamers, Nick (RunTheFUTMarket), got caught himself.

Finally, Kurt, who has been at the centre of his fair share of FIFA news this year, fell for the flairs.

With the blue flairs, the Dutch flag, and CB position, it’s not a surprise that he thought he’d packed TOTY Virgil Van Dijk, who is the first 99 OVR defender that FIFA has seen.

For it to be Inter Milan’s De Vrij is heartbreaking, but hilarious at the same time.

After being caught out a few times myself, I’ve learnt to not get excited just when I see the color blue when a pack opens.

Only time will tell is streamers learn their lesson too, whether more and more clips of them being baited by the color will take over Twitter over the next few days, or whether FIFA players generate a mass hatred of the color blue.