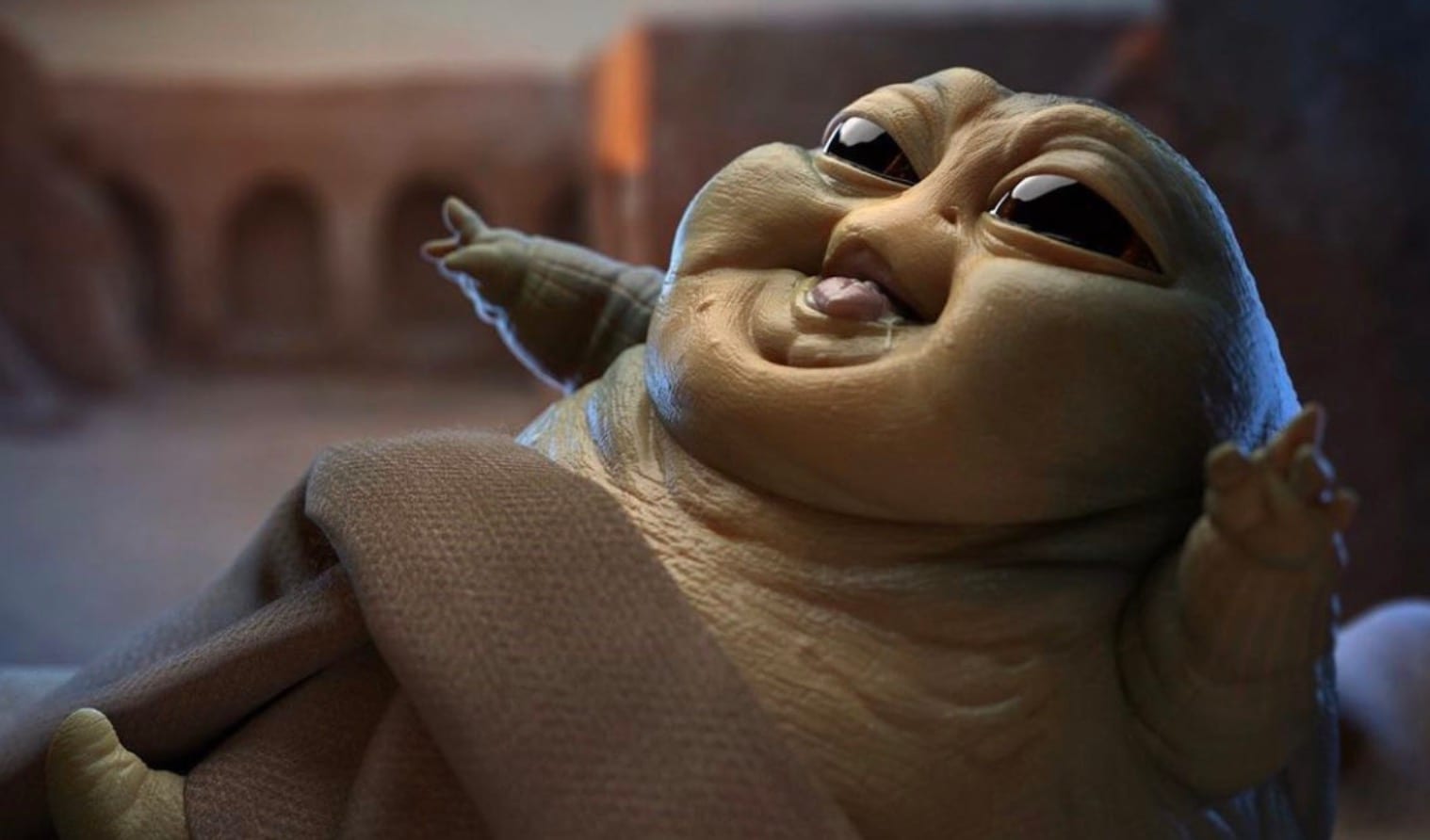 Before you get ahead of yourselves: no, Baby Jabba isn’t a real thing unless you count Jabba’s son from The Clone Wars series but a concept artist has created a mock-up of a potential Baby Jabba the Hut and it’s gone viral.

Coming from Comicbook, the original image was posted to Leovitiart’s Instagram account back in November and was later posted to Reddit which was then reposted by actress, Olivia Munn, this week, which is how it gained further attention.

And now that more people have gotten the chance to feast their eyes on the adorable little monster, it seems Baby Yoda is being left in the dust with folks praising the concept art:

I still adore and will forever love Baby Yoda because he’s an actual thing in the Star Wars universe, being one of the main characters of the Disney+ series, The Mandalorian. But, if you do prefer Baby Jabba or even Babu Frik over Baby Yoda, make sure to show your support in the comments section below… even if your opinion is wrong — we don’t judge!

You can also check out this feature that talks about other video game characters who are just as cute as Baby Yoda.