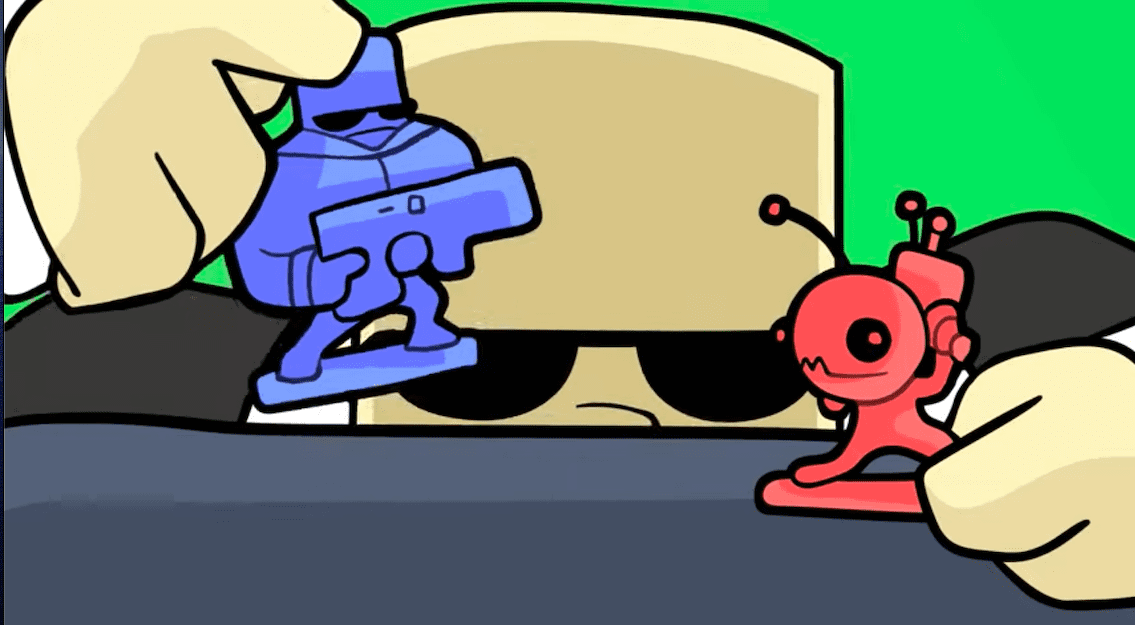 The Behemoth, the developer known for classic games such as Castle Crashers and Alien Hominid, is returning to the latter with a new game in what is now a series: Alien Hominid Invasion.

This is fifth game from The Behemoth was teased the other day and marks the first time the developer has ever followed up with a new title for any of their past games.

The announcement trailer (below) is extremely brief. It does however show off the developer’s signature art style which is reminiscent of a souped up, pretty version of old browser games from the early 2000s.

A bit of information is revealed though in the cryptic trailer’s description:

The Behemoth is excited to reveal a preview of their fifth game in development, Alien Hominid Invasion! The co-op arcade shooter will be an all new re-imagination of the studio’s first game, Alien Hominid HD.

Fortunately for those interested in the game, Alien Hominid Invasion won’t be under wraps for very long. It will be playable at PAX East at the end of February, so anyone that’s there can play it for themselves or at the very least follow along with the news at home. We’ll definitely look to give it a go while we’re there.

If you miss out on PAX East, EGX Rezzed roughly a month later at the end of March will also feature a playable Alien Hominid Invasion.