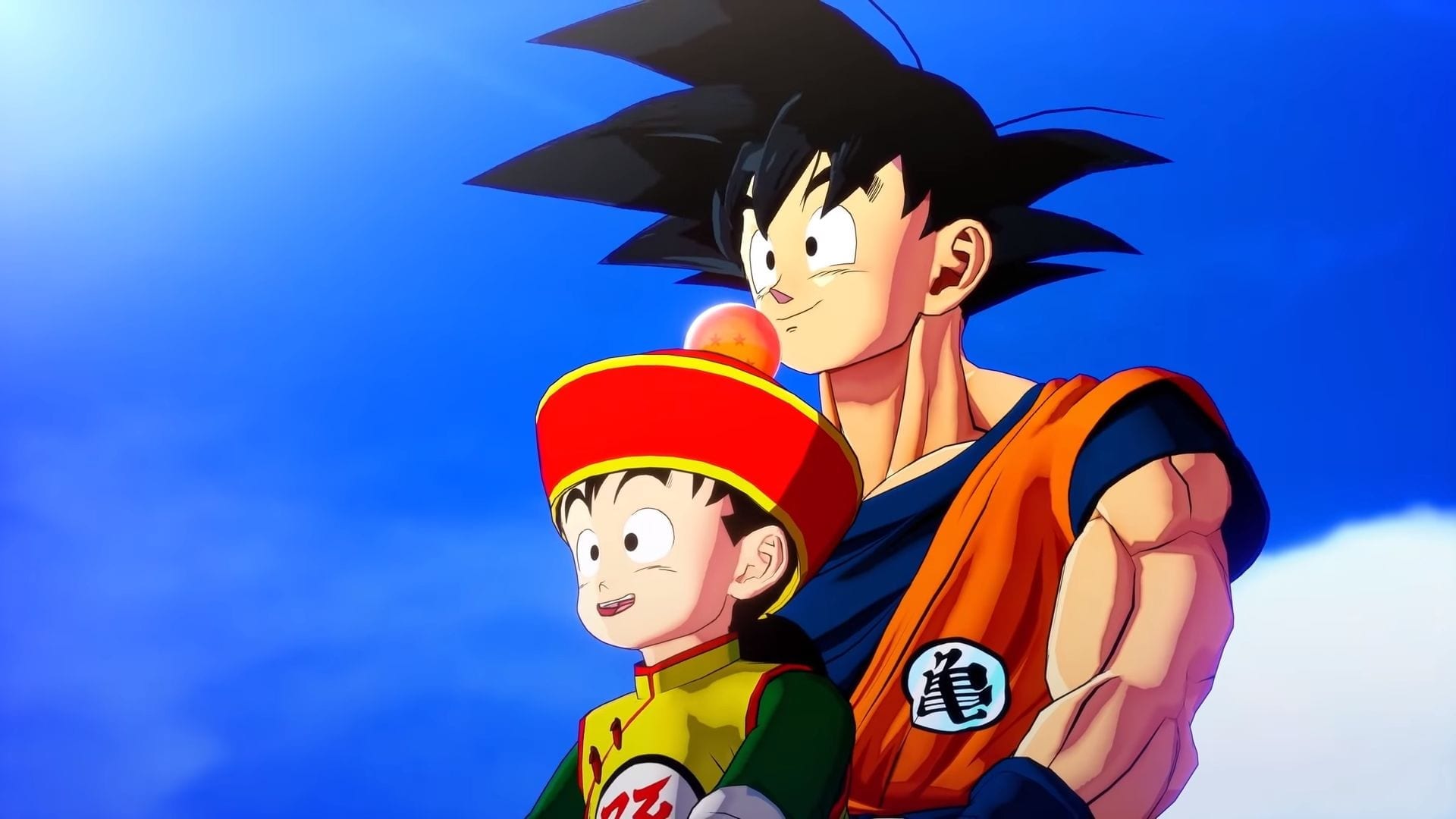 Explore the World of Dragon Ball

While Dragon Ball Z Kakarot isn’t exactly an open-world game, it does let you explore the world of the series like never before. You’ll primarily be taking control of Goku, flying around the lush green hills and other vibrant locales.

While you’ll still be following the main story of Dragon Ball Z, there’s a ton to do outside of that. Goku can use his tail to fish, pulling huge monstrosities out of the water. You can engage in his favorite pastime and chow down to get buffs.

There are also a ton of side quests to undertake, as well as items to collect. While there isn’t one seamless open world, you’ll be exploring different zones with unique designs, and that carries through each major arc of the anime, from Saiyans to Buu.

The main story of Kakarot will follow the main events of the anime, like most Dragon Ball Z games do, but there’s actually going to be brand new story content and new characters designed by Akira Toriyama.

New details will be added to character backstories, and plot points expanded upon for side characters throughout the series, both major and minor ones. This means you’ll see a lot of familiar faces returning, like Launch and Dabura, and brand new ones like Bonyu, a member of the Ginyu Force.

There most likely won’t be anything Earth-shattering, but more longtime fans of Dragon Ball it’ll be fun to see new wrinkles and elements to characters.

Relive the Series’ Most Iconic Fights

If there’s literally one thing Dragon Ball is known for, it’s the fights. We’ve played through these fights countless times before, but Kakarot is hoping to make them bigger and grander than ever before.

Bosses present a real challenge in Kakarot, which is what you’ll really need to be training and improving Goku for. In our hands-on at E3 in 2019 we faced off against Raditz.

With multiple health bars it was a lengthy fight, and Raditz had huge energy attacks that could raze the environment and cause some serious damage if you weren’t able to dodge properly.

Kakarot uses a combat system similar to the Xenoverse games, but it’s a bit more fast-paced and tighter. With any luck, we might see some of the best representations of iconic fights yet.

The main crux of Kakarot is strengthening Goku, and it’s more of a detailed RPG than you might be used to in Dragon Ball games. By battling enemies you’ll gain experience and level Goku up, thus boosting his stats. There are more ways to strengthen the hero, though.

You can explore the world and find power-ups, help out NPCs and build communities to get skills, train with other characters to unlock Super Attacks, and even get a temporary stat boost by eating some chow.

There are a ton of different options to dig into, letting you customize your combat skills to focus on what you want. You can see even more details in the character progression trailer.

Goku is, of course, the main focus but there’s a whole host of other characters. The ones we know about are Gohan, Vegeta, Piccolo Trunks, Gotenks, and Vegito.

Each one has their own set of skills and attacks, and some battles will even see you bring a party of multiple characters, increasing your options even more.

It’s One of the Most Gorgeous Adaptions Yet

2018’s Dragon Ball FighterZ blew everyone away with its phenomenal presentation, practically looking like an anime in motion. It’s amazing to think that only a couple of years later we have a game that might meet or surpass those expectations.

Kakarot uses a gorgeous cel-shaded style, and it’s painstakingly recreated the general feeling and style of the anime, right down to the blur lines as characters speed through the air.

Kakarot will also be PS4 Pro and Xbox One X enhanced, adding 4K options into the mix. Exploring the world of Dragon Ball will have never looked better.