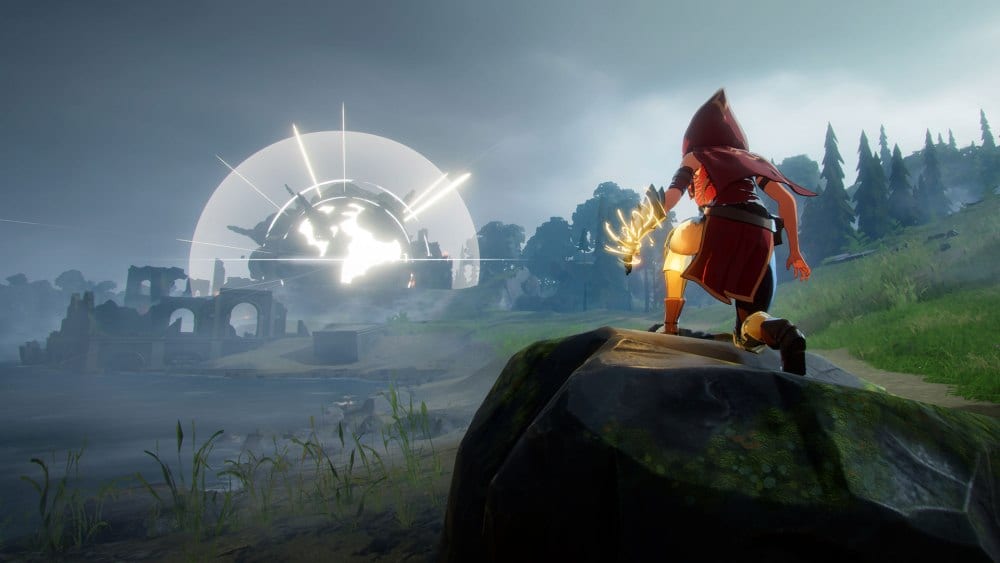 Developer Proletariat’s Spellbreak is heading to PS4 in beta next year after a year of alpha trials over on PC. The multiplayer experience blends battle royale action with frantic fantasy action, seeing players wield powerful magic in a PvP showdown across a pretty cel-shaded open-world.

Today’s trailer gave us a flavor of some of the impressive spellcasting players will be able to perform during battle. Twinfinite has spent time with the alpha on PC and we can confirm it’s development has been coming together nicely over the past year.

There’s a nice balance of RPG mechanics and skill-based gameplay in Spellbreak, and if you’re looking for a fresh take on what is starting to feel like a genre that’s getting long in the tooth, Spellbreak is one battle royale game to keep an eye on.

Spellbreak’s PS4 beta is coming in 2020 but no specific date has been confirmed.