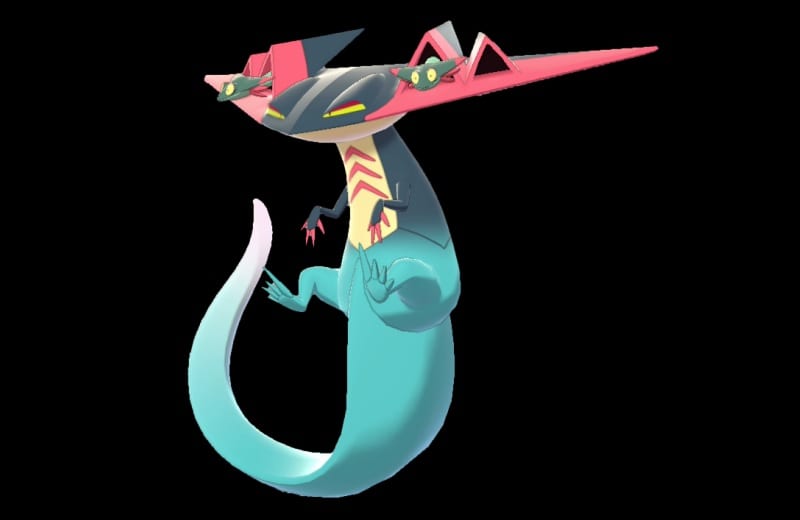 Dragapult is one of the most interesting new Pokemon in Sword and Shield thanks to its dual Dragon and Ghost typing. This also gives it access to many powerful moves. Here’s the best moveset for Dragapult in Pokemon Sword & Shield.

Dragapult can learn so many powerful moves in Sword & Shield that sorting through them is quite a daunting task. However, taking a quick look at its stats can help you determine what to put on this cannon dragon.

The Stealth Pokemon has 142 base speed, which is ridiculous for a non-legendary. That stat makes it the fifth fastest Pokemon in Sword & Shield, right above Zacian and Zamazenta.

Dragapult’s other stats aren’t as impressive, but its Attack (120), Special Attack (100), and diverse learnset are good enough to help this ‘mon have a functional role as an attacker that can hit a wide variety of types with super effective damage.

First, you’ll want to focus on attacks that will get the same type attack bonus (STAB). This is a boost that attacks get when used by a Pokemon of the same type. That means Dragon or Ghost moves would get STAB for Dragapult.

Since we’re looking for a Dragon-type attack first, then Draco Meteor is the way to go. Even though Dragapult has a higher physical attack stat, the special move, Draco Meteor, is more powerful than any other learnable Dragon Attack.

You may see some Dragapults online with the move Dragon Darts, but Draco Meteor will always beat it out even with the difference between this Pokemon’s Attack and Special Attack.

Next, we’ll look at the Ghost-type attacks Dragapult learns. The two big ones that stand out are Phantom Force and Shadow Ball. Phantom Force is a two-turn move like Fly or Dig where the user disappears for one turn.

The biggest advantage you get with Phantom Force is its ability to hit around Protect. However, it’s unlikely that will happen unless your opponent doesn’t know what Phantom Force does. Relying on your opponent’s lack of knowledge isn’t a sound strategy.

Again, even though Dragapult has a higher Attack stat, the special move Shadow Ball is the way to go here. Both moves will likely be two-hit KOs, but Phantom Force can let your opponent have two extra turns to set up their strategies or get safe Pokemon switches.

Now, this is where the moveset gets fun. You have your two STAB attacks, so it’s time to see what moves Dragapult has that can help cover its deficiencies.

The big weakness that’s the bane of many Dragons is Ice. Luckily, Dragapult out-Speeds every Ice-type Pokemon in Sword & Shield. The only one close is the ridiculously fast and strong Zen Mode Galarian Darmanitan.

Since Ice can be devastating, you’ll want to give your spooky Dragon-type a powerful Fire-type move. You can’t go wrong with Flamethrower or Fire Blast. The latter is more likely to get a one-hit KO with a super effective hit, but the former is more accurate.

I prefer to go with the safer option in Flamethrower, but Fire Blast can surprise people who might expect a switch out. Flamethrower can also be good situationally if your opponent is expecting you to get your Dragapult away from an Ice Beam.

Last, but not least, U-Turn rounds out Dragapult’s moveset. This Bug-type move will hit Dark Pokemon with super effective damage and get your fragile Dragon-type out of harm’s way.

The super effective damage is just a nice bonus against Dark-types, but U-Turn’s main utility is to let Dragapult avoid getting hit by anything that might KO it before you can take out your opponent.

Here’s a quick summary of the best moveset for Dragapult:

That’s all there is to know about Dragapult’s best moveset in Pokemon Sword & Shield. If you want to learn anything else about the game, then just check out our Sword & Shield Guide Wiki. We have also listed some other helpful guides on the game down below.