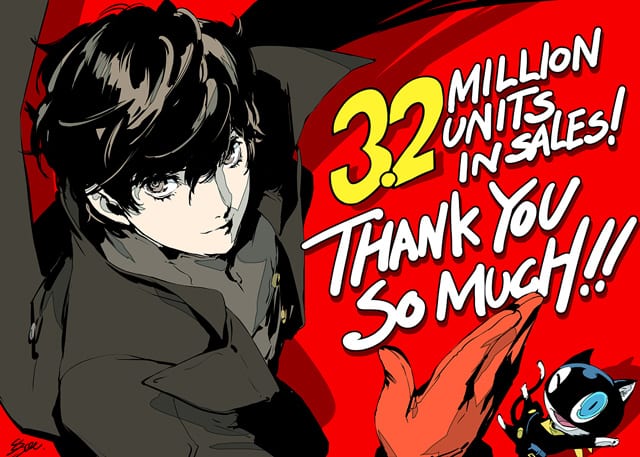 The news comes by way of Persona Channel, who celebrated the game’s success by recounting the long list of awards Persona 5 has been nominated for since 2017. These are as follows:

The list doesn’t actually include its most recent nomination, though; it was announced earlier today that Persona 5 has been nominated for User’s Choice once again at PlayStation Awards 2019.

Persona 5 Royal is essentially a director’s cut version that includes all-new content and characters. While it’s already out in Japan, Royal doesn’t have a western release date yet. We are, however, expecting confirmation of that release date very soon. As in, today.

The Phantom Thieves will be making their mark in major cities tomorrow.

More on that very soon, then.

In the meantime, you can check out some recent screenshots of the upcoming spin-off title Persona 5 Scramble.