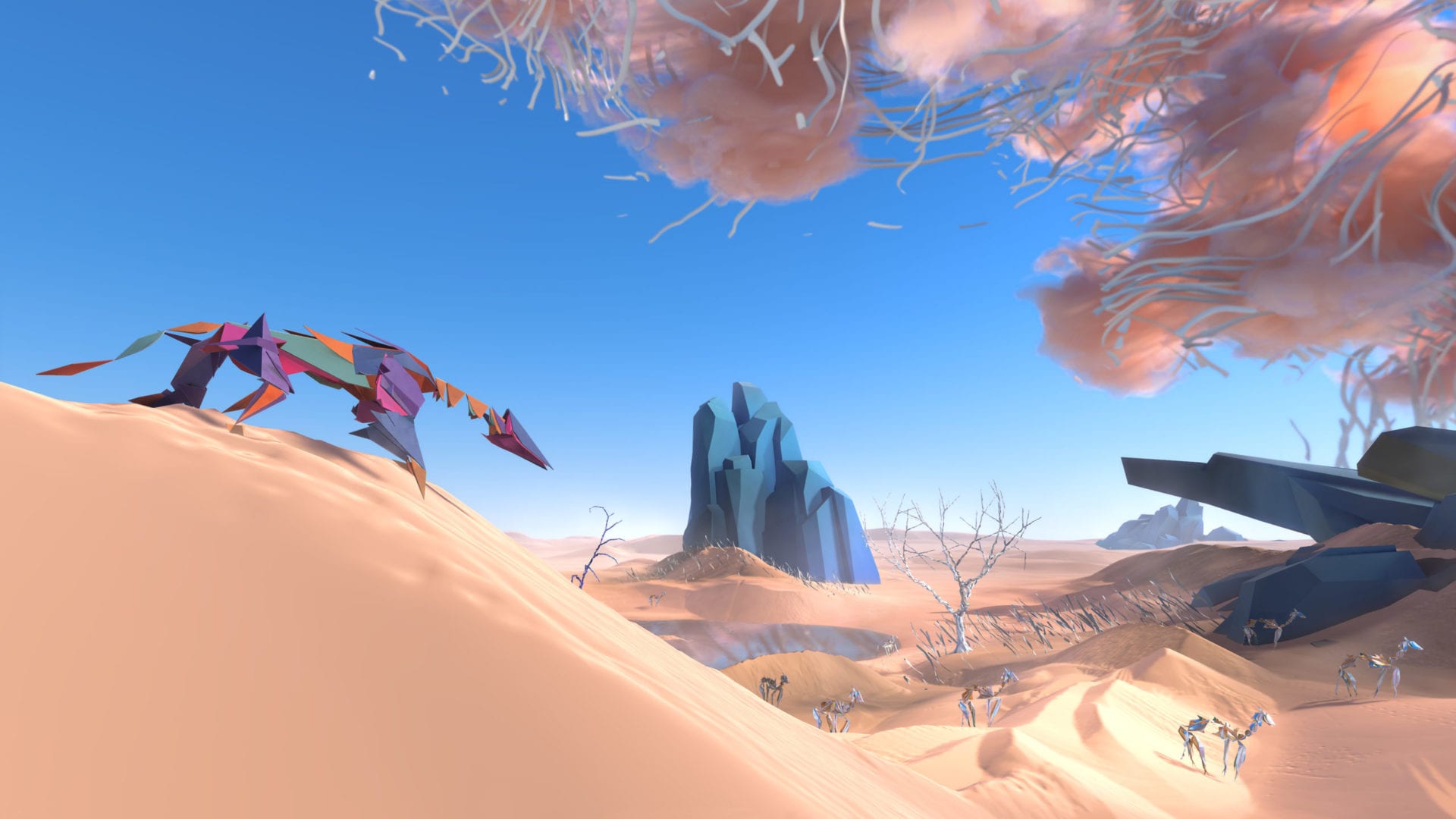 The game was first revealed earlier in 2019, but we got another glimpse at Paper Beast during Sony’s final State of Play of the year.

If you’ve not seen the earlier trailer, it is a sandbox puzzle game that allows you to manipulate the terrain and the wildlife that lives within the world.

It is also from developer Pixel Reef and the creator of Another World, Heart of Darkness, and From Dust.

The interesting art style, that sees the creatures looking like origami creations, is combined with a relaxing atmosphere.

The trailer described the setting as a “living and dynamic world” and it showed you being able to tie creatures to each other and use balls of sands to help others climb slippery hills.

It’s not immediately clear, but it seems like leading a group of Paper Beasts across the world is a focus of the game. In VR, it will likely be very immersive. You can check out the trailer below.

The full description in the trailer reads “Paper Beast is a dreamlike odyssey in a surreal wildlife simulation… Somewhere hidden in the vast memory of data servers, an ecosystem is born, Paper Beast.”

“As the first explorer of this virgin land, explore a world inhabited with endearing paper creatures. Interact with quirky animals and shape the environment to overcome obstacles and solve challenging puzzles. Unravel the deepening mysteries of Paper Beast and go on an adventure in this unique VR odyssey.”

The trailer also revealed that it will be coming to PSVR sometime in Q1 2020. It is also not clear yet whether it will be making its way to other VR platforms as well. We will be sure to update you when we know more.