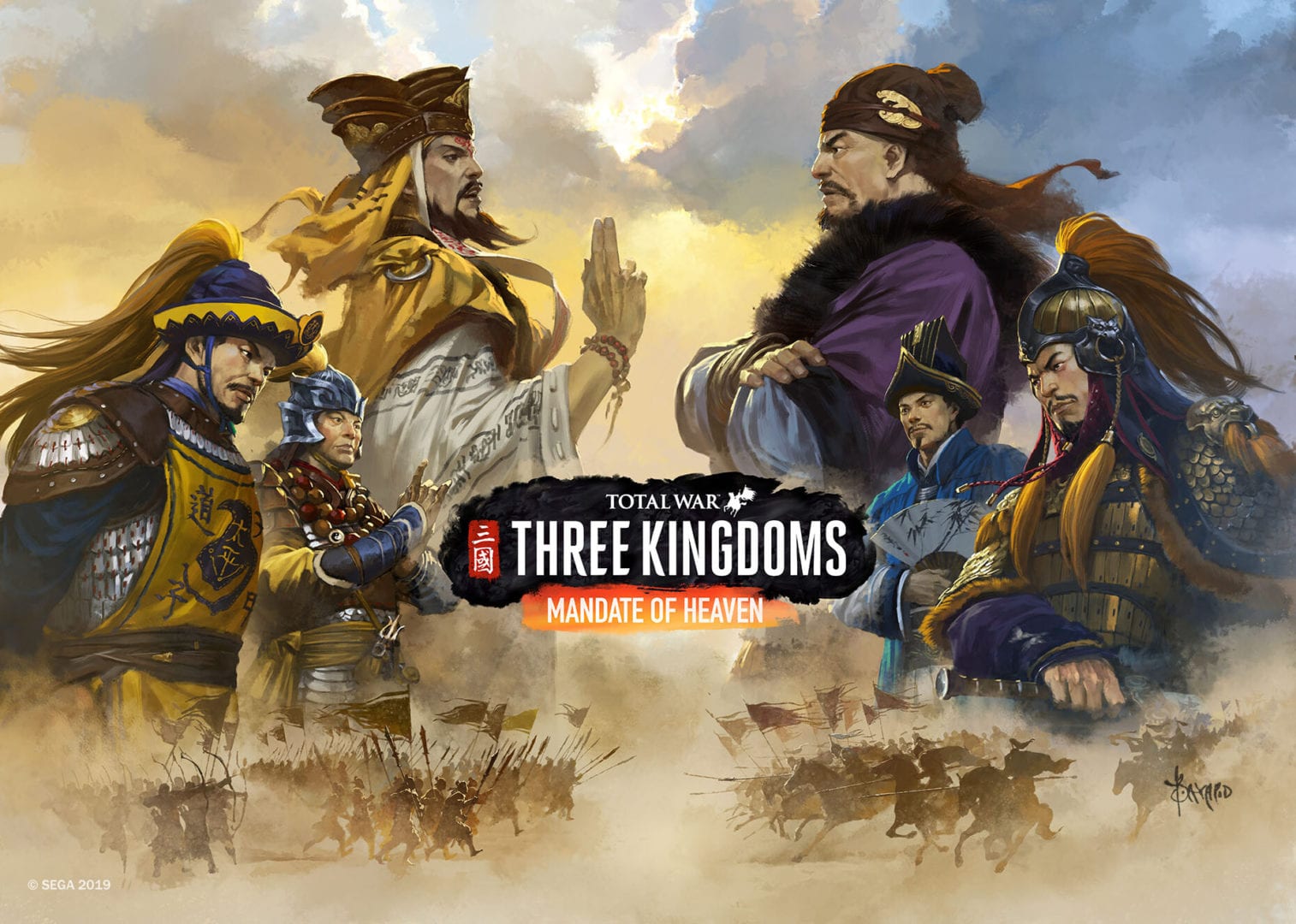 Creative Assembly has announced that a new DLC pack titled “Mandate of Heaven,” the second chapter pack for the fantastic Total War: Three Kindoms, will be coming next month.

Mandate of Heaven takes place 12 years before the Three Kingdoms scenario of the base game, and in it, players can take command of warlords both new and familiar, or even as the emperor of the Han himself.

Playing as the Han emperor will be a challenging experience, even for seasoned Total War veterans. Emperor Liu commands an empire on the verge of collapse, with the corrupt court eunuchs undermining him at every turn and fanatical Yellow Turban armies ravaging the countryside.

His central location, ruling from the capital city of Luoyang, is a first for Three Kingdoms, and while convenient, also means that danger can come from any direction.

From the gameplay footage shown, playing as Emperor Liu is reminiscent of the Western Roman Empire campaign in Total War: Atilla. Less about expansion, and more about simply trying to survive against overwhelming odds.

Other key features include a host of new characters, a major rebalancing of existing unit rosters, unique faction mechanics and more than 40 new battle units.

A comprehensive game update will accompany the release of Mandate of Heaven which will feature tweaks, bug fixes, improvements and balancing changes. This will be available for all Total War: Three Kingdoms players, and not just those picking up Mandate of Heaven.

Thankfully, we won’t have long to wait, as Mandate of Heaven will launch Jan. 16 for PC, with Mac and Linux versions coming later.

Preordering the game on Steam before launch will net you a 10% discount, in true Creative Assembly fashion.

Check out the announcement trailer and CA’s official let’s play for yourself below.

For more information regarding the Mandate of Heaven DLC, take a look at this handy FAQ Creative Assembly has put together.