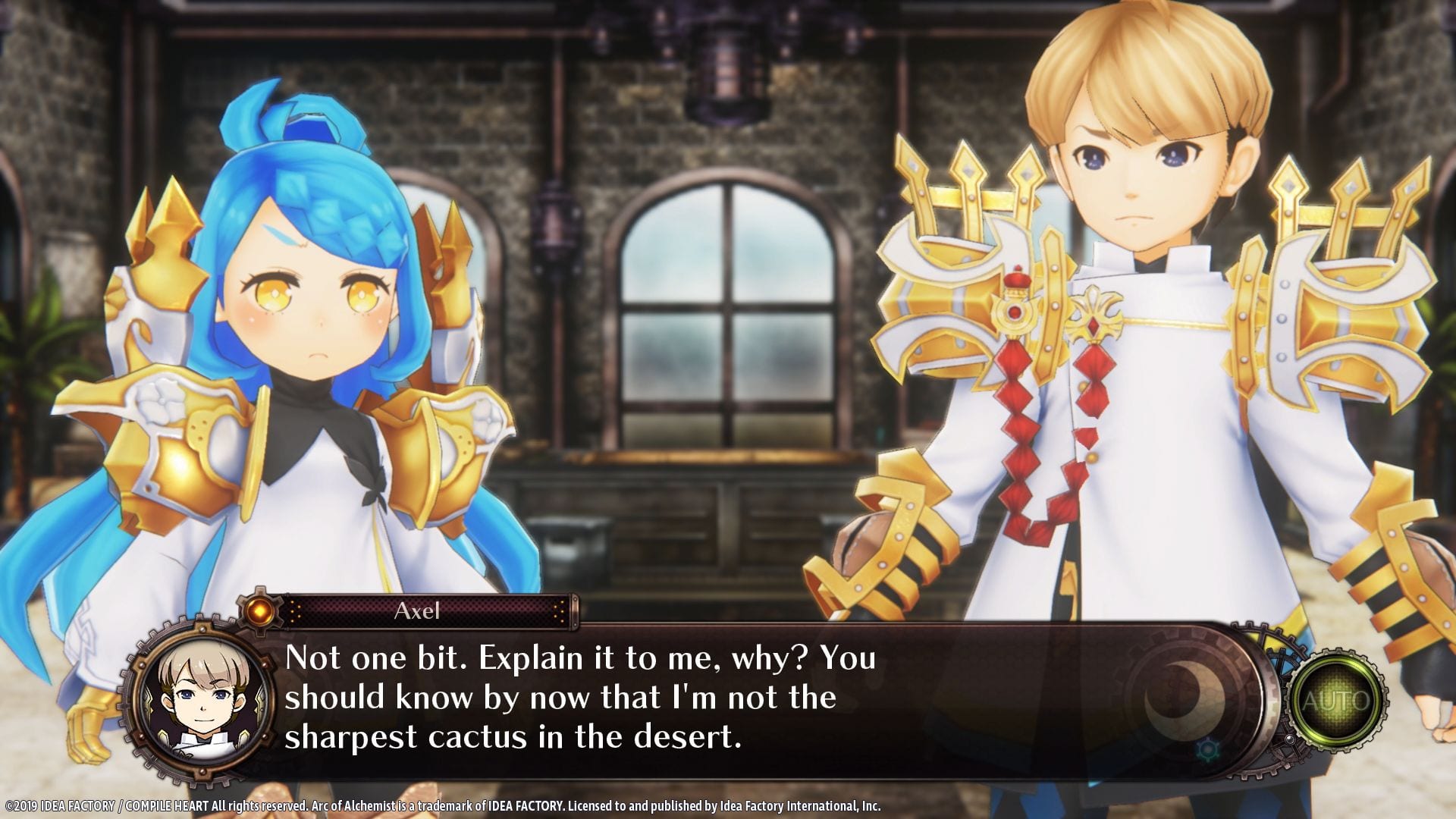 We get to see three characters that will be playable in the game, Axel, Micah, and Rune.

We also get a description for each character directly from the press release:

Because of his adoration of Quinn, he dotes upon her excessively, much to his own detriment. However, his skill as a knight is unparalleled and he’s attained several victories in battle exercises.

A knight who supports Vice-Captain Axel. Previously, she had served as his squire. She is one of the team’s most competent members, recognized for her common sense. She also takes on the role of admonishing Axel when he gets out of hand. In secret, she harbors feelings for Axel, but the path is steep.

As part of the military clergy, she is in charge of treating injured troops hurt by the perilous journey. She is skilled at sewing and cooking, and is known by all for her kindness. Her patience allows her to talk down even the self-willed Sandra. Micah refers to her calming ability as a “maternal power”, from which Rune takes great pride.

Arc of Alchemist is set to release n North America on January 30 and in Europe on January 31 for PS4 and Nintendo Switch.