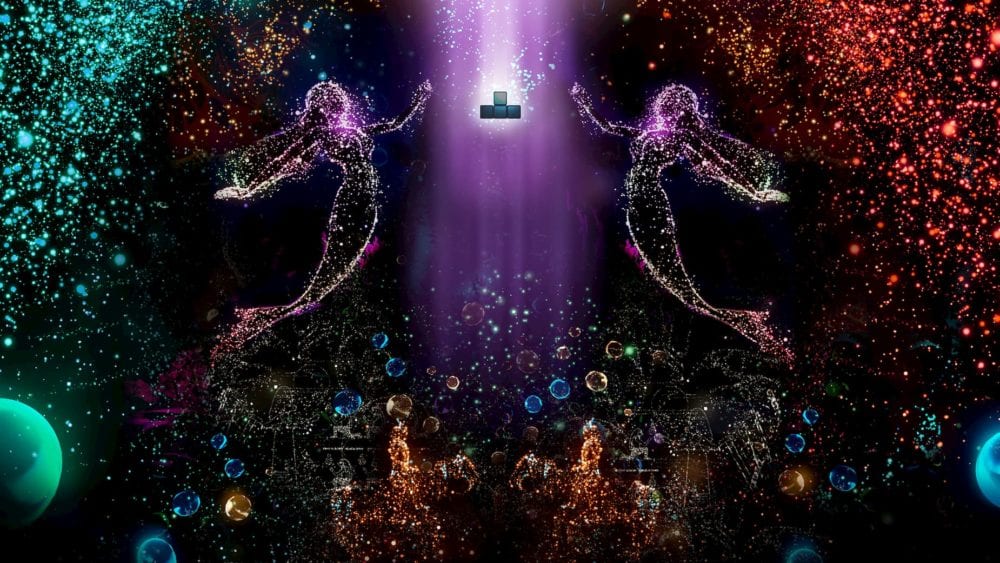 It has been one year since the PSVR release of Tetris Effect and to celebrate, Enhance and Limited Run Games have partnered to release the 40-song strong soundtrack on vinyl.

Since much of the music in the game is changed slightly by how you play, it was difficult for Enhance to release the soundtrack when the game released. Now, the digital version of all the tracks will be available alongside the vinyl.

The first thing that was revealed was a deluxe, five disc vinyl version of the 40 track soundtrack. It will be available from Limited Run Games on Nov. 22 at 10am ET for the price of $99.99. The pre-order period will be open four four weeks, so you shouldn’t have to rush.

If that’s a bit steep for you, you can also get the two disc LP that features fewer tracks but only costs $34.99.

Enhance then went on to tweet that the full 40 song Tetris Effect soundtrack will be released to be purchased digitally from their Bandcamp store. Anyone who purchases the vinyl from Limited Run will also get a digital copy of it.

Finally, you can now download a free theme on the PlayStation Store that’s based on the winning level from a fan vote on Twitter from earlier in the year.

The winning level was Metamorphosis, which is the final level from the story mode, and the theme features the music and visuals from it. It can be downloaded in the US now and will be coming to Europe later this week.

You can pre-order the Tetris Effect vinyl, in either form, from the Limited Run Games website from 10am ET on Friday, Nov. 22.