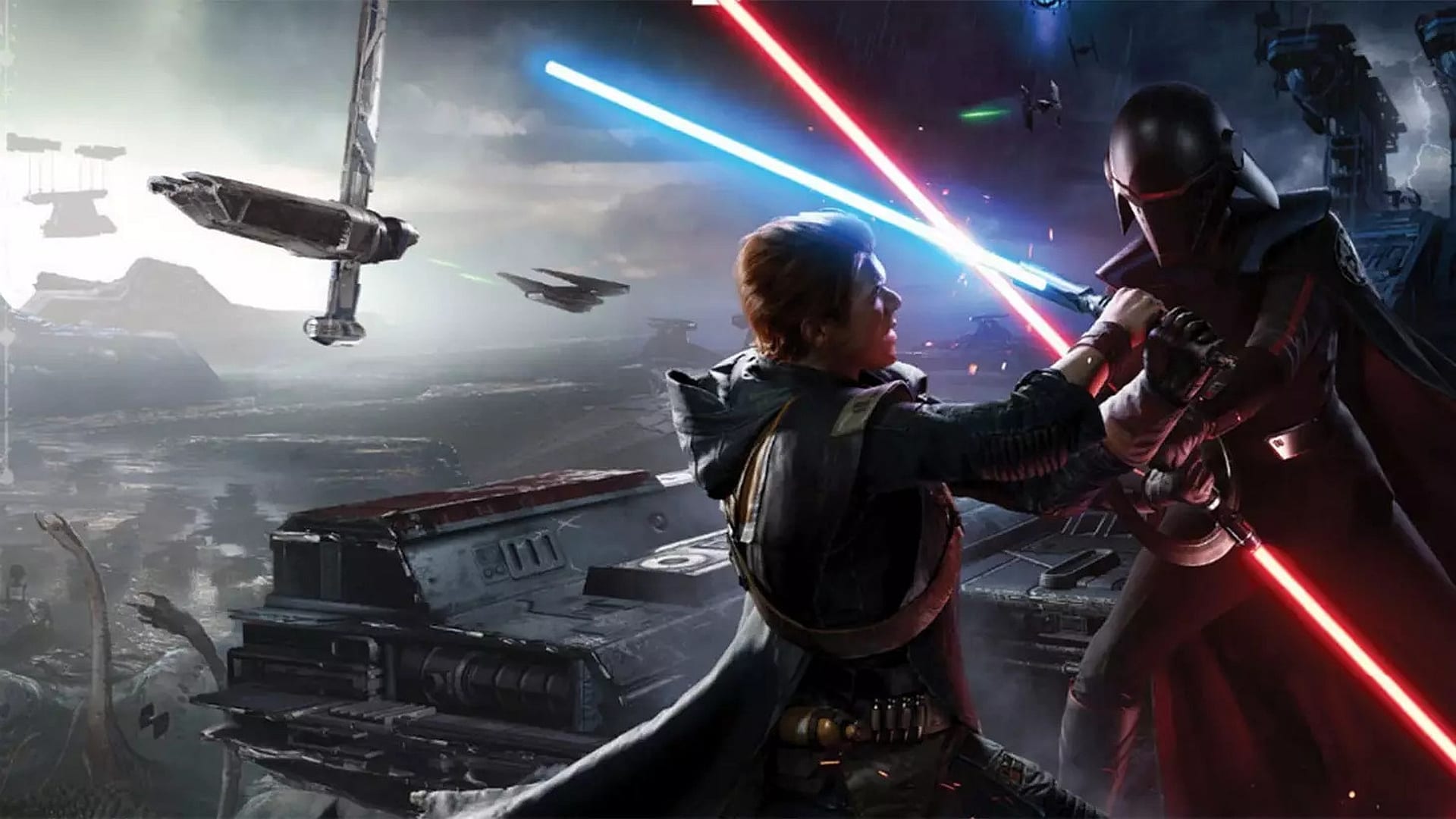 When it comes to Star Wars Jedi: Fallen Order, players are likely to hit a moment where they’re overcome with a sense of deja vu and nostalgia.

It may come when the protagonist Cal is forced to confront his demons, digging into his past to find the strength he needs to overcome challenges in his present.

Or, it may come while observing the game’s motley crew bantering and bonding, sharing blink-and-you’ll-miss-it moments of character growth and interaction aboard their ship, The Mantis.

It may even come as they’re wandering about one of the game’s different planets, taking in the sights and sounds of an alien world brought to life.

Whenever it occurs, it’s almost certain to elicit the feeling that they have, without a doubt, stepped into the Star Wars mythos; that they’re stepping into an entire universe of wonder and adventure made real.

This is no easy claim to make either. Aside from a few ideas implemented in earlier games – namely that time in the ’80s where Darth Vader was replaced with a scorpion doppleganger for a boss fight – Star Wars games have always prided themselves on being as authentic as possible.

Lightsabers whiz and whir with their trademark sound and light effects. Starships and troopers are modeled to the most minute detail, and the games’ stories – even those that are touted as completely original – seem carefully designed to fit into the Star Wars mythos as perfectly as possible.

And yet, Fallen Order does all this and more. Its Lightsabers are as well realized as they’ve ever been, with Lightsaber battles in particular feeling as honed and precise as ever.

Streaks of melted metal, dirt and other materials are left in the wake of their swings, and clashes between them result in brilliant bursts of sparks.

The character and world design, meanwhile, are spot-on. Everything, from the patterns on Stormtroopers’ armor to the mechanical designs of starships and AT-ATs, are modeled with as much detail as possible, further lending to the immersion.

And then, there’s the story. While it may be an original creation from start to finish, Cal’s journey to save the remaining Jedi and force sensitives from annihilation lands with just as much weight and excitement as any protagonist from past Star Wars games.

Each new development of his character, and each new revelation about the comrades he gains along the way, stick with the player with as much or more impact as they did with characters in past games.

As a result, players wouldn’t be blamed for caring about Cal the same way they do Rey or Luke, or for wanting to see his journey through into more installments.

Even the game’s flaws manage to retain some of the schlocky appeal of the earlier films. Frustrating as the floaty controls may be at times, they manage to lend a certain low-budget appeal to jumping and traversal, nailing the “good for their time” stunts and special effects of bygone decades.

Now, to be sure, a lot of this is thanks to Fallen Order being a Star Wars game released on the most recent hardware. The stronger tech affords it more opportunities to excel where past games have been held back, and to provide an experience fans could only dream of even five or six years ago.

Likewise, the past successes and failures of Star Wars game stories, as well as the stories of the most recent films, no doubt laid a roadmap for Fallen Order.

It’s easy to see where developer Respawn Entertainment learned how best to tell Cal’s story to fans through missteps by titles like The Force Unleashed, and how they took strengths and characters from films like Rogue One to better flesh out Fallen Order’s place within the franchise’s mythos.

Even with all of this taken into account though, it’s hard not to stand in awe of Fallen Order’s accomplishment. It’s the culmination of years worth of effort in making a Star Wars experience for another medium, and provides an experience fans new and old won’t want to miss out on.

It is, without a doubt, the kind of game that players won’t be able to look at without thinking to themselves “Yeah, this what a Star Wars game is supposed to be like.”