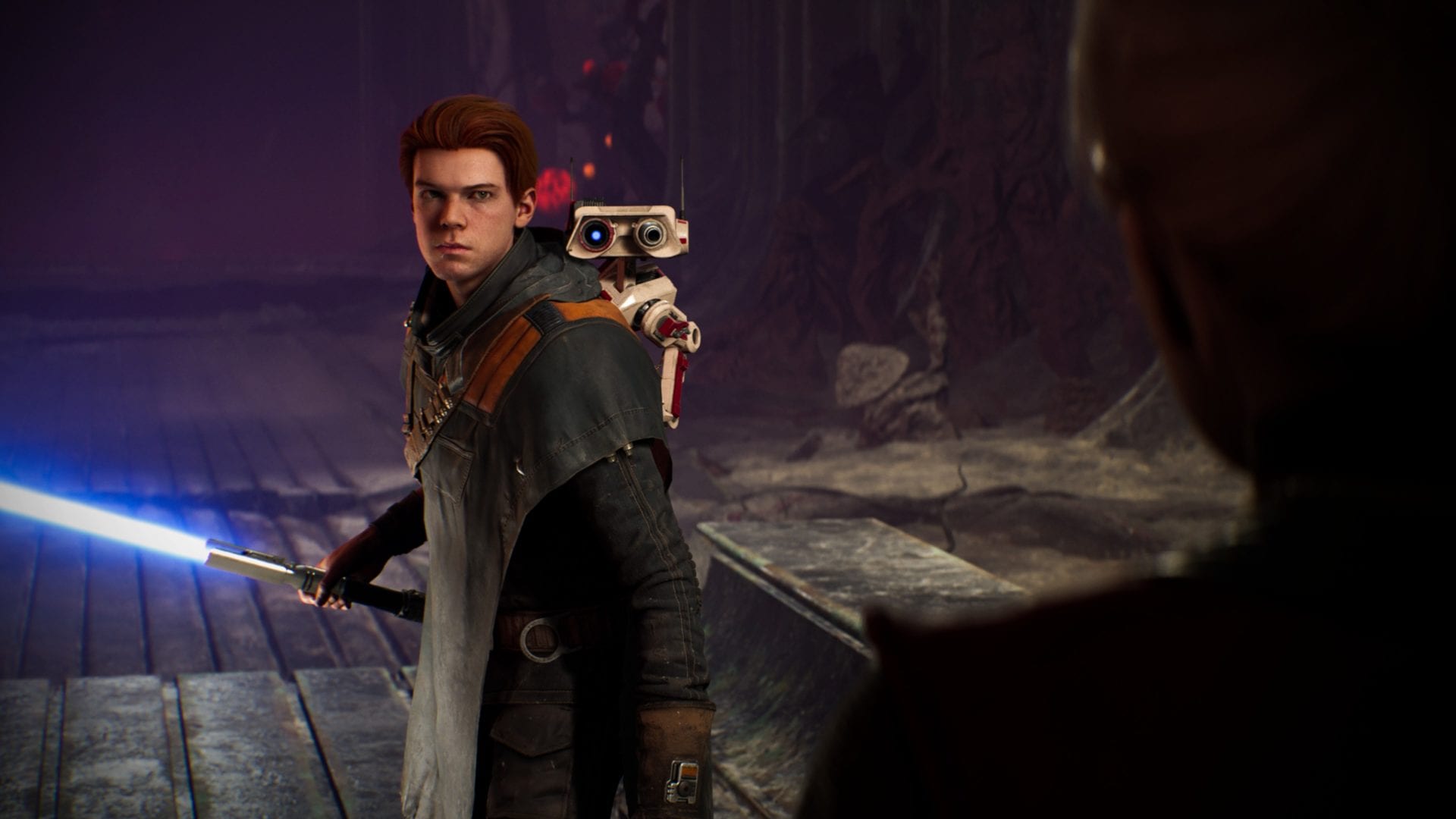 The lightsaber is one of the most iconic weapons in entertainment history, with that iconic hum and hiss. Lightsaber duels are a legendary part of Star Wars, and yet, they’re something that Star Wars video games have simply had trouble recreating. After playing hours of Jedi Fallen Order, I’m hopeful it might be the game to change that.

If you want to see more on the game as a whole you can read our full preview, but for the purposes of this let’s focus in specifically on combat.

Jedi Fallen Order takes some serious inspiration from games like Dark Souls or Sekiro, but adds an interesting Star Wars spin on things.

By pressing LB (on Xbox) you can block attacks, or parry them if you hit it exactly at the right time. Meanwhile, you have dodge on B, light attacks on X, and heavy attacks on Y.

There’s a serious intensity to combat in Fallen Order, with enemies relentlessly attacking you. As you progress you’ll unlock new force attacks and powers, like force push, which can then be worked into your combat options.

These force powers are dictated by a force meter, which can only be recharged by attacking and damaging enemies, encouraging you to be aggressive.

Basic enemies are super simply to take care of, going down with one to three lightsaber strikes, of course, giving off that satisfying hiss as you gouge a dent into a Stormtrooper’s armor.

The real trick is when you have multiple enemies, all of different types attacking you at once. But what about those lightsaber duels? Well that really came into play with the boss battle that EA gave us a look at, the Ninth Sister.

This hulking inquisitor sports a deadly lightsaber, and the battle felt as visceral as anything you might find in a Star Wars movie.

The Sister was absolutely relentless with her attacks, something that was only made worse by EA having us play on Grandmaster difficulty.

At pretty much all moments you had to be blocking or dodging, learning the bosses attack patterns as best you can. Some attacks require you to dodge, some require you to jump above shockwaves, while some can be parried to open up attacks.

There was a rhythmic sense to the battle, something similar to what you find in a game like Sekiro.

Although I played the game for roughly four hours, this battle was where I saw how important parrying could be.

Each blow the Sister landed on me felt impactful, and if I wasn’t able to block it I’d lose over half of my health in one go.

A Dark Souls kind of combat system seems like a brilliant fit for Star Wars, forcing you to figure out where to attack, where to back off, how to fit in special moves like a lightsaber throw.

It’s methodical to a degree, but then, a real lightsaber duel would be. Games like The Force Unleashed let you simply wreak havoc with your lightsaber.

Fallen Order gives you that same power fantasy, but props it up against tougher battles that reinforce the fact you’re nothing more than a padawan.

Unfortunately, I wasn’t able to beat the Ninth Sister in the time I was given, but it was an intense battle while it lasted. Obviously, this is only one boss battle out of the entire game, so it’s impossible to make any firm judgment on the quality of the game’s boss battles.

Still, what I can say is that this one battle felt more like an actual lightsaber duel than almost anything I’ve played in Star Wars games before, and boy have I played a lot of Star Wars games over the years.

If Respawn is able to apply that same quality and intensity across the game, it could be a real treat for hungry Star Wars fans.