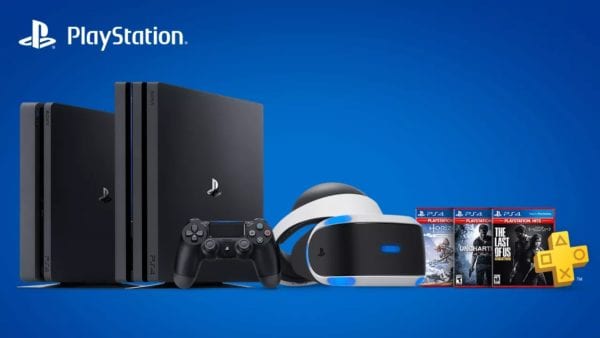 Capitalism and the calendar are inching forward to the inevitable collision on Nov. 29, Black Friday. Although, Sony is saving you a little time and these deals involving the PlayStation 4 and PSVR will last from Nov. 24 to Dec. 2.

Following almost every other retailer and video game corporation, Sony has unveiled its own specific deals for the day (or hours) after you’re chock-full of turkey.

Just in time for Black Friday is a new PS4 bundle and a lowered price on the PS4 Pro.

Similar to the PS4, the PSVR has a brand new bundle to bring a smile to your face and a tear to your wallet for the holiday.

There are some other deals worth mentioning to such as the PS Gold Headset for $69.99, DualShock 4 controllers for $39.99, 25% off PS Plus subscriptions, several PS4 exclusives for only $19.99, and last but not least, all PlayStation Hits titles are marked down to $9.99

Here are the PS4 games on sale down below:

If you’re interested in other Black Friday deals you can also check Twinfinite’s other coverage if there are other consoles you are seeking deals for this Black Friday: