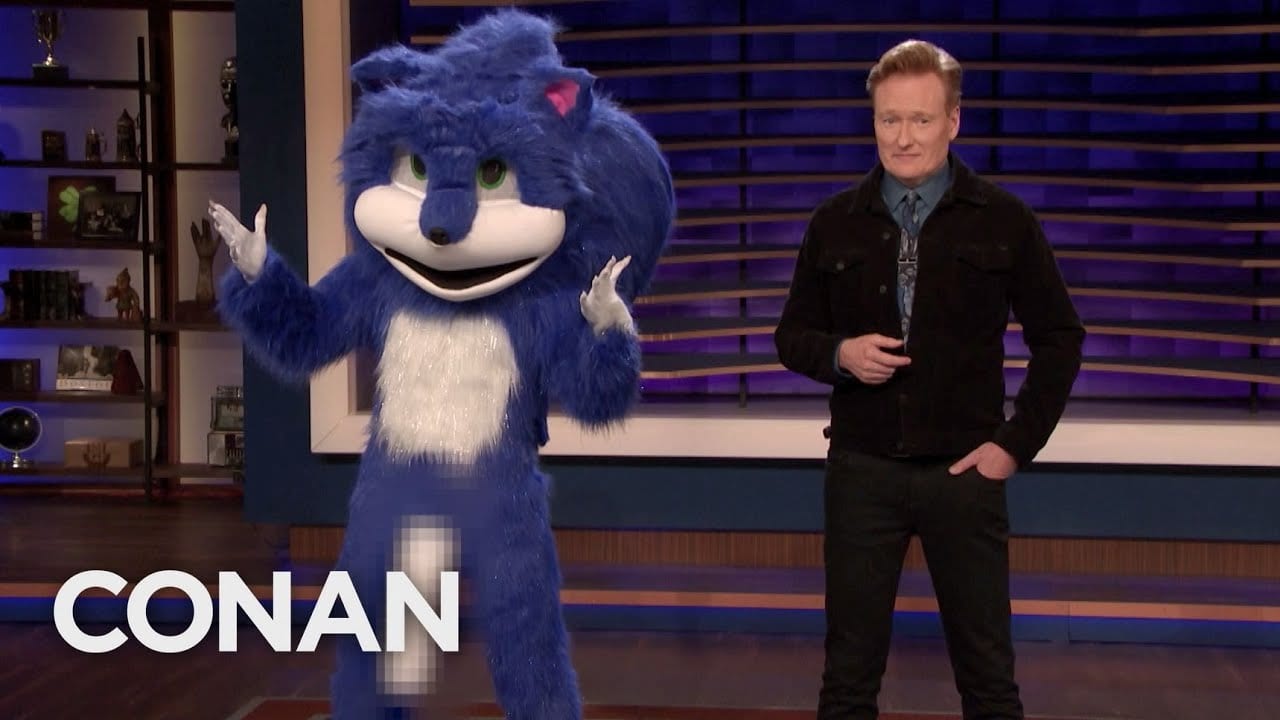 The official Sonic the Hedgehog movie has just received a new trailer, which also shows off the blue blur’s fantastic redesign. The mascot now looks a lot less like a creepy hedgehog alien, and more like the cartoonish speed demon we all know and love.

If you’ve been angling for more Sonic content, though, you’ll be glad to know that Sonic the Hedgehog has paid a visit to talk show host Conan O’Brien himself to ‘discuss’ and poke fun at the initial fan backlash towards the character’s original movie design. You can check out the video down below:

The video’s not meant to be taken seriously, of course, and was filmed to be a satirical, tongue-in-cheek poke at the way fans had pushed back against Sonic’s original design in the movie. This caused the movie itself to be delayed, as the character’s design was rolled back and tweaked to make him look closer to the original video game character.

The Sonic the Hedgehog movie is set to air next year with Jim Carrey. Conan O’Brien himself has gotten involved with the video game industry in other aspects as of late as well, including his visit to Kojima Productions, where it was revealed that he would make a short cameo experience in Death Stranding.