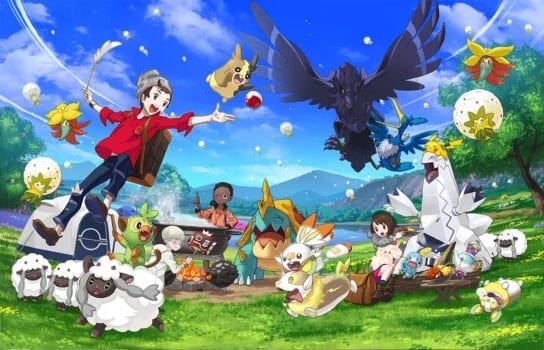 Warning, this guide could be considered a spoiler. If you haven’t beaten the game, read onward at your own discretion, In Pokemon one of the main facets is the existence of legendary Pokemon, the Pokemon that you will maybe get one single chance at, or potentially more than that, depending on the game and luck. As for this particular legendary, here is how to catch Eternatus in Pokemon Sword & Shield.

How to Catch Eternatus in Pokemon Sword & Shield

First of all, this won’t be possible without having beaten every gym, so while you are working on that you are definitely on the right track.

This is where the slight spoilers begin:

After beating all of the gyms and advancing past the finals the last fight will be interrupted and after a few cutscenes you will have to ride up in an elevator. Once you arrive there will be one battle waiting for you, nothing too difficult if the finals didn’t cause you much difficulty.

After this fight you will be lead towards an elevator opposite the side you first arrived from.

This elevator, after a cutscene, will lead you directly into the first part of the Eternatus fight. Don’t bother trying to toss Pokeballs to catch Eternatus, it can’t be caught. Focus only on taking it down.

After this fight you will be pulled into a Dynamax battle with Eternatus but you can’t Dynamax. It is at the conclusion of this fight that, like the wild area Dynamax raids, you will have the option to catch Eternatus.

The option to not catch isn’t available this time, so seeing as you are forced to catch Eternatus, there isn’t a chance for failure, and it doesn’t matter what type of Pokeball is thrown.

For a quick step by step guide on how to catch Eternatus:

This is all needs to be known for how to catch Eternatus in Pokemon Sword & Shield.

While you’re working towards Eternatus, why don’t you check out Twinfinite’s guide wiki and take a peek at these other evolution related guides.