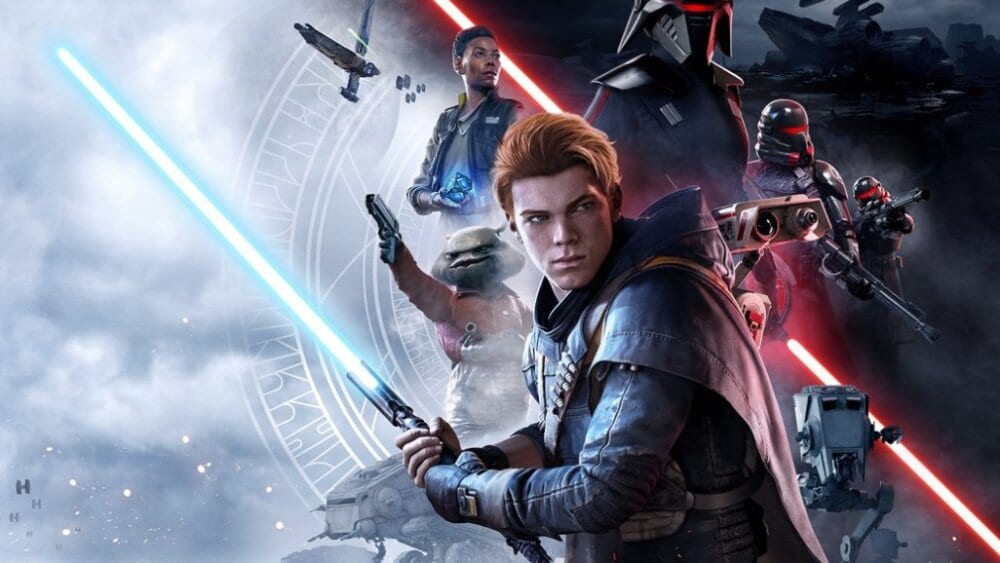 Jedi Fallen Order can be a demanding game, as it throws lots of groups of enemies and tough bosses at you. Because of this, it’s absolutely essential that you learn how to properly parry early on.

Parrying can be done by pressing the block button (LB, L1) just before an enemy’s attack or blaster shot lands on you. It’s not hard in concept, but you’ll need to work a bit in order to get the proper timing down.

As you’re swarmed by Stormtroopers you’ll want to parry an attack, or knock a blaster shot back to take our ranged troopers. Practice parrying early on and make sure you use it throughout the entire game.

Change Difficulty If You Need To

Piggybacking off of the last tip, like we said, Jedi Fallen Order can be a demanding experience, especially in some of the boss battles.

Luckily, the game includes four different difficulty options, and you can switch between them at any time. The difficulties are Story, Jedi Knight, Jedi Master, and Jedi Grandmaster, going from easiest to hardest.

You won’t be missing out on anything by changing difficulty, and these options change much more than just the amount of damage enemies dish out.

The different difficulty options will change how aggressive enemy AI is, as well as the timing window that you have for parries. This means that your combat experience can totally change based on which difficulty you’re playing on.

Explore Side Routes Before Heading to Main Objective

Jedi Fallen Order may tell a linear story, but there’s still plenty of exploration to do within each of the worlds you visit.

There’s always a main objective, but oftentimes a few different ways of getting there. As you poke around the different planets, it’s absolutely worth checking out side routes, hidden alcoves, and anything else you might find.

The game liberally sprinkles rewards for players that are willing to explore a bit including new outfits, new lightsaber options, Force Echoes to increase your Force, and more.

Jedi Fallen Order is a game that heavily encourages exploration, so take advantage of it.

With such a focus on exploration, you won’t want to go through planets one time and then be done, but return to them again later on, with new abilities.

Cal will unlock new Force abilities throughout the game, which will let you open up new pathways you couldn’t before, Metroidvania style.

For example, after you unlock the Force Push ability you might be able to return to a planet and blow out a wall that you couldn’t before, or solve a puzzle.

This open up even more collectibles, upgrades, and more.

There are a ton of upgrades that you can purchase using skill points in Jedi Fallen Order but, of course, you’ll need to get those points first.

While you get skill points from killing enemies, another way is by scanning literally everything you can find. Scan items and points of interesting in the world, scan dead enemies, scan whatever you can as it’ll reward you with a good amount of skill points.

In turn, this lets you buy more skills which then enhance Cal’s combat abilities, health, and more.

On top of all this, scanning points of interesting will usually provide you with bits of story or world context, fleshing out the game even more.

Cal will gain access to more than just his single lightsaber as you advance through the game, and you’ll eventually get three different options that you can use.

The first of these is the dual-bladed lightsaber staff, which you’ll unlock roughly 1/4 of the way through the game. This is best used for crowd control as it has long sweeping attacks that can hit wide areas.

Put this against the single lightsaber which is great for one-on-one duels that need quick attacks and parries.

Very near the end you’ll also unlock the ability to dual wield lightsabers, although it’s more of a Force ability. Still, this skill can be used to strike a combination of crowd control and focused attacks, letting you unleash a lot of attacks in a very short amount of time.

Look Out For Workbenches to Get Lightsaber/BD-1 Upgrades

Apart from all the skills you can get, there are a number of upgrades you can apply to both Cal’s lightsaber and your cute little pal BD-1.

As you’re exploring or following the story keep an eye out for workbenches, as they’ll let you apply these useful upgrades.

This includes the aforementioned dual lightsaber and dual-wielding. In the case of BD-1, this includes things like being able to splice locked doors, travel up ziplines instead of down them, and hack other droids.

Like most everything else, it’s worth keeping your eye out for these upgrades, as they can definitely help you along.

For even more tips and info, make sure to check out our Jedi Fallen Order guide wiki.