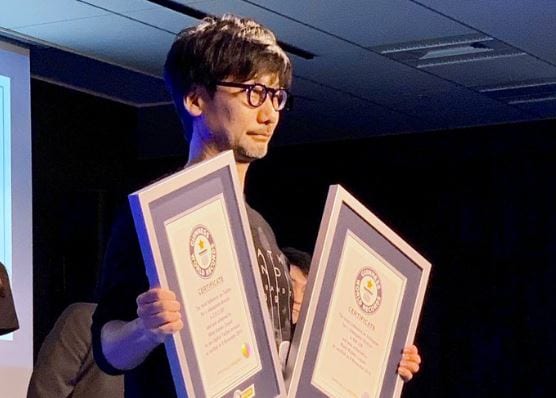 On the heels of the wild release of Death Stranding, Hideo Kojima has been awarded two Guinness World Records certificates for Most Followed Game Director on Twitter and Instagram.

As the line on his Twitter and Instagram bios — “70% of my body is made of movies” — Kojima-san delights his fans with posters of his favorite movies and TV shows, from Godzilla to Star Wars (recent films included) as well as behind-the-scenes photos of upcoming games, especially Death Stranding.

Seeing Kojima-san earn not one but two World Records for achieving a feat no other video game developer before him has on a platform where, as he said in a recent interview with BBC, people are attacking each other because of how connected we are is ironic.

Kojima-san is an auteur who entered the video game industry in the when it was not as respected or financially stable as it is today simply because it was in its infancy. But it was in the gaming business that he bonded with people just like him who felt that video games gave them another chance at life.

Perhaps the production of Death Stranding aims to connect like-minded people from all walks of life in the same way that the industry as a whole has allowed him to.

Kojima-san greatly deserves the recognition from Guinness World Records for his ability to bring people together through his work.

Death Stranding is available now only on PlayStation 4.