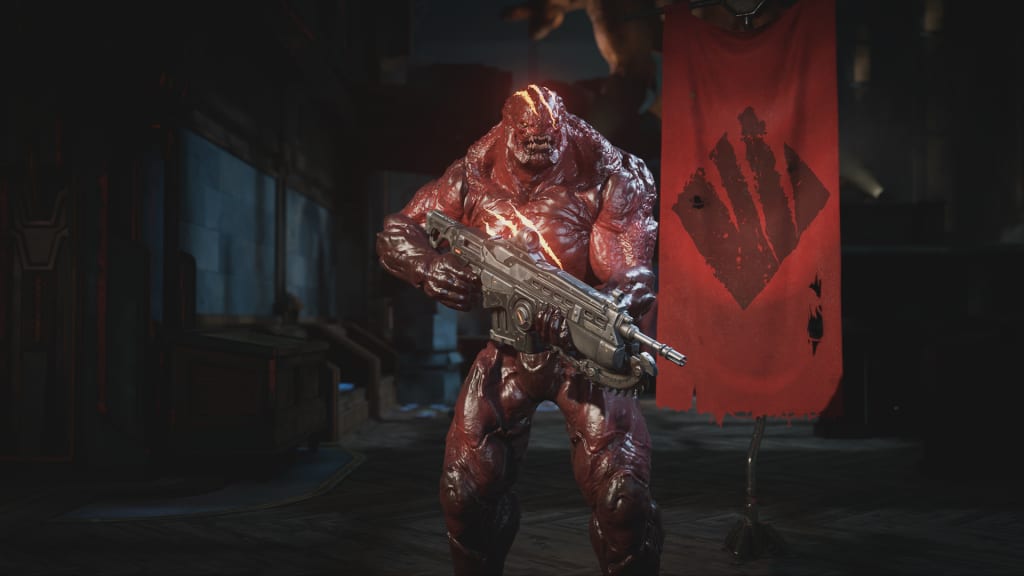 The second title update for Microsoft and The Coalition’s Gears 5 is out now for PC and Xbox One, bringing an anniversary event celebrating the franchise and a list of bug fixes.

The original Gears of War title released this week 13 years ago back in 2006, and developer The Coalition is celebrating it with a returning mode and other rewards.

The Golden Gun Versus mode introduced in Gears of War 4 returns with over-sized Marcus and RAAM heads. Every player receives a six-round Boltok that instantly kills anyone it hits and immediately gives the bullet back with no reload on successful hit, but can only be hip-fired.

Gears 5 players will also receive three days of Boost and event-exclusive COG Tag Bloodspray by logging in on Friday, Nov. 8, and will kick off Double Tour Stars beginning that day until Monday, Nov. 11.

The Title Update 2 also brings fixes an issue with the Ranked system, where there was “a discrepancy between a player’s Skill Points rating and their actual Skill Rating” causing “dramatic point swings.”

While all players’ ranks will be reset mid-season for the fix, players will receive the Blood Moon Imago skin for free by logging in after the update but before the end of Operation 1.

The update also fixes issues such as flashbangs affecting players through cover, re-enabling dropping weapons, and more found in the full patch notes.