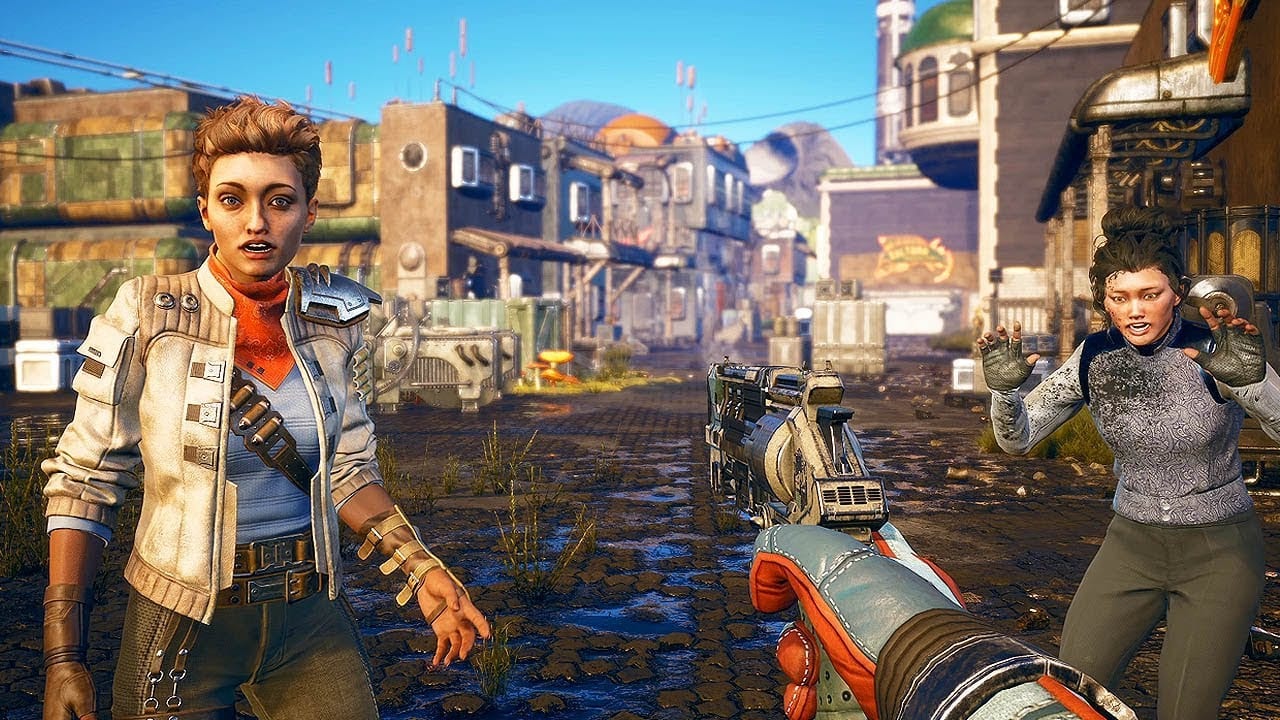 I played a good bit of The Outer Worlds on its Normal difficulty setting, got distracted, then set the game aside for a bit. This weekend, I went back to the game and decided to get a little crazy with it; I restarted the game on its highest difficulty setting: Supernova.

I most definitely do not recommend playing this game on Supernova difficulty for your first playthrough, but for the sake of potentially writing an interesting article about Obsidian’s latest RPG, I thought, why not?

Let’s lay down the groundwork first. What exactly is Supernova difficulty? For starters, enemies have more health and deal more damage, but there are also a ton of other special conditions to keep in mind. They are as follows:

Just reading that gives me chills. Needless to say, Supernova difficulty is pretty ‘hardcore’ and not meant at all for the more casual player, or really anyone who’s experiencing the game for the first time.

As I replayed the beginning hours of the game, I felt the effects of Supernova difficulty very keenly. By far the most important change with this setting is the need for food, water, and sleep.

As you play through The Outer Worlds and journey across Halcyon, your character will grow tired and eventually start suffering from sleep deprivation. With sleep deprivation, your stats will decrease and you just become less effective in virtually every aspect of the game.

Your sneaking becomes less viable, you deal less damage in combat, and of course, enemies will deal more damage to you. Even outside of combat, your dialogue skills go down along with your intelligence stat, and you’ll notice it as you start getting Dumb dialogue options in your conversations with NPCs.

This means that there isn’t really a way for you to rest up until you go through that first quest with Edgewater and the deserters, which is particularly grueling on this difficulty setting with all the different human and mechanical enemies you’re facing.

This isn’t even the most damaging or punishing part of Supernova difficulty, though. While playing through that first mission, I recruited Parvati as my first companion and… she met her prompt and painful end in my very first combat encounter outside of Edgewater.

As I left the town, I ran headfirst into some tough Marauders and when it became clear that they were too much for me to handle, I tried to flee. It was too little, too late, though. Parvati –bless her heart– was dead within seconds. I would never get to complete her meet-cute companion quest with Junlei Tennyson and get completely wasted with her and Felix at the bar.

Now, I very well could’ve prevented her death if I played around with the companion AI settings and made her a little less aggressive, but that thought hadn’t occurred to me at the time. I didn’t particularly feel like reloading a save either, so I just decided to live with her death weighing on my conscience.

I started to fare a little better when I reached the Groundbreaker, with Vicar Max, Felix, and Ellie in tow. Overall, though, it just doesn’t seem like companions stand much of a chance while on Supernova difficulty. Even when equipped with better armor, companions still feel incredibly squishy when fighting enemies at your level, and it just seems to risky to have them with you at all times.

I’m not sure if I’m gonna stick with Supernova the whole way through, but it’s definitely made for quite an interesting experience so far. Sleep deprivation forces you to plan your journey around the Unreliable, while also making sure that you’re constantly checking your gear and installing the best mods or exploiting enemy weaknesses to your advantage.

I’ll probably stick with it for a few more hours before eventually dropping it back down to Normal like a plebeian.