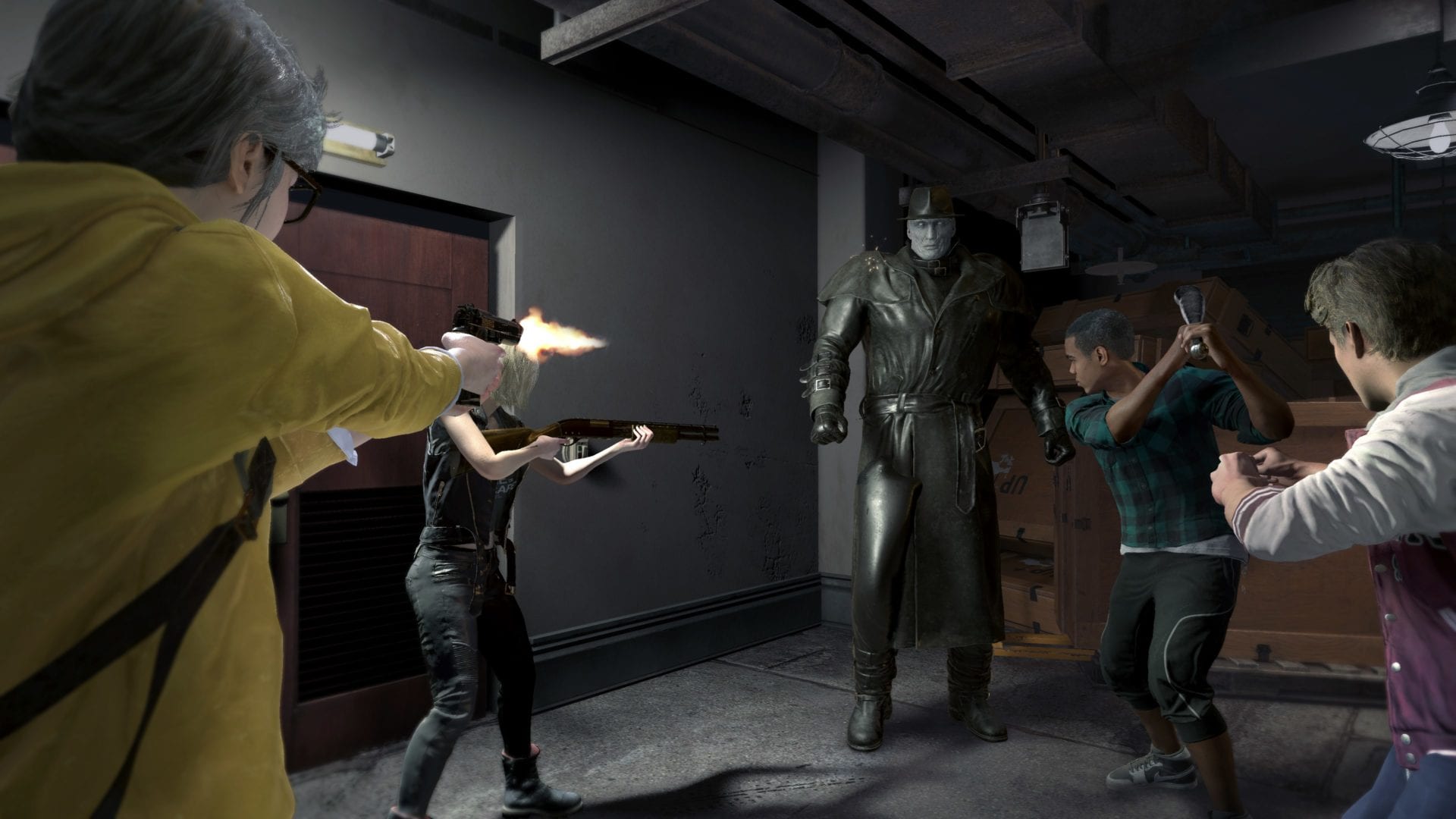 Less than a month ago, Capcom officially announced the latest game in the Resident Evil franchise, Project Resistance.

While the company has posted several gameplay videos since then, none accurately demonstrates how the game feels.

Thankfully, Capcom invited me to participate in the Project Resistance demo at NYCC, so I get to share my opinions on the title. However, I didn’t leave the demo as impressed as I hoped.

For those of you who somehow avoided the news, Project Resistance is an asymmetrical multiplayer game that pits four playable survivors against one evil (and also playable) Mastermind.

The survivors have to break out of what is best described as a giant escape room built by the Umbrella Corporation, and it’s the Mastermind’s job to make sure that doesn’t happen.

When I first saw the game, I thought, “This is very similar to Dead by Daylight.” I was only half right.

The four survivors in this game, much like Dead by Daylight’s survivors, came in a variety of demographic flavors and featured special abilities such as healing allies and the power to quickly bash down doors.

They controlled like protagonists in similar video games with an over-the-shoulder camera, but in a welcome respite from the usual asymmetrical horror multiplayer formula, they were far from helpless and could fight back. And they needed to since the Mastermind didn’t play fair.

Unlike Dead by Daylight’s killers, the Mastermind took a hands-off approach to torturing the survivors. He’s in the business of seeing how long people can last in the Umbrella testing facility, not outright killing them.

The Mastermind was all about summoning traps from the aether, teleporting in classic RE monsters like the Cerberus and Licker, and generally messing with the survivors by locking doors and turning off lights.

As a semblance of balance, the Mastermind couldn’t flood the halls with zombies and landmines and instead relied on a small hand of cards to thwart the survivors.

If the Mastermind spammed all the cards, he was unable to act for a while, but if he lucked out and used the right cards, the survivors’ chances of escape became less than zero.

I know I said the Mastermind was hands-off, but on occasion, he could directly control a zombie and mutate it into a fast, frenzied beast that gave me flashbacks of the Crimson Head from the Resident Evil remake.

However, when the Mastermind truly wanted to make things FUBAR, he temporarily summoned and controlled Mr. X. Once this intimidating bio-weapon appeared, all I could do was run away.

While I only played as a survivor and didn’t get any hands-on time with the Mastermind, I can say with certainly that Project Resistance favors the Mastermind over the survivors, almost unfairly so.

The demo was split into three separate areas, and the survivors were given five minutes, give or take a few seconds, to clear each.

The first level consisted of a scavenger hunt reminiscent of key hunts from classic Resident Evil games. We had to search for keys in the shape of continents and place them on a board to unlock a door that led to the next level.

My team and I became zombie chow before finding North America and Africa.

However, the first attempt was only a warmup exercise, and we were given a second shot. For our next playthrough, we had to find missing parts for the Raccoon City mascot statue to open the door. While the objective was slightly tweaked, the level layout was the same, and we actually managed to proceed to the second area.

Project Resistance ramped up the difficulty in the second location, though, as we needed to find and kill three unique zombies for their keycards. These zombies could only be damaged via headshots, which wasn’t fun.

We only retrieved the first keycard before the Mastermind summoned Mr. X at a choke point and killed everyone, marking the end of our demo experience.

A shame, since I really wanted to see the third and final area, or at the very least channel my inner Albert Wesker and play as the Mastermind.

My biggest gripe with Project Resistance is that the five-minute time limit is far too restrictive for survivors. Since we had to scour the entire level for keys, those five minutes went by too quickly, especially since we had to waste time at the beginning of each level buying items at a shop.

Well, technically we didn’t have to, but we wouldn’t have lasted as long as we did without them.

To make matters worse, whenever we set off traps or were seriously hurt by enemies, time was subtracted from our five minute limit.

Hypothetically, if the Mastermind receives a lucky hand of cards, the time penalty could snowball out of control, and survivors can only make up for lost time by completing objectives, which adds a few seconds to the timer. As I said, Project Resistance is unfairly stacked against the survivors.

Throughout my demo experience, I felt as though I was playing a version of Resident Evil specifically designed for speedrunners. Some players love to speedrun, but they’re in the minority.

Moreover, we couldn’t share or trade items. Granted, doing so would probably have wasted valuable time and be clunky as heck, but if a player nabbed a green herb, they couldn’t gift it to another player whose neck had turned into a zombie snack.

This oversight basically punishes players for not literally seeing the future.

The Project Resistance demo had a huge learning curve. My team spent the first few minutes running around like headless chickens covered in zombie-attracting BBQ sauce. Even when we got the hang of the game, we still had no idea what we were doing.

Either we completely missed the game’s meta, or Project Resistance needs some tweaks to give the survivors more than a snowball’s chance in hell.

I somewhat enjoyed the demo, but I don’t see myself playing the game for long if it releases in its current state. The formula is there; Capcom just needs to refine it.

Project Resistance currently doesn’t have a scheduled release date, but we will keep you updated when it is announced.