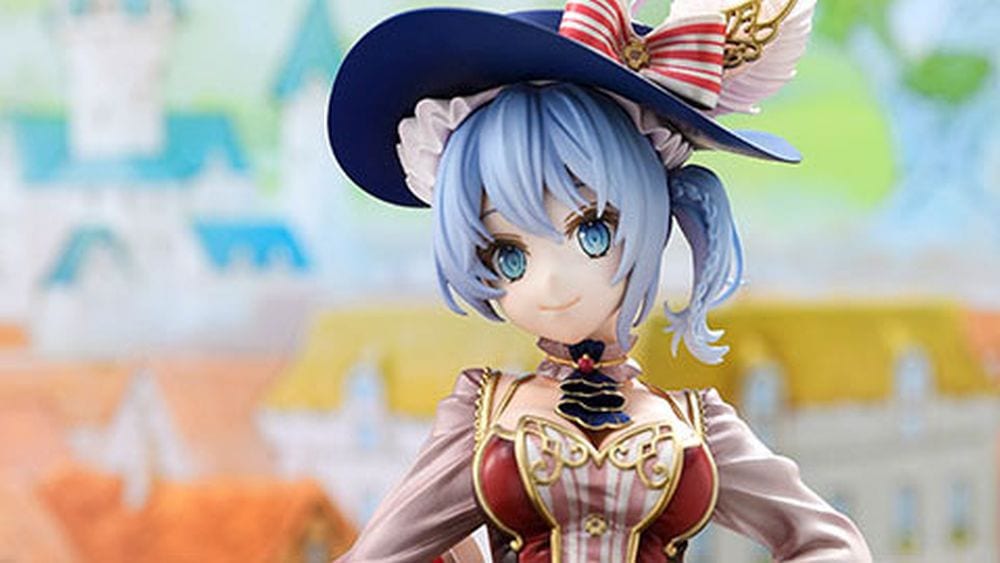 While most of the attention nowadays is on Atelier Ryza, the recent and lovely spinoff Nelke & the Legendary Alchemists: Ateliers of the New World is also getting some love from Japanese figure manufacturers.

Protagonist Nelke von Lestamm herself is being portrayed in an adorable figure by Amakuni, which has been made available for pre-orders in Japan. AmiAmi has it up for 16,800 yen, which translates into approximately $155,

She will release in July 2020, so there’s a metric ton of lead time for this one.

The scale is 1/7, which means that she’s fairly big, standing at approximately 25 cm tall including the removable hat.

The sculpt is done by Mishima, and she’s really, really cute.

You can check out what she looks like from all angles in the gellery below.

If you’re unfamiliar with Nelke & the Legendary Alchemists: Ateliers of the New World, it’s a crossover all-stars spinoff gathering pretty much all the relevant Atelier protagonists and many secondary characters to the point of absolute obscurity.

It mixes JRPG elements with city building, and it’s definitely a rather unique entry in the Atelier series.

If you want to learn more, you can read my review from a few months ago.