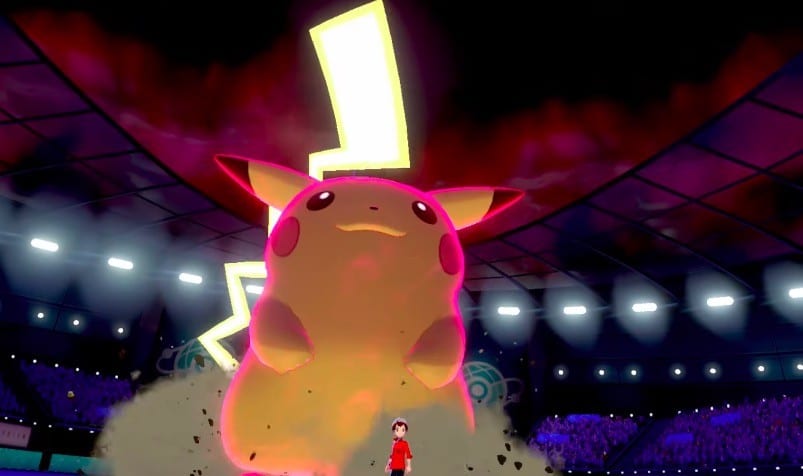 The first new form showed in the new trailer is a chubby version of Pikachu that knows a new move called G-Max Volt Crash. It paralyzes all opponents on the field and you can only receive the Pikachu by using play records from Pokemon: Let’s Go Pikachu.

The second new Pokemon form showed is Gigantamax Eevee, which knows a new moved called G-Max Cuddle. This move infatuates any other Pokemon on the field that are of the opposite sex.

Again, this form of Eevee can only be obtained if you have a save file on your Switch from Pokemon: Let’s Go Eevee.

Another Pokemon shown was Gigantamax Charizard, which knows the move, G-Max Wildfire, which causes all non-fire types to take continuous damage for a total of four turns.

We also see a Gigantamax form of Butterfree and it knows the move, G-Max Befuddle, and it causes poison, paralysis or sleep.

If you purchase Pokemon Sword and Shield early, you can obtain a special Meowth until Jan. 15, 2020, and it knows the move G-Max Gold Rush, which confuses all targets and earns you in-game cash.

You can watch the trailer in its entirety down below:

Pokemon Sword and Shield will be released on the Nintendo Switch on Nov. 15,