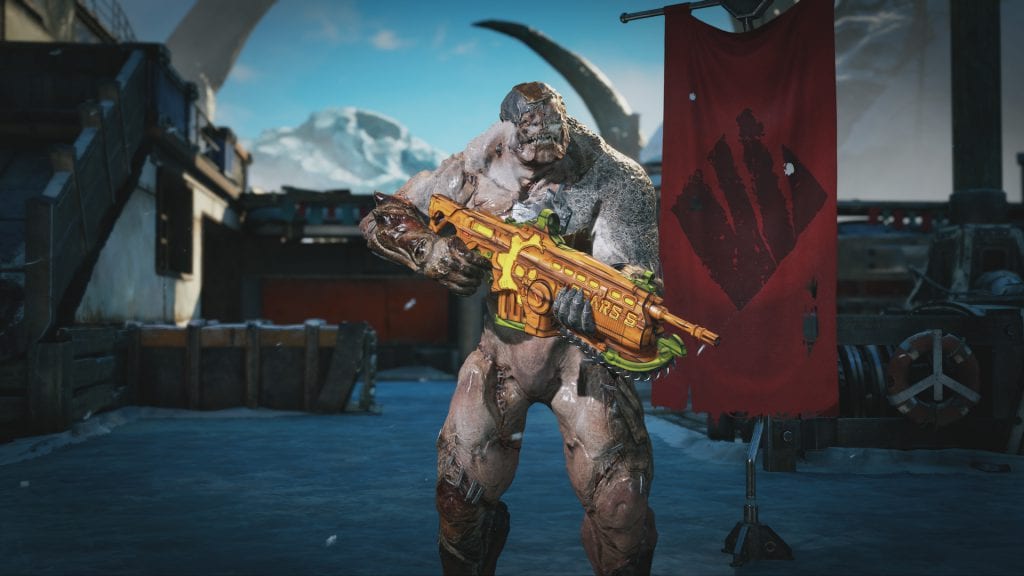 Gears 5 developer The Coalition detailed a few of the events already in the game or coming to it to celebrate Halloween, alongside balancing one of the game’s weapons for multiplayer.

The first Halloween event for Gears 5 is Pumpkin Ball, a versus mode that first appeared in the previous installment Gears of War 4.

Pumpkin Ball is a slightly different version of the Dodgeball mode, where players can come back after being eliminated after an enemy has been eliminated.

The difference is that players can not go down-but-not-out and will self-revive, requiring a more close-up method. Players also sport giant pumpkin heads due to the holiday.

The Marzka rifle received a few changes with the weekly reset to reduce its body damage and increase recoil. The full changes as follows:

The weapon will still require three shots to a player’s head to kill, but requires more skill to land multiple shots.

The studio also added the Foundation map to matchmaking, more cosmetics to the Supply Drop, and a new Escape Hive called The Labyrinth.