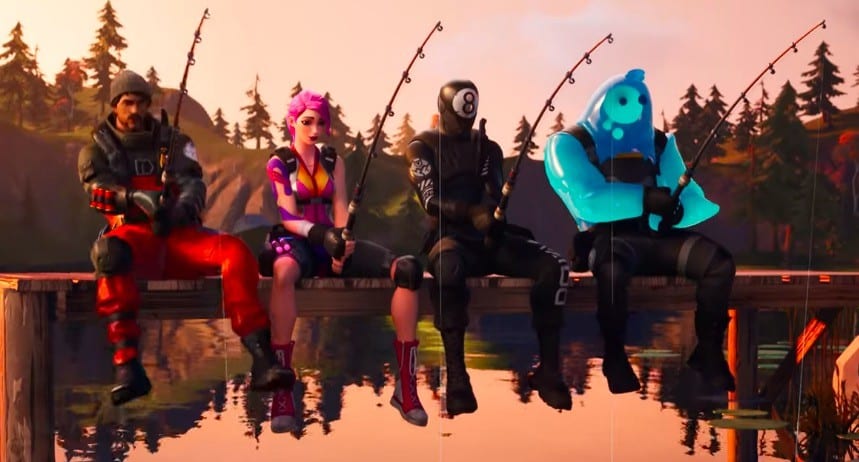 Just a couple of days ago, Epic Games seemingly shut down Fortnite and ended Chapter 1 with a massive black hole that sucked up everything in sight. The internet went crazy but no worries, the game is back online as we speak but with a bunch of new changes and a new map to start the much-anticipated Fortnite Chapter 2.

If you’re looking for a list of all of the new things and mechanics that have been added to the game with this update, look no further! Here’s everything you need to know about Fortnite Chapter 2.

After 10 long seasons of Fornite (and a black hole), we finally have a brand-new map to explore that has 13 new locations to check out. When you first drop into the island, the map will, of course, be grayed out but once you begin to explore, you’ll begin to unlock more and more of the locations.

This is surely the biggest update with Fortnite Chapter 2 since all we usually see is changes to the original map.

This is an enticing change that might even bring back players who fell out of the shooter and make the game even more exciting for seasoned veterans, giving everyone a fresh start.

If you’re a fan of lakes and beaches, or just water in general, then you will be happy to know that this new map in Fortnite Chapter 2 has way more water this time around, with some new gameplay mechanics that make use of it.

You can swim now, dive a little bit, and there are even motorboats to play around with. You can even go fishing if you would like to! There’s essentially a huge lake in the middle of the map with a river system, so water is all around you now.

Something new to Fortnite with this update is the ability to hide in haystacks and dumpsters to get the jump on your enemies. Fortnite has never really been about stealth, but now you have the option.

There are also new explosive items scattered about the map, such as gas tanks and barrels that you can blow up and, hopefully, incinerate the competition with.

Epic Games is going back to basics when it comes to weapon loadouts in Fortnite Battle Royale. Your arsenal of weapons in the game will be much more streamlined this time around, letting you upgrade weapons by using resources at the Upgrade Bench.

You can make the perfect loadout for yourself instead of having to rely on random weapon types, which is great for players who play a lot of Fortnite but find themselves finding useless weapons.

There are also new weapon wraps so you can deck out your weapons with style.

With this new season and Fortnite Chapter 2 comes a brand-new reworked battle pass that promises “more fun and less grind” for all players. There’s an all-new XP system in play and now you can earn medals (similar to a punchcard) by playing matches and completing objectives.

You will now get experience for doing a variety of actions instead of just shooting out the competition, making it easier to level up for those that may find it hard to actually kill other players.

Less grinding is always a good thing in a free-to-play game like this.

For more on everything Fortnite Chapter 2, stick with Twinfinite. You can also check out our extensive Fortnite Wiki Guide if you need any pointers.