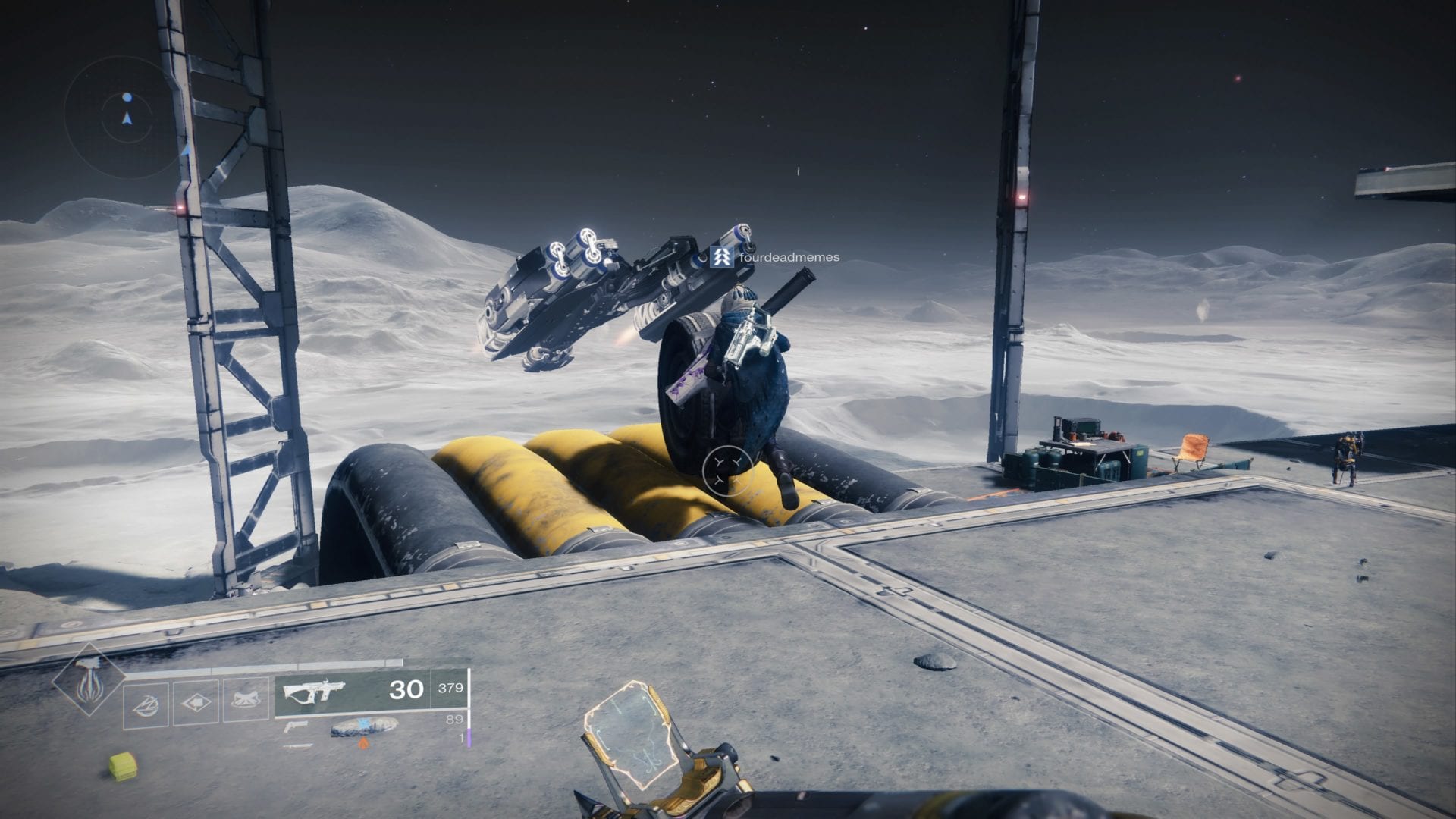 How to Play the Tire Game in Destiny 2: Shadowkeep

First things first, you’ll need to actually head on over to the Moon since that is where the game is located. Normally this would be the part where I say you need Shadowkeep to do this, but you actually don’t since all locations are now open to all players, even free-to-play Destiny 2 blueberries. So once you have the locale unlocked, head on over.

Once you’re on the Moon, spawn in on the south side near where Eris Morn’s shop is set up. Right to the south of her location, you’ll see a machine and a large ramp that leads down to a bunch of craters out in the distance. See the picture below if you’re having trouble finding it.

There’s a console there that you can interact to play the Tire Game for five Helium Filaments. Go ahead and cough up the Helium and a tire will pop out of the machine and begin heading down towards the ramp.

The object of the Tire Game is to get a tire into one of the craters that are out in the distance. There’s a lot of RNG involved (it is Destiny 2 after all) but you can manipulate the trajectory a bit by either giving it a boost by running into it, pushing it along the sides, or not touching it at all and just pushing it the minimum amount

You get three tires and the more tires you get into the craters the higher your score will be.

To be honest, I’ve never gotten anything higher than a low score, so I unfortunately can’t report back yet what you get from winning the Tire Game. But if you do hit all three tires and get a high score, let us know what happens below in the comments! If I step my Tire Game up at some point, I’ll update this post with more information.

In sum, here’s how to play the Tire Game in Destiny 2: