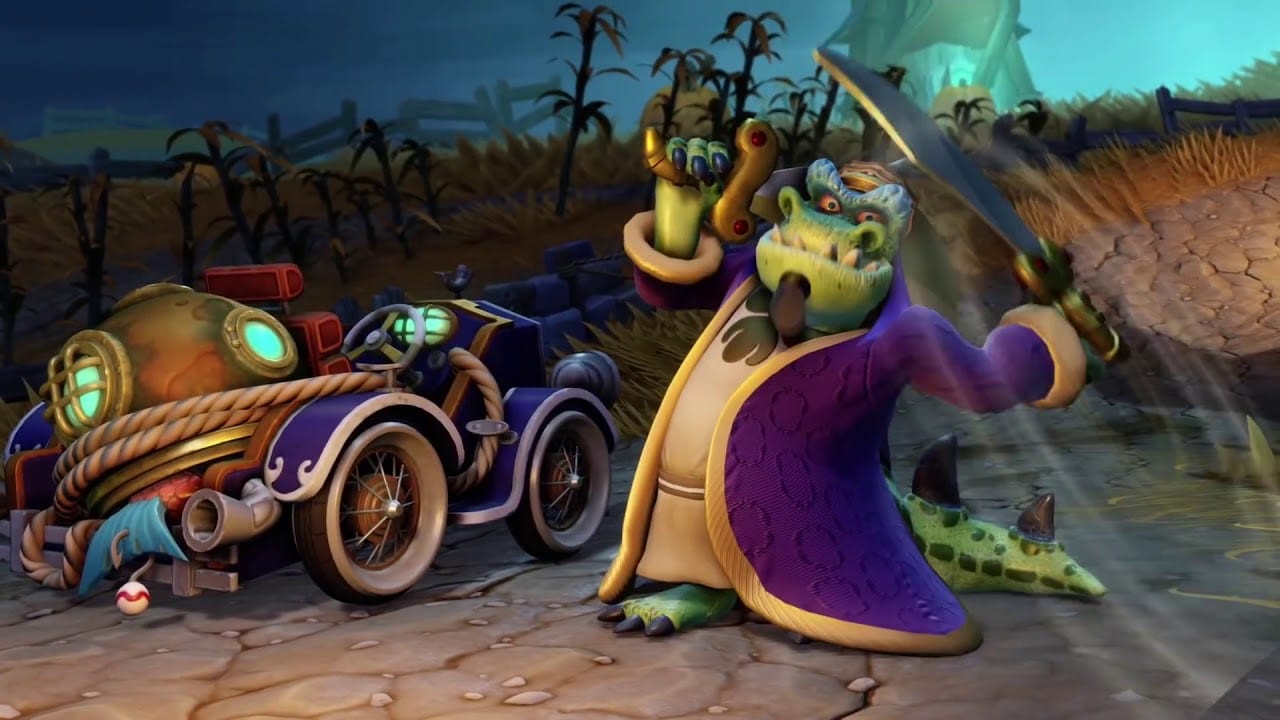 Crash Team Racing Nitro-Fueled has got in the Halloween spirit with its newest Grand Prix: the Spooky Grand Prix.

In lieu of pumpkin spice lattes and autumnal sweaters, the game has opted to go down the delightfully cartoonish Halloween route with its new track Nina’s Nightmare, a handful of additional karts, a new challenge type, new rewards, and a series of smaller adjustments to keep the experience feeling fresh.

New characters Nina Cortex, Dr. N. Brio, and Komodo Moe have been introduced, described as a “devious” trio of fan -favourite Crash universe characters.” Nina will be found in the Nitro Gauge, whereas N. Brio and Komodo Moe can be seen in the Pit Shop.

The Grand Prix’s principal track, Nina’s Nightmare, comes straight from the creases of Nina’s mind as players must navigate “misty marshes, eerie gardens, and twisted hallways.” Players will be able to negotiate these new tracks in a trio of new karts: Nautalis, Skull Rider, and Phantom.

The most interesting kart appears to be the Phantom, mostly due to its ornate-looking aesthetic inspired by Crash Team Racing’s Organ Grinder kart.

A set of thematic items have been added, too, including Spectral wheels and totally spoopy paint jobs.

In terms of adjustments to the base game, the Spooky Grand Prix will be packaged with a few changes, the most considerable concerning changing driving styles. Now, players will be able to swap to their chosen driving style regardless of the character they have picked. To keep players on their toes, Beenox has added a new ‘Drift’ driving style, too.

Announced in a short but personality-filled trailer, developer Beenox showed off the new track, as well as a couple of new karts, which can be found embedded below:

Crash Team Racing Nitro-Fueled is currently available on PlayStation 4, Nintendo Switch and Xbox One. More details can be found on the Activision blog.

For more on the game, be sure to revisit our thoughts on Crash Team Racing Nitro-Fueled