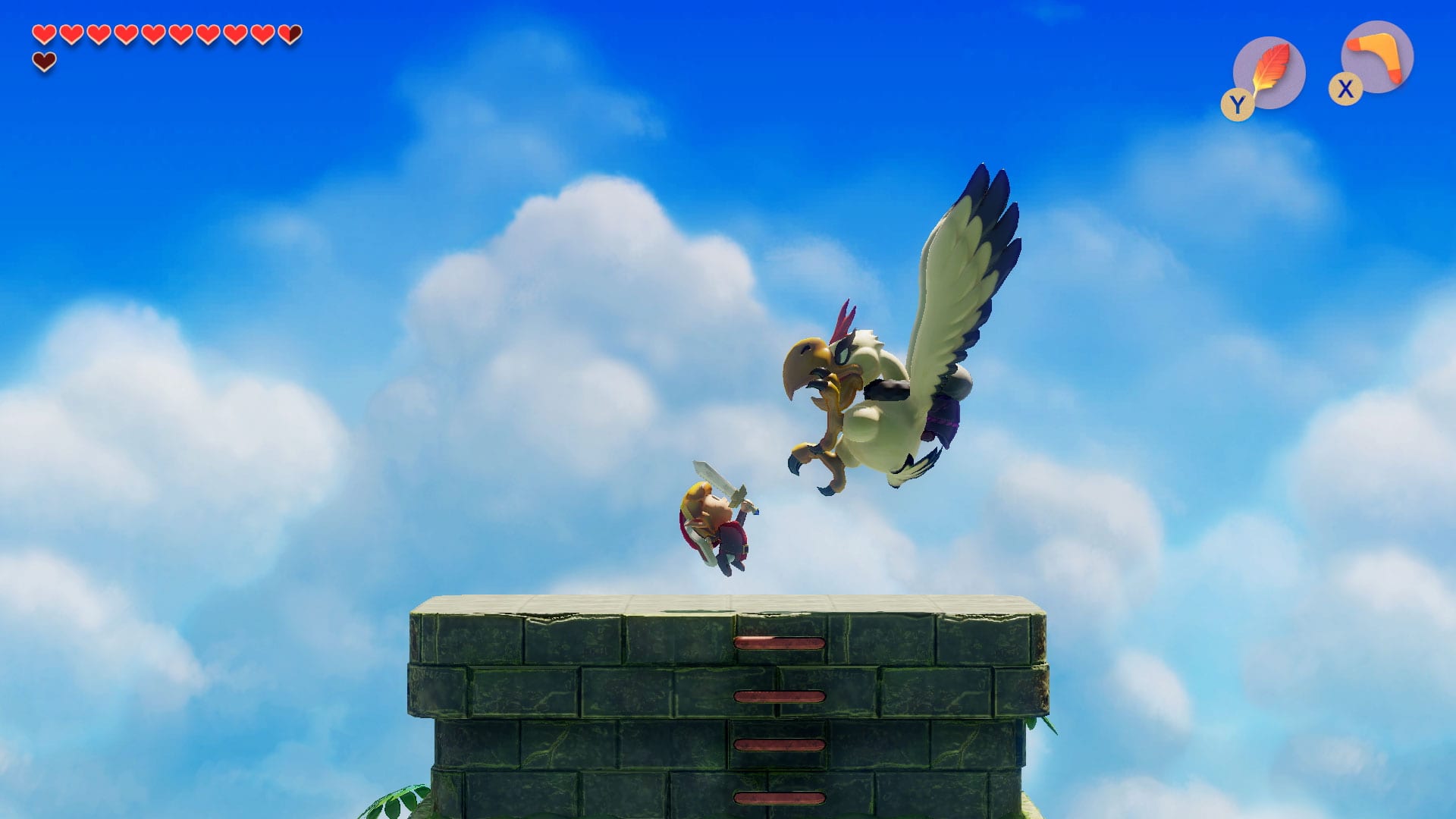 Link’s Awakening is and adorable and charming new Zelda that is a full-fledged remake of the classic title that released on the Game Boy back in the day. Since it is a Zelda game, you might be stuck on a certain puzzle. Here’s how to get the bird key to unlock the Eagle Tower dungeon in Link’s Awakening.

How to Get Bird Key in Link’s Awakening

Getting the bird key in Link’s Awakening can take a little bit of time considering that there are several steps that you need to do in order to unlock the seventh dungeon, the Eagle Tower.

The first thing that you’ll need to grab is a special song for your Ocarina that brings people back to life called The Song of Soul.

How to Get Song of Soul

Once you get the hookshot, head on over to the signpost maze in the southwestern section of Ukuku Prairie.

You will see a ton of signs that have different directions on them. In order to solve the puzzle, you need to follow the directions that the posts are telling you and you will eventually reach an underground area that is home to a frog named Mamu that’ll teach you the song that is used to bring a dead rooster back to life, but he’ll charge you 300 rupees.

How to Bring the Rooster Back to Life

Now, go back to Mabe Village and you know that weather vain where Marin is usually at? You can push it up one tile and find a cave underneath, and this is where you’ll play the Song of Soul.

Where to Take the Rooster

The rooster on the ground will come to life and it will follow you wherever you go and will allow Link to fly over long distances… well hover.

Take the rooster north of Dampe’s Shack into the Tal Tal Mountain Range. You’ll see a path blocked by two boulders so throw them out the way to continue.

You’ll eventually pass by ladder but you want to go up the second ladder after that one; climb up it and enter the cave that’s blocked by boulders. Go through the cave and you’ll eventually come back out to the mountain range and then go forward on the path until you find some deep water.

Go up the ladder from the pool of water and then go into the first cave you see and then you’ll eventually see huge gap in the ground. Grab the chicken and you’ll be able to hover over the space and grab the bird key on the other side.

To sum things up, to get the Bird Key:

And that’s all you need to know about how to get the bird key in Link’s Awakening to unlock the Eagle Tower dungeon. For more Link’s Awakening tips and tricks, be sure to consult our ever-expanding wiki guide right here.