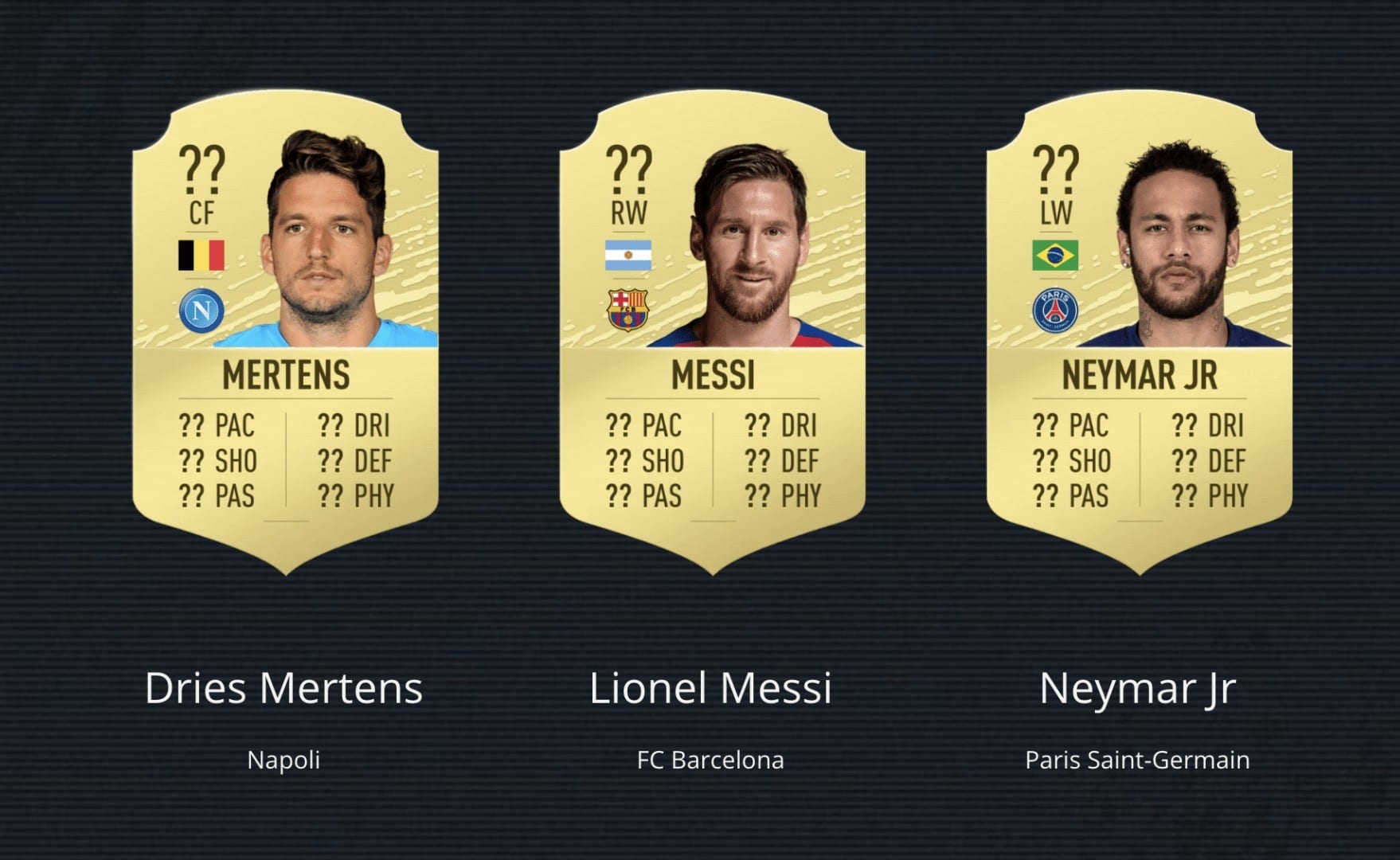 EA Sports has revealed the top 100 rated players in FIFA 20. We won’t know their actual ratings until Monday, but we know who the players are and what their positions will be in the full game.

A new video has also been released to mark the beginning of the ratings reveal. It reveals the ratings of some players, such as the confirmed OTW players, like Nicolas Pepe and Aaron Wan Bissaka, and the long awaited Kaka cards.

Kaka will have four cards. His base will be 87 rated, his mid will be 89, and his Prime will be 91. We don’t know what the fourth card will be quite yet, but it could be the return of last season’s Prime Moments.

You can see a screenshot below from @FutSpy on Twitter that shows off the OTW cards.

As for the top 100 players, you can check them all out on EA’s website, where they are broken down by position. You can’t see any of their stats, including their overall rating, but you can see who’s part of the 100 club.

There are some interesting pieces of information you can get from the site too. For example, Heung Min Son and Kylian Mbappe will both have central based cards (CF and ST respectively) while Bernardo Silva and Neymar remain wingers (RW and LW).

Also, a screenshot from the video that was released briefly hints at who the top three players in FIFA 20 will be. As you can just about see, Cristiano Ronaldo should be the highest rated player, following by Lionel Messi and probably Neymar.

FIFA 20 player ratings have been leaking all week, with EA suggesting that it was down employees accidentally uploading clips to the Xbox Live library, but the leaks have continued.

Some have been fake though, with one suggesting that Cristiano Ronaldo will be 93 rated in the upcoming game. Unless both him and Messi have been downgraded, the new video suggests that he’ll remain a 94 rated card.

Check back here on Monday (Sept. 9) to see the ratings of the top 100 players in FIFA 20 Ultimate Team.